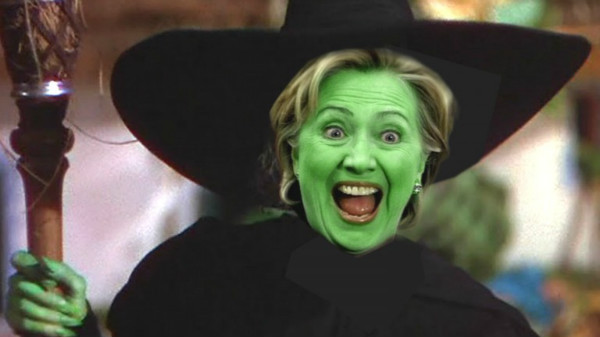 It was in the cards

Hillary Clinton, former Secretary of State and Senator from New York will be traveling to Salem, Massachusetts on October 31, to announce her candidacy for president. Campaign manager, Shepard Smith, is confident his candidate has the energy to keep up with her seemingly tireless arch-rival, Donald Trump. When pressed further about Clinton’s history of coughing “spells,” Smith explained that Hillary “Just had a frog in her throat.”

Clinton, known for communing with the dead while First Lady, is said to be working with Jennifer Love Hewitt, honing her skills at animating deceased voters and ogling cleavages. Asked by another reporter who she might select to replace the ailing Justice Ruth Bader Ginsburg on the Supreme Court, she smiled and whispered, “That won’t be necessary.”

Feminists around the country will be excited to have their favorite candidate back in the race. Current contenders Biden, Warren, and Sanders were contacted for comments.

Former Vice President Joe Biden warned the press that Clinton’s unlikable and aggressive nature would cost the Democrats the White House. Asked to give an example, Biden recalled Hillary roughly shoving him aside at an event as he attempted to catch a whiff of Huma Abedin’s hair.

Bernie Sander’s campaign manager stated that the Senator wished Clinton well, but was not available for further comment. He was said to be currently involved in a rather large real estate transaction in the Hamptons.

When reached by reporters for comment, Senator Elizabeth Warren scoffed dismissively, demanding Hillary immediately take a DNA test to prove she was a witch.

David Brockett is a Vietnam Veteran and former Marine aviator. He has worked in the field of mental health as a counselor and hospital administrator. After retirement he volunteered with the US Forest Service as a wilderness ranger and horse packer. He writes fiction and historical fiction, as well as articles on politics, religion, gun-rights and current events. In his free time he volunteers with veteran’s groups and community projects. He and his wife divide their time between their home state of Texas and Idaho.