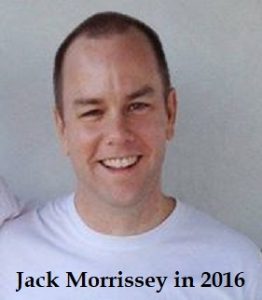 That day, the boys, wearing red Make America Great Again (MAGA) hats and sweatshirts, participated in the March for Life in Washington, DC. The video shows the boys surrounding, laughing and jeering at an elderly Native American man singing and playing a drum, who is identified as Nathan Phillips, an Omaha elder and Vietnam veteran.

Wiping away tears, Phillips said: “When I was there singing, I heard them [Covington boys] saying ‘Build that wall, build that wall’. This is indigenous lands. We’re not supposed to have walls here. We never did.” (WDBJ7.com)

The Covington boys were roundly denounced by media outlets and their hometown mayor. The Covington Catholic School, Diocese and Archdiocese issued abject apologies and condemnation of the students.

It turns out the full video of the incident shows an entirely different version of what happened.

Instead of the Covington boys harassing Phillips, it was Phillips and a group of fellow Native American activists who approached the boys who were doing school cheers. (The March for Life coincided with an Indigenous People’s Rally.)

As you can see in the video below, posted to YouTube on January 18, the day of the incident, Phillips tests several of the boys, then targets one of them (0:58 mark). Chanting, Phillips gets in the boy’s face with a metal drumstick and drum. Another Native American man tells one of the students, “White people go back to Europe. This is not your land.”

One of the Covington students told the Gateway Pundit that they were waiting for their school bus and doing school cheers when four Black Israelites got belligerent with them: “We were standing there when a group of four African Americans started calling us ‘crackers’ and ‘school shooters’” and told one of the Covington students, who is black, that “we will harvest his organs” when he gets older.

In a Facebook post about the incident, Frejo wrote that he was wandering around the area when:

“all of the sudden this mob of youth from the Covington catholic highschool make there onto the steps overlooking the African American brothers and start heckling them with loud maga chants and I quickly realize whats going on when the white bro next to me says their wearing maga hats and shirts. At that moment…I wanna go over there and stand in solidarity with the brothers and just sing.”

Although the full video of the incident was posted to Facebook on January 18, the truth didn’t stop Jack Morrissey, a Hollywood producer of Disney’s Beauty and the Beast and two Twilight Saga movies that romanticize blood-sucking soul-less vampires, from calling for the murder of the Covington boys.

On January 19, 2019, referring to the Covington boys, Morrissey tweeted that “MAGAkids” should be killed by putting them, “screaming, hats first, into the woodchipper.”

It is not just Jack Morrissey who’s calling for violence against these innocent Covington boys.

Failed actor and ‘comedian’ Ben Hoffman, who goes by the stage name ‘Wheeler Walker Jr.,’ called for violent sexual crimes to be committed against the minor teens and even offered a reward to whoever can stalk and find the minor child and “punch him in the nuts.” (Gateway Pundit)