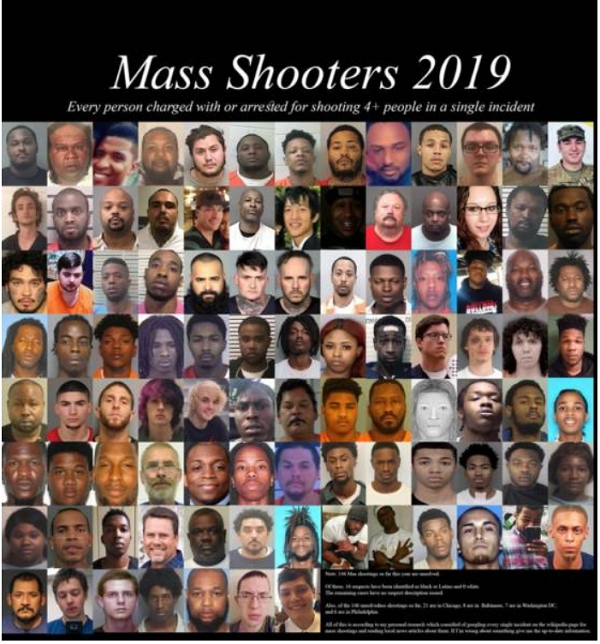 The post-constitutional system the US government created in the wake of 9/11 to supposedly go after Muslims in far-off lands is now slated to be used aggressively on Americans.

Department of Homeland Security is finally, officially recognizing white supremacist terror as a major national security threat in the U.S. — a threat that’s coming from the inside.

Acting DHS Secretary Kevin McAleenan on Friday unveiled the department’s new counterterrorism strategy, which for the first time places major emphasis on countering the threat of white nationalism coming from inside the U.S.

Trump resisted calls to do just this in the past but Acting DHS Secretary Kevin McAleenan is pushing through with it. McAleenan is a die-hard leftist that Trump appointed who made a splash in June by allegedly sabotaging a major planned ICE raid by leaking details to the press.

The news will come as some relief for national security and extremism experts, who for years and with increasing urgency have sounded the alarm about the threat of white nationalist terror. After the Christchurch mosque attacks in March, President Donald Trump himself shrugged off the idea that white nationalist terror posed a major security threat. His administration has also defunded and dismantled DHS programs that were designed to counter violent extremism, including far-right extremism. At a House committee hearing earlier this week, experts stressed that the U.S. was woefully ill-equipped to counter the threat.

DHS was created in the wake of the 9/11 attacks, and since then its counterterrorism strategy has been largely focused on the threat posed by foreign groups, like ISIS and al Qaeda. Friday’s announcement and formal recognition of white supremacist terror marks a major turning point for the department.

White supremacists are replacing Muslim terrorists as the new boogieman used to strip Americans of their rights — complete with fake stories about WMDs and everything.

The mass shootings which can be blamed on white supremacists are amplified to the hilt while those carried out by leftists are entirely ignored. Muslim terror attacks were similarly amplified in the past when the agenda was to conquer the Middle East, whereas these days they’re downplayed in the interest of advancing prog-globalism and open borders.

McAleenan, speaking at a Brookings Institution event, said that after the attack at a synagogue in Poway, California, he organized a subcommittee to explore how to secure faith-based organizations from similar attacks. From there, he said, they started to devise a “strategic framework that would build on our success against foreign organizations and incorporate lessons learned.”

After a white nationalist targeted Hispanics shopping at Walmart in El Paso, Texas, in August, leaving 22 dead, McAleenan said he was even more confident that DHS needed a new counterterrorism strategy.

Many of the priorities listed in the 41-page document align with what extremism and counterterrorism experts have suggested during various recent hearings on domestic terrorism before congress.

For example, the report notes that national-level statistics on terrorism and targeted violence are inadequate, and so the department will work closely with state and local agencies, plus academic and non-governmental organizations, to improve their data collection and analysis.

Other measures include using fusion centers — intelligence hubs for federal, state and local law enforcement — to share information about terror threats. They also plan to spearhead initiatives to raise awareness about disinformation, and “halt the spread of information operations intended to promote radicalization to violent extremism or mobilization to violence.”

This is about the establishment regaining control of the narrative.

A newly leaked document from the FBI's field office in Phoenix labels people who theorize about conspiracies as a "new domestic terrorism threat."
https://t.co/OfN01uLzFg

The US military is now admitting that it is going to start censoring social media, claiming so-called "fake news" is a supposed threat to "national security."

And what is to stop it from censoring anti-war journalism it doesn't like? Nothing, of coursehttps://t.co/dQ6iOYvMsr

“The United States faces an evolving threat environment and a threat of terrorism and targeted violence within our borders that is more diverse than at any time since the 9/11 attacks,” McAleenan said on Friday. “We are acutely aware of the growing threat from enemies, both foreign and domestic, who seek to incite violence in our nation’s youth, disenfranchised, and disaffected, in order to attack their fellow citizens.”

While it’s not a comforting reality to acknowledge, the truth is nothing can be done to stop lone wolf attacks when the perpetrators are not on anyone’s radar.

Even when they are on the FBI and police’s radar — as happened with the Odessa shooter Seth Aaron Ator who called police and the FBI repeatedly for years as well as before and after his shooting spree — they still can’t stop the shooting.

CBS News Correspondent Mireya Villarreal on the Odessa assailant: “He had been calling the police and the FBI *for years* leaving these incoherent messages”pic.twitter.com/lZHDlXx8nL

Police were called to the home of Parkland shooter Nikolas Cruz 39 times and yet he was shielded from prosecution in the name of “fighting systemic racism.” 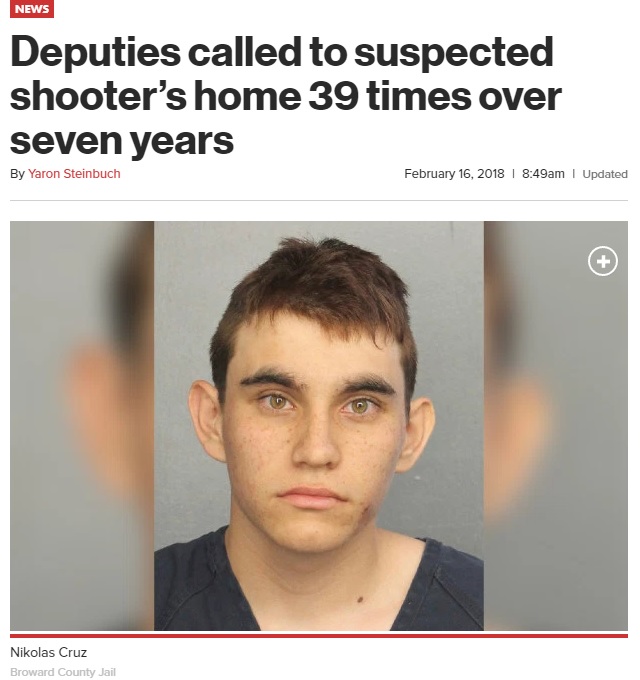 On the other hand, armed private citizens have stopped dozens of mass shooters in their tracks.

Rather than address the very real problems causing the collapse of our society — mass alienation, drug usage, the break down of the family, healthcare becoming deathcare, sickness, obesity, etc. — all our compromised ruling class are interested in is cracking down on dissent and making the problems even worse.