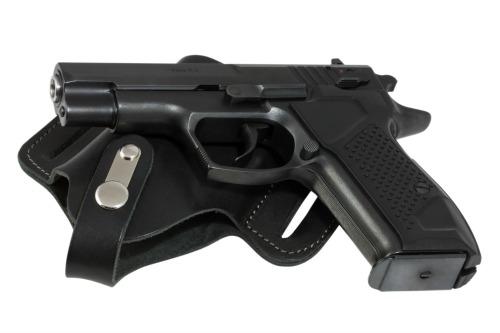 The House of Representatives voted 263 to 158 on a Democrat-led bill to reauthorize the Violence Against Women Act on Thursday. Only 33 Republicans voted for the legislation. However, anybody who tries to cast those numbers as Republican indifference to violence against women isn’t telling the whole story.

“Republicans are committed to reauthorizing VAWA, however, Democrats have refused to engage on the issue in a meaningful, bipartisan manner and instead rushed a partisan bill to the floor,” reads a statement from the office of Minority Whip Steve Scalise, R-La.

In a Wednesday speech on the House floor, Rep. Chip Roy, R-Texas, said the current bill is nearly “unrecognizable from the legislation originally passed in 1994.”

“In the name of protecting women, Democrats are exploiting this bill as an opportunity to assault the Second Amendment rights of American citizens,” Roy continued, “and it’s despicable that anyone would seize on this as such an opportunity to weaponize a measure that was intended to protect victims.”

As Tom Knighton explains over at BearingArms, Second Amendment advocates take issue with the bill as written because, while federal law already bars convicted abusive spouses from purchasing guns, the new bill would take away Second Amendment rights for things that aren’t felonies and aren’t considered domestic violence.

“The NRA opposes domestic violence and all violent crime, and spends millions of dollars teaching countless Americans how not to be a victim and how to safely use firearms for self-defense,” according to a statement from NRA spokeswoman Jennifer Baker to Fortune Magazine. “The gun control lobby and anti-gun politicians are intentionally politicizing the Violence Against Women Act as a smokescreen to push their gun control agenda. It’s appalling that the gun control lobby and anti-gun politicians are trivializing the serious issue of domestic violence.

“How it’s written right now, you could be convicted for a misdemeanor stalking offense for a tweet that causes someone emotional distress and then you would be prohibited from owning a firearm,” Baker further explained to the New York Times.

Second Amendment advocates say that the part of the bill dealing with protection orders would allow judges to effectively strip people’s rights away without proper due process.

“By now, we’ve had a lot of experience with these ‘quickie’ proceedings. And we know that they are frequently used by jilted lovers to exact revenge — and are also used by abusers to disarm their battered victims,” according to a statement from Gun Owners of America.

“We also know that accusers frequently lie, and seldom are called to account for it,” the statement adds.

In a video published at the Daily Signal, conservative congresswoman and domestic abuse survivor Debbie Lesko, R-Ariz., explained her opposition to these provisions in the current version of the bill:

“The Democrat version of the Violence Against Women Act takes away Second Amendment rights from people without due process. When I got an order of protection against my ex-husband many years ago I went to a justice of the peace and wrote down why I was threatened by him. And the justice of the peace gave me an order of protection. My ex-husband was not there. But under this bill, it would have taken away his gun rights.”