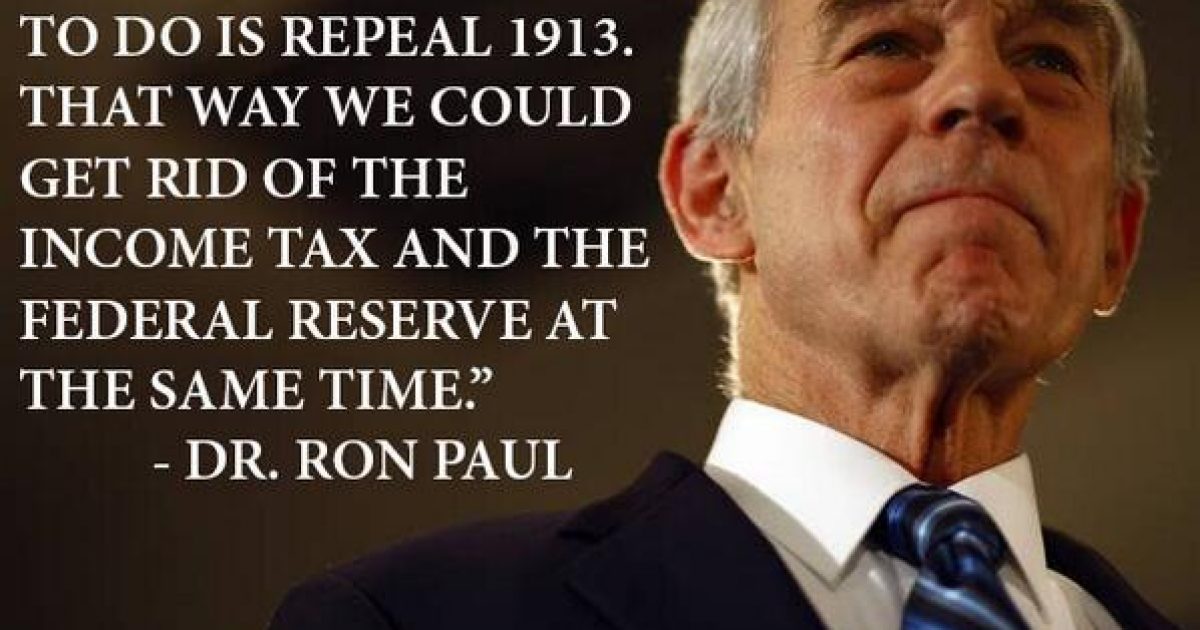 House Republicans have submitted two pieces of legislation for the new session of Congress. Two of them are vitally important in bringing down the beast of the federal government. One of the bills is a resubmission to audit the Federal Reserve to pave the way for abolishing it. The other seeks to completely abolish the Internal Revenue Service.

In case you are not familiar, this is the very thing that former Texas congressman Ron Paul pushed for in order to abolish the Federal Reserve, which is what his book End the Fed

The history of the Fed is nothing short of a criminal conspiracy, and that conspiracy’s details are laid out in the classic work by G. Edward Griffin titled The Creature from Jekyll Island.

Additionally, Representative Rob Woodall (R-GA) introduced HR25, which is a bill to abolish the IRS.

According to Woodall’s bill, which has been referred to the House Committee on Ways and Means, “To promote freedom, fairness, and economic opportunity by repealing the income tax and other taxes, abolishing the Internal Revenue Service, and enacting a national sales tax to be administered primarily by the States.”

Of course, a lot of this gets entangled into other things such as how the federal government is going to pay for unconstitutional wars and the unconstitutional welfare and entitlement programs it has strapped to the citizenry.

Bringing the federal government back into the limits of constitutional spending and keeping the states from taking the money from the feds must go hand in hand with these bills. A return to making foreign countries fund the federal government through tariffs would be the way to keep the burden of taxation off the backs of the American people and shutting down a money printing scheme that devalues our dollar would be a big plus in the economy.