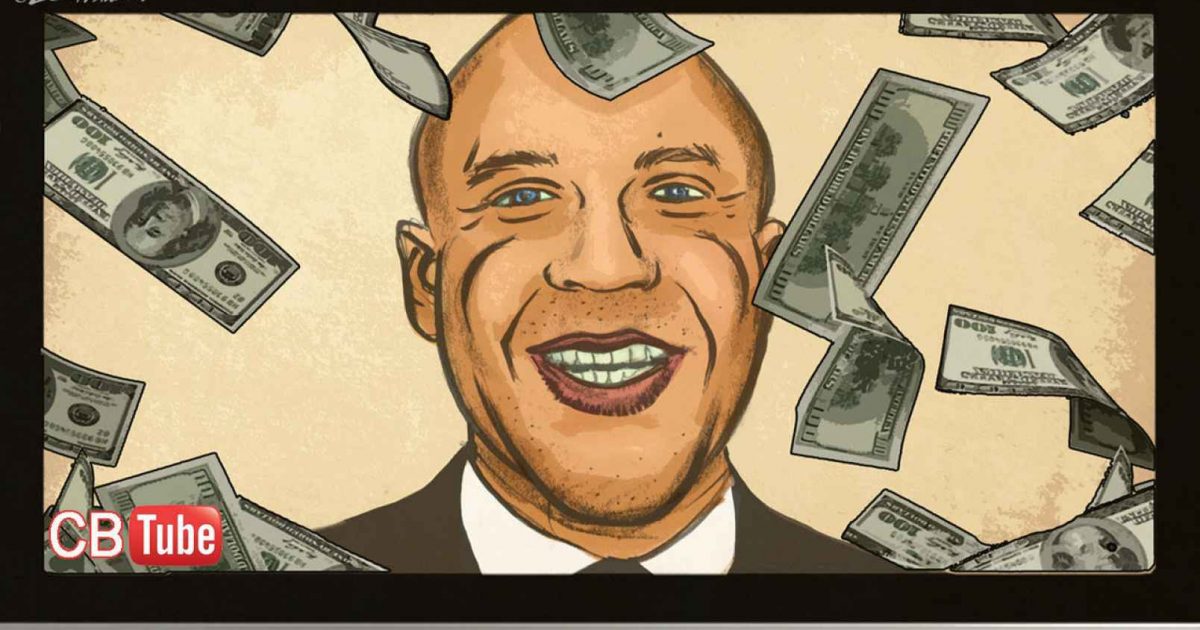 In 2010, Mayor Cory Booker and Mark Zuckerberg were sitting across from Oprah while the Facebook boss announced a $100 million donation to Newark’s failing public schools. When the two men next met up, in a prominent forum, Senator Booker was questioning Zuckerberg about Facebook’s role in racism. The $100 million had long since vanished. So had the friendship between Zuckerberg and Booker.

And the money is drying up too.

Beto O’Rourke was able to raise $6.1 million within 24 hours of his campaign launch while Booker struggled to make $5 in his first fundraising quarter. Once upon a time, Booker owned Silicon Valley. The connections that he made would once upon a time have given him a huge war chest right from the start.

Booker’s problem was that he got greedy. And he failed.

The former isn’t necessarily a crime in an industry that wears a patina of altruism over the mass defrauding of everyone in sight. But failure carries a price. And 6 years later, Booker is still paying it.

Some of his old pals in the industry are still sticking by him. LinkedIn co-founder and old classmate Reid Hoffman and former Google boss Eric Schmidt are still helping him. But it’s not enough. Booker’s ties with them go back to his Waywire days. And that forgotten chapter in his career may help explain why an industry that once loved Booker is so cool to him. And why Oprah doesn’t call much anymore.

Booker, Zuckerberg and Oprah made a strange trio. Booker, Oprah, and the big bosses at Google and LinkedIn also made a strange group. But they were among the investors for Booker’s Waywire.

Waywire was supposed to be a more “progressive” version of YouTube that would click with young people. Oprah, Schmidt and Hoffman helped raise $1.75 million for the site. Even while Booker was serving as the mayor of a failed city, he had used celebrity and tech pals to create a company in which he owned a share of as much as $5 million. Not that he seemed to want anyone to know about it.

Booker failed to disclose the shares, the bulk of his financial assets, in his disclosure forms. He only disclosed them on the day that the New York Times ran a piece revealing his dubious behavior.

Despite his seemingly marginal status at Waywire, Booker received a larger stake than the people who were actually running it. It employed his Senate campaign social media consultant, and gave a board seat to the 15-year-old son of CNN boss Jeff Zucker, raising questions about whether Waywire was even a real company or a platform for a future presidential campaign.

There’s good reason to think that Waywire was a failed plan for a different kind of campaign.

Its stated business model was too stupid for tech royalty to invest money in it. Waywire would either push corporate video content to teens or form the core of a movement. One of its founders had compared Cory Booker to MLK.

“Social media is a movement,” she had claimed, “and Cory Booker is a leader in this movement.”

Waywire failed miserably. A year after its launch, it managed a little over 2,000 visitors in one month. Whatever money was poured into it was wasted. It never rivaled YouTube or even helped Booker. But, had it succeeded, Cory Booker would have figured out how to make a fortune while accepting unlimited donations for a campaign platform. It was a Silicon Valley plan for a political operation.

By 2016, Booker would have been a billionaire with a popular millennial video platform. Even if Waywire hadn’t been more than an also-ran, Google might have still acquired it for hundreds of millions.

All Booker had to do was harness his popularity to deliver better traffic than 2,000 visitors a month.

But his investors didn’t get in on the ground floor of a campaign operation slash huge payoff. Like Mark Zuckerberg in 2010, they ended up being shmucks who lost money believing in a political scam artist.

Not that we know for certain. Booker’s finances exist in their own black hole.

That year, in 2013, as he prepped his senate race, his campaign announced, after pressure from Republican opponents, that he would be releasing 15 years of tax returns. By releasing, the Booker campaign meant that it handed copies to reporters in a Newark hotel room, didn’t let them make copies, and then demanded them back. The typical behavior of a politician with nothing to hide.

Booker also announced that he was stepping down from Waywire and donating his shares to charity. It’s unclear which charities he donated them to or how much they were worth, but that same year saw a boom in his charitable donations. In 2013, he recorded an incredibly generous $469,906 in donations.

That was a truly impressive amount for a year in which he had only made $540,000 while claiming $241,917 in charitable deductions. He paid $72,292 in federal taxes and got a $3,210 refund. Much of those donations seemed to involve stocks and were uncharacteristic for his current donation profile.

The tax returns, no longer secret, reveal that Booker had sold his stock in Newscorp, the parent company of FOX News, and Lone Pine Resources, an oil and gas exploration company. He had also donated shares of Yandex, Russia’s top search engine, linked to Putin, to local charities.

Booker was getting rid of his politically inconvenient investments.

It no longer exists.

There have been no huge public breaks with Booker over Waywire. Just a general coolness. Oprah once lavished Booker with gobs of attention. Now she sat down for an interview and helped out in his Senate race. But the groundbreaking push that helped make Obama and Booker into national figures is absent.

Silicon Valley still donates, but the former Stanford pal is no longer the industry’s big bet.

Cory Booker is polling at 2% in New Hampshire. Even in South Carolina, what ought to be his strongest state, his numbers dropped, cut in half, to 4%. His RCP average is equally miserable.

His fundraising lags behind all of the major candidates. And even one of the minor ones.

Waywire may help explain why.

Back in the day, Booker boasted of how easy it was to raise $1.75 million for Waywire because of the “power of the idea”. The idea however, like so much of digital publishing, was silly. The aspiring politician tapped into resources he would have needed now in the hopes of getting very rich.

Instead, he miscalculated. Badly.

Since then, the former darling of Silicon Valley has reinvented himself as an unconvincing critic of the industry. But every Booker reinvention is equally unconvincing. And nobody buys it anymore.

The former icon has pumped and dumped his way through politics, industries and entertainment.

For a brief and shining moment, Booker had a possible $5 million stake in the next big thing. Then his investors realized that there was nothing there. Not in Waywire or in Booker. Both were equally hollow.

Cory Booker is still burning cash chasing his White House dream. But he lost that opportunity in 2013. And when 2020 wraps, he will have burned through his donors and possibilities, and be truly worthless.