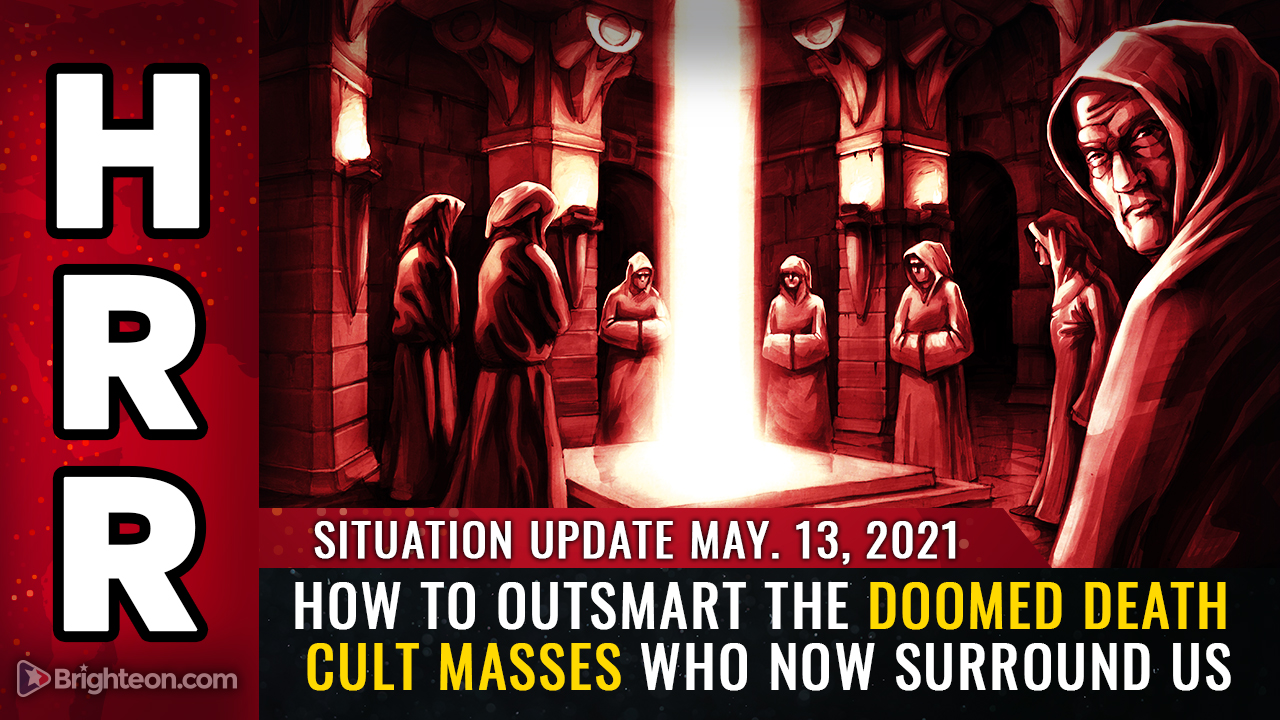 (Natural News) The masses walking around society today have become a death cult of lunatics who believe a long list of insane, self-destructive things:

These are insane, destructive ideas, yet they are being pushed so aggressively by the contrived fake news media and culture programming channels that most Americans now believe these things.

The Deagel.com website has long predicted a plunge in U.S. population from 330+ million to under 100 million. Although this prediction was removed on April 20th of this year, Deagel.com’s prediction foreshadows a simple, powerful truth about the American people: The majority of Americans have joined a death cult of sorts, where their own beliefs and actions can only lead to their own destruction.

– Those who demand the shutting down of fossil fuels are begging to die from starvation.

– Those who demand to be repeatedly injected with experimental “vaccines” are begging to die from adverse reactions like blood clots.

– Those who demand a race-based civil war are begging to die in that civil war. (The racist, anti-White leftists own the fewest guns…)

– Those who demand a communist takeover of America have no clue that they would be exterminated by those very same communists.

– Those who demand free government handouts and refuse to work are begging to die from starvation and violence as society collapses due to the fact that nobody is working or producing anything.

We are surrounded by death cultists who pretend to be “woke.” They’ve become insane lunatics who lack any last semblance of cognition or logic. They are very nearly zombified former humans who behave as if they no longer have souls.

As a stunning, easily observable example of this, note that the CDC has just announced that “fully vaccinated” people no longer need to wear masks at all, not indoors or outside. Not even in social situations.

Watch and see how many obedient zombies continue to wear masks anyway, because they are emotionally and psychologically tied to the virtue signaling obedience of mask wearing. They love their servitude! They love their masks! Anyone walking around wearing a mask after this CDC announcement is a brainless, soulless zombie.

In every city in America, you will notice the zombies are now the majority.

So it’s not difficult to understand how nearly three out of four Americans might be exterminated in the next five years, should this insanity continue. There’s no doubt in my mind that at least half the nation would gladly volunteer to die if it meant virtue signaling to the “woke” crowd.

But as I mention in today’s Situation Update podcast, if there are fewer than 100 million Americans still alive after all this, those survivors are going to be the toughest, most prepared, survival-mindset Americans of all. The mass death wave now targeting American’s oblivious zombies will only remove the stupid and the weak… that is, people stupid enough to get vaccines and weak-minded enough to believe what “authorities” tell them.

You can bet the remaining survivors won’t be libtards and soy boys.

In a twisted kind of way, Bill Gates and the vaccine industry are actually getting rid of the most useless members of society — people who are nothing more than obedient zombies who have absolutely nothing to contribute to the real progress of human civilization.

Leftist lunatics won’t be happy until they destroy themselves and as many others who willingly go along with their suicidal agendas. Your job is to avoid getting swept into this death wish / “Heaven’s Gate” cult mindset and maintain your sanity over the next few years as all this unfolds.

Discover a new podcast each weekday — plus lots of new interviews (six new ones recorded this week) — at Brighteon.com: