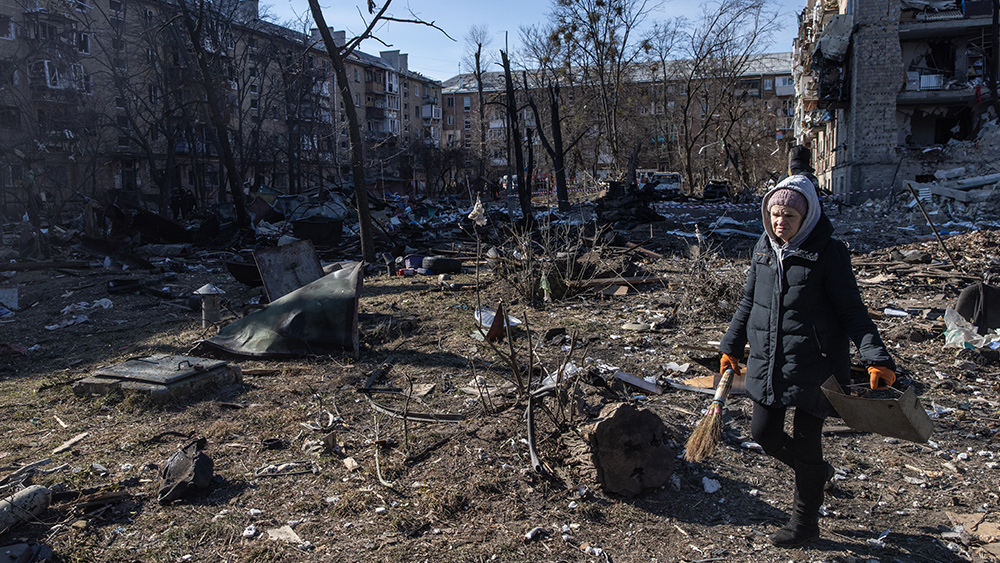 (Natural News) Russian forces continue to make advances into Ukraine in what President Vladimir Putin has dubbed a “special military operation” even as Kyiv’s forces are still pushing back hard in other parts of the country.

More than 1,200 fighters have surrendered at Mariupol’s Azovstal steelworks plant since the initial reports earlier this week that 300 had laid down their arms, with the wounded transferred to a Russian-controlled hospital, the Russian Ministry of Defense noted.

The MoD said that “694 Ukrainian fighters who had been holed up in Mariupol’s Azovstal steelworks have surrendered over the past 24 hours, according to a report by the country’s RIA news agency,” Al-Jazeera reported.

But, according to regional reports, the Ukrainian Azov battalion’s top commanders had not yet come out of the Azovstal plant. Pro-Russian separatist leader Denis Pushilin was quoted as saying about the top officers: They have not let [the plant].”

Those reports come in spite of Ukrainian military and defense officials saying on Tuesday that there had been an intentional decision made to end “combat operations” there. Ukrainians who laid down their weapons were taken prisoner and moved to Russian-controlled areas. The Kremlin touted the move as an obvious “surrender.”

For his part, Ukrainian President Volodymyr Zelensky called it an “evacuation” operation.

“The operation to rescue the defenders of Mariupol was initiated by our military and our intelligence officers with the goal to return them home. The work continues and this work requires tact and time,” he said.

In keeping with their intent to push a certain pro-Ukraine narrative at all costs — in order to protect the $40 billion in new support paid for by American taxpayers — U.S. media outlets stuck up for the regimes in Kyiv and Washington, refusing to report the action as a “surrender.”

“Hundreds of Ukrainian fighters were taken by bus to Russian-controlled territory,” a New York Times report said, as an example. “Ukraine’s president said the combat mission in the city was over, capping some of the longest, fiercest resistance.”

Meanwhile, a separate report claims that Putin has replaced several top military commanders from the ranks following poor performances on the battlefield and unrealized objectives since the Feb. 24 invasion, according to The Foreign Desk, which cited intelligence officials from the United Kingdom:

The war in Ukraine has persisted for three months and western defense officials have repeatedly said Russian President Vladimir Putin’s ambitions in the former Soviet nation are flagging.

Moscow’s inability to make significant advances, capture Kharkiv and the sinking of the Russian warship the Moskva in the Black Sea – which was reported to be the notorious vessel involved in the Snake Island exchange during the early days of the war – has resulted in suspensions among leaders in Russia’s military.

The U.K. Ministry of Defense claimed “a culture of cover-ups and scapegoating” has plagued Russia’s military and security sectors.

“Many officials involved in the invasion of Ukraine will likely be increasingly distracted by efforts to avoid personal culpability for Russia’s operational setbacks,” the ministry added.

UK intelligence officials said that they think the organizational issues will put new stresses on Russia’s “centralized model of command and control,” which is a holdover from the days of the Soviet Union, and will lead officers on the ground to defer battlefield decisions to distant commanders.

“It will be difficult for Russia to regain initiative under these conditions,” the ministry concluded.

Reports continue to surface that Putin is blaming his military’s failures in Ukraine on top officials including army Gen. Valery Gerasimov, who is the long-serving Chief of the General Staff of the Russian Armed Forces.

The UK assessed this week that he has “likely” held onto that position though there have been claims from Ukrainian defense officials that he had been replaced.