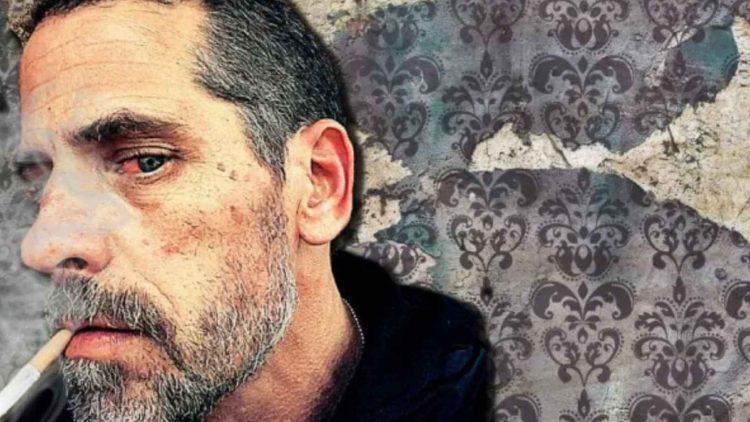 The Hunter Biden laptop at the center of the political scandal had a sticker on it with the name of the Beau Biden Foundation. The sticker has been widely reported, but not its full name.

The full name of the foundation named after Joe Biden’s son and Hunter Biden’s brother is the Beau Biden Foundation for the Protection of Children. It’s both tragic and disgusting then that Rudy Giuliani has alleged that the laptop contained material involving underage girls.

It’s unclear if the Hunter Biden laptop actually belonged to the Beau Biden Foundation, but The Mac Shop, at the center of the story, is in Wilmington, as is the Beau Biden Foundation. It’s a short drive down the 202 from the physical address of the foundation at the University of Delaware Law School to the Trolley Square address of the shop where the laptop ended up.

Earlier this year, the Beau Biden Foundation was one of the beneficiaries of grants from the Delaware COVID-19 Strategic Response Fund. The Biden foundation had received a $22,000 grant to provide “virtual training” to protect children from abuse. That is the sort of thing that the foundation, co-chaired by Hunter Biden and other Biden family members, does.

The Beau Biden Foundation for the Protection of Children claims that its mission is protecting children from child abuse, especially over the internet. It runs workshops, distributes ebooks, and offers training sessions to prevent children from being groomed by abusers online.

It’s deeply troubling then that Hunter Biden had apparently been accused of doing just that.

In one of the messages allegedly exchanged between Joe Biden and his son, the Democrat presidential candidate asks his son, “This is [redacted 14-year-old girl] right.”

“She told my therapist that I was sexually inappropriate with [redacted girl] when she says that I facetime naked with her and the reason I can’t have her out to see me is because I’ll walk around naked smoking crack talking [redacted] girls on face time,” Hunter replied.

Meanwhile, the Beau Biden Foundation was offering lessons on how to spot online predators.

Some have speculated that this refers to Hallie Biden’s daughter. Hallie Biden, a fellow co-chair of the foundation, was also Beau’s widow and had been in a relationship with Hunter. If so this would have been a devastating indictment of the foundation’s leadership which was charging $3,000 for lessons on preventing online child abuse while its board members were involved in it.

“As adults, we have a legal and moral obligation to stand up and speak out for children who are being abused. These children cannot speak for themselves,” Beau Biden once allegedly said.

The quote decorates much of the Beau Biden Foundation’s material.

Perhaps Beau would have wanted someone to speak out if his daughter were endangered.

If Hunter Biden was privately being accused of creating “a very unsafe environment for the kids” and of exposing himself to an underage girl, this should have been made public to warn others, instead of concealing the information for years until the laptop with its Beau Biden Foundation sticker, featuring an angel’s wing (t-shirts with the logo are available for $20 bucks), went public.

The Beau Biden Foundation offers “youth-serving organizations” a $3,000 “Shield of Protection” program which claims to train staff how to be “Stewards of Children®”, stop grooming, as well as “Recognizing and Reporting Child Abuse.” The latter, a $500 workshop, deals with, among other things, mandatory reporting statutes. Were the allegations against Beau ever reported?

If the allegations are true, then the Beau Biden Foundation leaders needed that training.

It might have been a better investment of their time than the foundation’s annual Child Protection Classic golf game at the Wilmington Country Club for only $650 per golfer.

Beyond the various Biden family members, the foundation’s board also included Tony Allen, the president of Delaware State University, a former Biden speechwriter and special assistant, as well as a member of Biden’s Transition Team.

Also on the board is former FBI director Louis Freeh who had also been recruited by Hunter Biden to work on the case of a Romanian businessman convicted of fraud, while Joe Biden was pressuring the Romanian government to fight “corruption”. Biden’s former staffer had been appointed as ambassador and Beau had cut the ribbon for the new embassy.

Joshua Alcorn, the Chief Operating Officer at the Beau Biden Foundation, had been a senior adviser for Draft Biden, and had worked on Biden’s previous presidential campaign.

The Beau Biden Foundation, like everything involving the Biden family, is a snapshot of Bidenworld: the political and personal associations mixing together in inseparable ways.

And that may have made the alleged misconduct by Hunter Biden impossible to police.

Beau was the “good son”. The elder son who was being groomed to carry on the Biden political clan’s fortunes. At the Democratic National Convention, after Obama had picked his father as his second, it was Beau who introduced him. A year earlier, Beau had become Delaware’s Attorney General, and held the position for 8 years.

Delaware’s legal community is littered with his associates.

When Giuliani turned over the laptop to Delaware authorities, the office of Delaware Attorney General Kathy Jennings quickly announced that it was passing it on to the FBI.

Jennings had worked under Beau Biden and is campaigning for Joe Biden, had posted, “I’ve known Joe, Jill, and the Biden family for most of my life.”

Patricia Lewis, the Executive Director of the Beau Biden Foundation, had been a Deputy Attorney General until she retired the same year that Beau Biden did.

Delaware is a small state and its political class is a good deal smaller. How much did the board members of the Beau Biden Foundation know about what the laptop might contain? Were any of them aware that even while the foundation was soliciting and obtaining coronavirus grant funds to protect children from online abuse, its co-chair may have been accused of abuse?

Like so many questions about the Bidens, they will neither be asked nor answered.

Meanwhile, even while a laptop from its co-chair containing alleged photos of underage girls with its sticker on it was submitted to the authorities, the Beau Biden Foundation goes on promising to protect children. But who’s going to protect the children from the Bidens?