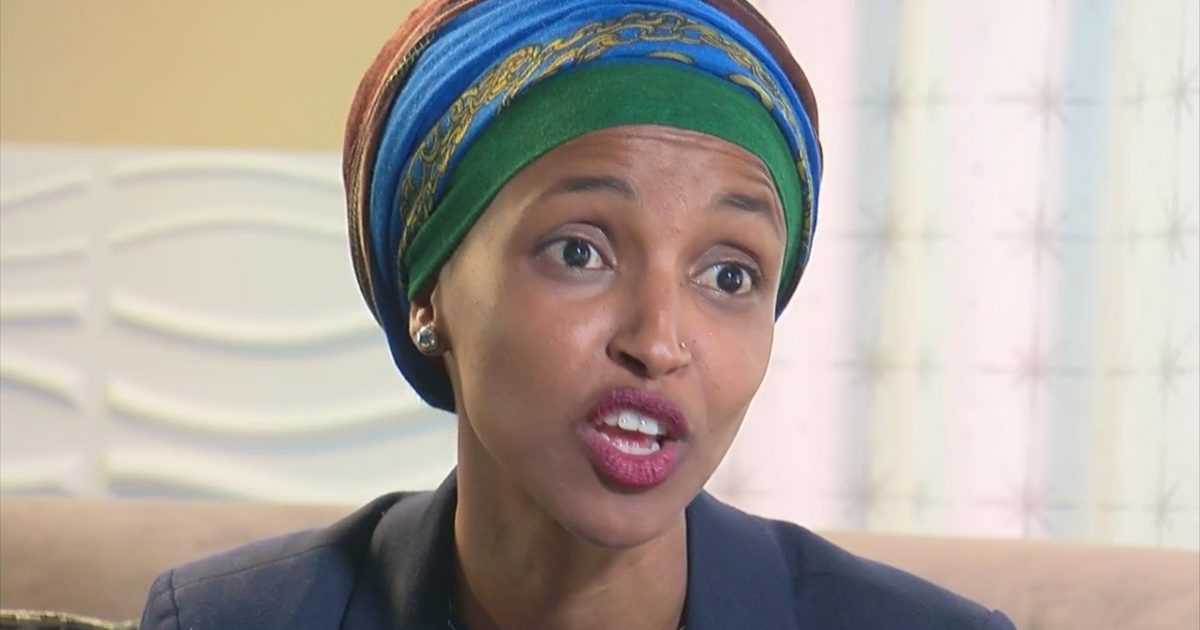 As we and others reported yesterday, Ilhan Omar, the newly-elected anti-Semitic Democrat from Minnesota who seems to have a soft spot for terrorists, told attendees at a CAIR gathering that “some people did something” on September 11, 2001, when terrorists killed some 3,000 innocent people. This angered quite a few people, including GOP Rep. Dan Crenshaw, who responded.

Naturally, this prompted Omar to play the victim card, accusing critics of “dangerous incitement” for daring to quote her accurately.

“First Member of Congress to ever describe terrorists who killed thousands of Americans on 9/11 as ‘some people who did something’. Unbelievable,” the former Navy SEAL said on Twitter.

First Member of Congress to ever describe terrorists who killed thousands of Americans on 9/11 as “some people who did something”.

Brian Kilmeade on @IlhanMN's 9/11 comments: "You have to wonder if she's an American first." pic.twitter.com/2y63PTsQEh

This is dangerous incitement, given the death threats I face. I hope leaders of both parties will join me in condemning it.

My love and commitment to our country and that of my colleagues should never be in question. We are ALL Americans! pic.twitter.com/foTZMpiZKv

Twitchy, noting that words are apparently “hard” for Omar, said “…to suggest that quoting her constitutes ‘incitement’ is pretty outrageous even for her.”

What did Dan do to incite anything towards you? He merely repeated your vile diminishing of the 9/11 terror attacks.

Moreover, she wants “leaders of both parties” to condemn quoting her accurately. She can’t have it both ways, but will no doubt exercise her liberal privilege in an effort to get it.

Sadly, in the age of leftist authoritarianism, that’s probably what will actually happen.