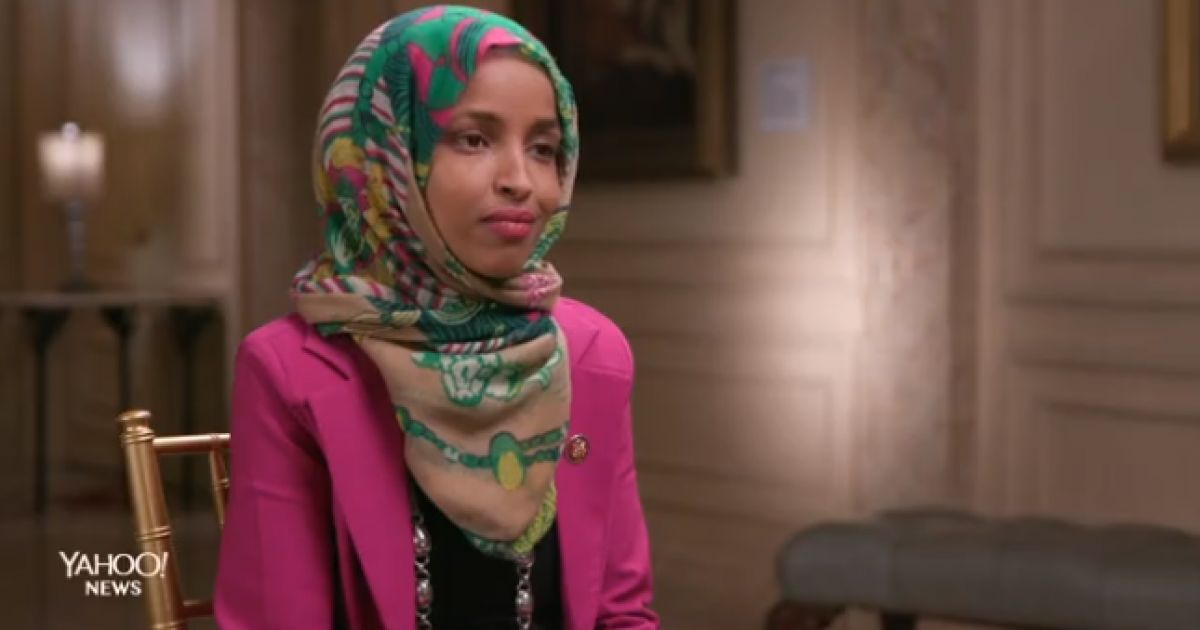 It’s obvious that neither freshmen congresswomen understand economics or how things work in the real world, but criminal bigamist Rep. Ilhan Omar (D-MN) has just upped the ante over her comrade Rep. Alexandria Ocasio-Cortez (D-NY) who called for a 70 percent tax on the most wealthy Americans. Omar is now calling for up to a 90 percent tax on them.

The income tax is among the most immoral of taxes, along with property taxes, and one does begin to wonder how there is equal application of the law when you are immorally taxing people in the first place, but then you are putting them in classes to tax them at different rates.

As long as the ignorant in this country do not understand this immorality nor are they subject to such exorbitant tax rates, they are just fine for someone else to foot the bill in their place.

In talking about how she would pay for certain things like that entire scam of a new “green” deal and Socialist Medicine, as well as other unconstitutional spending, she said that the rich in America could afford to pay even more than Ocasio-Cortez’s 70 percent.

“There are a few things that we can do,” Rep. Omar said in an interview with “Through Her Eyes.” “One of them, is that we can increase the taxes that people are paying who are the extremely wealthy in our communities. So, 70 percent, 80 percent, we’ve had it as high as 90 percent. So, that’s a place we can start.”

“The one percent must pay their fair share,” she continued.

Their fair share? This is about as unfair as it gets, and this is what I mean about immoral and idiot Socialists being in government who do not understand economics. If every person is taxed at the same rate, that would be fair…. it would be immoral as government doesn’t have a right to the fruits of your labor, but it would at least be fair in that it would be applied equally and you know what? The poor would pay the same amount percentage-wise as the rich. Still, in terms of money, the rich would obviously pay more, but at the same percentage.

Omar also wants to cut into a lot of the defense budget, which frankly, I don’t have a problem with if we were to bring our people home and close down a ton of military bases around the world.

“I’m also one that really looks at the defense budget that we have, Rep. Omar said. “That has increased nearly 50% since 9/11. And so, most of the money that we have in there is much more than with we spend on education, on healthcare.”

What she knows is how to marry her brother and lie about it to sneak him into the country, try and help out anti-American Islamic State recruits, speak ignorantly and hateful of other Americans, bully companies on behalf of Muslims, make fun of the Christian religion, lie, and be a basic lawbreaker even as a representative.

Omar shouldn’t be speaking about any of these things much less have any influence on taxes or our government. Given her track record, she should be summarily impeached and removed from the seat that she won by apparent voter fraud.