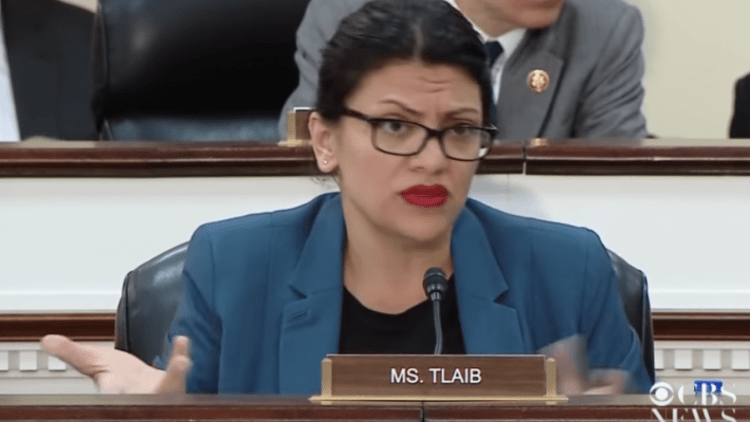 How bad are the Democrats getting? This bad.

As the Elder of Ziyon blog, an invaluable resource on Israel and antisemitism, notes, Rep. Rashida Tlaib and Rep. Ilhan Omar have been pushing anti-Israel smears from Middle East Eye.

On Wednesday, both Ilhan Omar and Rashida Tlaib linked to articles in Middle East Eye in their tweets.

Tlaib, saying Israel was guilty of apartheid, linked to an article quoting a Palestinian who claims his lands were torched by Jews the previous night.

Omar linked to a completely different article about Sheikh Jarrah.

This is notable because Middle East Eye is not exactly an objective news source. It is a pro-terrorist site.

And it is linked to the Muslim Brotherhood and Hamas.

As Michael Rubin noted, “The Hamas links run as deep. A former official of Interpal, a United Kingdom-based charity designated by the US Treasury Department as a financial supporter of Hamas, registered the Middle East Eye website. Prior to joining MEE, [news editor Rory] Donaghy worked for organizations founded by Hamas (such as the House of Wisdom in Gaza) and the Muslim Brotherhood (Emirates Center for Human Rights, which was set up with financing and assistance from the Cordoba Foundation, a Muslim Brotherhood entity).”

Yiftah Curiel noted that, “It is not merely copied but proudly displayed with the name of the UK site. In 2016 Hamas posted material from these two sources 51 times, making for an astounding 42% of all external tweets (that is to say, other than its own press releases). The second-favorite news source for Hamas is Palestine Chronicle, which consequently, is edited by MEE consultant Ramzy Baroud.”

TRENDING: 10 Examples That Show How Nightmarish The Worst Border Crisis In Modern American History Has Become

Hamas, I should point out, is an arm of the Muslim Brotherhood.

What does it say that Omar and Tlaib are promoting this material? And what does the fact that multiple Jewish organizations blasted Israel for refusing to let them in, but won’t speak up when Omar and Tlaib push content from a pro-Hamas site?