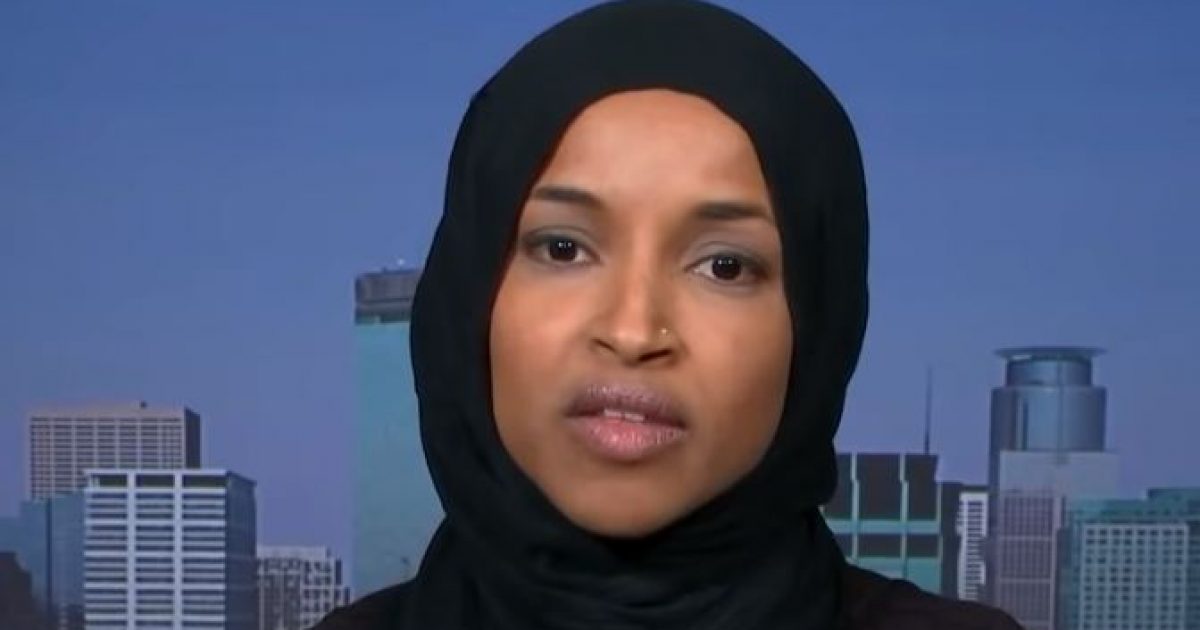 Opinion| Democratic Minnesota Representative Ilhan Omar has recently been at the center of news headlines after making a series of anti-Semitic comments.

It seems that Omar, much like self-proclaimed Democratic Socialist/freshman congresswoman from New York Alexandria Ocasio-Cortez, has been unable to keep her mouth shut, causing some big problems for the Democratic Party as a whole.

Chicksonright.com explains that “the Democrats created a debacle for themselves with the failure to either specifically condemn her or to be able to make a stand alone resolution simply condemning anti-Semitism.”

Omar has voiced her controversial positions in the past.

“In 2017, the Minnesota legislature was considering a bill, H. F. No. 1397, to allow insurance companies to deny payouts to beneficiaries if the insured’s death was ‘directly or indirectly as a result of the insured’s furtherance of terrorism,’” reports Chicksonright.com.

The bill was in response to the 2015 San Bernardino shooting. Syed Rizwan Farook, a California man who, with his wife Tashfeen Malik, shot and killed 14 people, had previously taken out two life insurance policies worth a combined total of $275,000. After Farook was killed in a shootout with law enforcement, his mother was to be the primary beneficiary of the policies.

However, the federal government filed a lawsuit to seize the money, saying it planned to disperse the funds among the surviving victims and the families of those killed in the attack.

“Terrorists must not be permitted to provide for their designated beneficiaries through their crimes,” said then- U.S. Attorney Eileen M. Decker in a statement.“My office intends to explore every legal option available to us to ensure these funds are made available to the victims of this horrific crime. We will continue to use every tool available to seek justice on behalf of the victims.”

Lesch stated that he was not opposed to the meaning behind the bill, however he explained that he had some concern because the decision was “by the insurance companies that it might give the companies too much discretion over what constituted terrorism in order to deny benefits,” according to Chicksonright.com.

Representative Omar has not explained why she voted the way she chose to, and she has not yet responded to the Daily Caller News Foundation request for comment.

Omar has been criticized by some on the political right for a letter she sent a judge back in 2016 asking for leniency to be shown to nine Minnesota men charged with planning to join ISIS. “The best deterrent to fanaticism is a system of compassion,” reads one portion of the letter. “We must alter our attitude and approach; if we truly want to affect change, we should refocus our efforts on inclusion and rehabilitation.”

Minneapolis, a city within Omar’s congressional district, has witnessed some of its young male residents join, or attempt to join, terror groups such as ISIS and Somalia-based al-Shabab, according to one Fox News story.