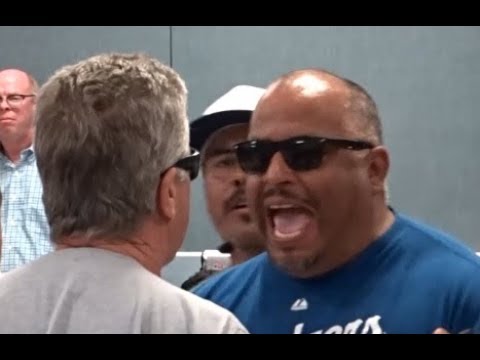 As the latest immigrant onslaught approaches our southern border, powerful forces continue their assault on American citizens, our laws, culture, language and ethos.

While many watch the caravan approach, this 12-minute video shows the incredible speed of the invasion being perpetrated upon our country. It shows countless illegal migrants who have usurped our borders and claim they have reconquered their land: Reconquista via La Raza, which means, “The Superior Race.” This video shows they mean business and they grow in numbers and hate for America.

“Immigrants devoted to their own cultures and religions are not influenced by the secular politically correct façade that dominates academia, news-media, entertainment, education, religious and political thinking today,” said James Walsh, former Associate General Counsel of the United States Immigration and Naturalization Service. “They claim the right not to assimilate, and the day is coming when the question will be how can the United States regulate the defiantly unassimilated cultures, religions and mores of foreign lands? Such immigrants say their traditions trump the U.S. legal system. Balkanization of the United States has begun.”

And, yet, Governor Jerry Brown and U.S. Senator Diane Feinstein welcome the law breakers and border jumpers. California maintains its “sanctuary state” status for protecting every illegal alien within its state lines.

What has their leadership garnered? You will see 90,000 homeless Americans living in tent-tarp cities in Los Angeles. Another 11,000 homeless live in the streets of San Francisco, causing such hygiene problems, that professional conferences have been cancelled by big corporations. How do I know about these homeless encampments? I bicycled through them this summer. They are real, and they are growing in numbers. In other words, third world poverty, illiteracy and misery entrenches itself in California. But, it’s also manifesting in Tucson, Phoenix, Albuquerque, and dozens of towns in Texas.

In my world bicycle travels across six continents, and through dozens of third world countries—what word would you use to describe the prime driver of poverty and misery in those countries? Answer: illiteracy.

You’re also seeing illiteracy manifest because of language. In Denver, Colorado, teachers must contend with and try to teach with 173 different languages. Result: American kids fail to gain an adequate education to thrive in this dynamic society.

As to diversity and multiculturalism riding in on the heels of every immigrants, James Walsh hit the nail on the head about “balkanization of America has begun.”

If you travel to Michigan or Minneapolis today, you will see 150 enormous billboards featuring Moslems advertising their religion and racial bias against Americans. Additionally, both states feature new members of the U.S. House of Representatives. They will be swearing into office on the Quran. Except the Quran mandates destruction of any other religion, governance and economic system that doesn’t follow Sharia Law. Thus, the people of those two states voted for individuals known as “soft jihadists” whereby they slowly and quietly undermine the U.S. Constitution bit by bit, day by day, and person by person.

Boston imam Abdullah Faaruuq said on November 12, 2018, “What’s wrong with you, you sick Americans? This is the land of the coward & home of the slave; Islam is America’s future; without Islam America will meet its demise.”

And yet, our U.S. Congress imports these jihadists, both violent and soft, by the tens of thousands annually. As their numbers grow, Americans flee Islam dominated cities like Detroit, Miami, New York City, Chicago and dozens more. At some point, there will be no place else to flee from multiculturalism and diversity. The Pew Research Center stated that Latino-Mexican-Hispanics will become the new majority of 51 percent by 2042.

For the past five years, I’ve called for a total shutdown of all immigration. We need to give our country a chance to survive, instead of flooding it into illiteracy, violent Islam and linguistic chaos. If not, we shall see our culture, language and ethos completely devolve into third world misery—from which none of us will escape.