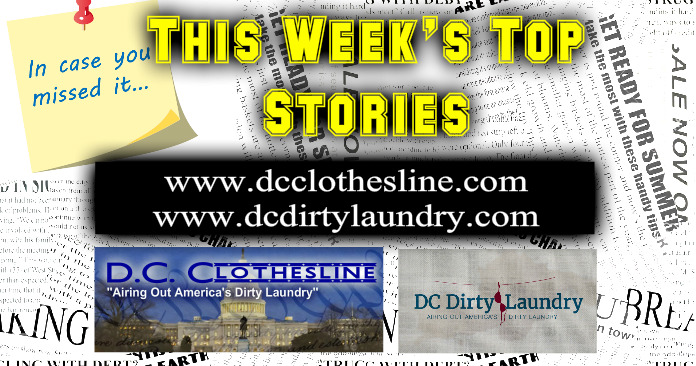 With the internet censorship of conservatives and my busy lifestyle, I often find myself missing stories I would have liked to read. I am going to be testing a new service for our readers to see if other people share the same desire to catch up on news that they may have missed.

These stories were the most popular on our network this week and are listed in no particular order.

Note that whenever you click one of the below articles it should open a new tab or window. So you should be able to read as many as you wish without much hassle.

The plot thickens in Vegas…

Some people think Joan Rivers was “malpracticed” because of this.

Looking to keep your distance from carcinogenic Monsanto products?

Obama and Brennan to be indicted??? We can only hope and PRAY this is true…

Bill Clinton allegedly raped a BOY and an investigative reporter turns up dead. How many Clinton Body Bags is that now?

Do you realize that 9/11 may have never happened if it weren’t for John Brennan?

The Most Treasonous Thing John Brennan Ever Did…

Tens of thousands of Muslims gather in an NFL stadium. Must be Minnesota!

Chanting “ALLAHU AKBAR’, tens of thousands of Muslims at MASSIVE jihad display of power at Vikings Stadium, Imam who called for GENOCIDE of Jews to speak, terror-tied Muslim Brotherhood speakers

Another possibility in the death of Michael Hastings… Did John Brennan have something to hide?

How much longer will we stand for idiots like this teaching our children?

There you have it. Move over Drudge Report, now we have Dean’s List. I’m sure Matt Drudge is shaking in his boots. 😉

On a side note, we will be making more and more changes to try to start fighting back against the censorship, but it’s going to be tough. We are in survival mode and could really use YOUR DONATION if you can afford to contribute. Click here if you can.