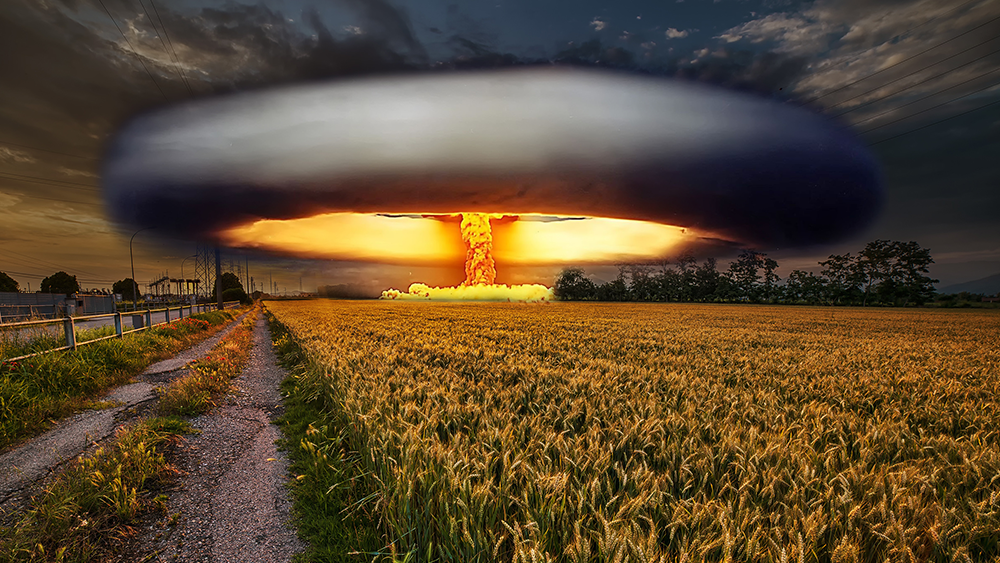 (Natural News) The Health Ranger Mike Adams and and well-known author Steve Quayle believe a host of factors could lead to the extermination of human race.

“And now the only question is which thing is going to kill us first? Will it be the starvation; the vaccines; the drought; the radioactive fallout? What will it be?” Adams asked.

Quayle said the confluence and escalation of problems that mankind is facing are coming in all directions at once. He added that this is the “Luciferian design to overwhelm the human race with multiple facets and vectors.”

The radio host, photographer and book author believes all problems plaguing the world are being orchestrated by the globalists, including the megadrought and abortion. According to Quayle, the megadrought experienced in different parts of the globe is a product of weather modification. Meanwhile, he branded abortion as an “orchestrated extinction” of human race.

The looming nuclear war and the Wuhan coronavirus (COVID-19) vaccine bioweapons could potentially accelerate the planned extermination of mankind. Quayle noted that nuclear war would lead to famine, starvation and pestilence. (Related: Steve Quayle tells Mike Adams: Globalists want to achieve the extermination of the human race through nuclear war.)

Adams agreed, saying that this is a planned extermination. He also mentioned that the West wants to give Russian President Vladimir Putin an excuse to initiate a first strike against the West as a way to destroy America and the North Atlantic Treaty Organization (NATO).

Billions of deaths in short period of time now a possibility

Quayle said the number of vectors to exterminate the human race has increased to the point that billions of people dying in a short period of time has become a possibility. “We have the extinction level confluence of all vectors centering in on one target and that’s humanity, the human race, the extinction, the annihilation and the end,” Quayle said.

The radio host and author also mentioned that the evil Luciferian people are happy that they can starve a generation of children who can’t be fed with baby formula because of the infant formula shortage. He, however, took note that baby formulas are basically liquid poison.

He also noted that those who are pushing for nuclear war are all Luciferians, who believe that they have to destroy the Old World in order for the New World Order and the Great Reset to succeed. In other words, they seek to take down God’s world and bring up the rule of Lucifer.

Quayle said the Bible is very clear that God will always warn the people about what’s coming – whether it’s a great flood, famine or whatever. However, he said that some people who call themselves Christians or believers are rejecting God’s warnings. Some are even contributing to the destruction.

To add to that, Adams said Western civilization is deliberately tearing down its physical infrastructure that provides food, energy, heating and cooling, transportation, among others. And, again, that is by design. Adams said the world is once again fighting the Nazis, which are now the Fourth Reich. He also pointed out that the illegitimate U.S. government and NATO are supporting the Nazis in another war in Europe, which could escalate fast and become a world war.

Adams and Quayle also discussed the things to do in a red alert situation, such as getting out of the cities that are going to be targeted with nuclear weapons.

According to Quayle, states may be forced to close their borders in the future so people should be prepared to migrate any moment. He added that people migrating for water will be the greatest migration in U.S. history. In line with that, Quayle advised people who are buying property to go for less acreage with an indigenous water supply like an artesian well or a spring.

Adams, founder of Brighteon and news website NaturalNews.com, noted that America is moving toward a mass exodus out of collapsing cities and states. He told his viewers to save themselves from a world of demonic globalists who are trying to exterminate humanity. People should do what they need to do to get prepared and ready to become one of the survivors on Earth who have to rebuild civilization.

Watch the video below to know more about planned extinction of the human race.

The Annihilation Agenda: Why globalists are actively working to exterminate 90% of the human race.

Situation Update, Mar. 17th: How to survive the engineered EXTERMINATION of the human race.

Locations in the U.S. that you should avoid at all costs if a nuclear war with Russia erupts.