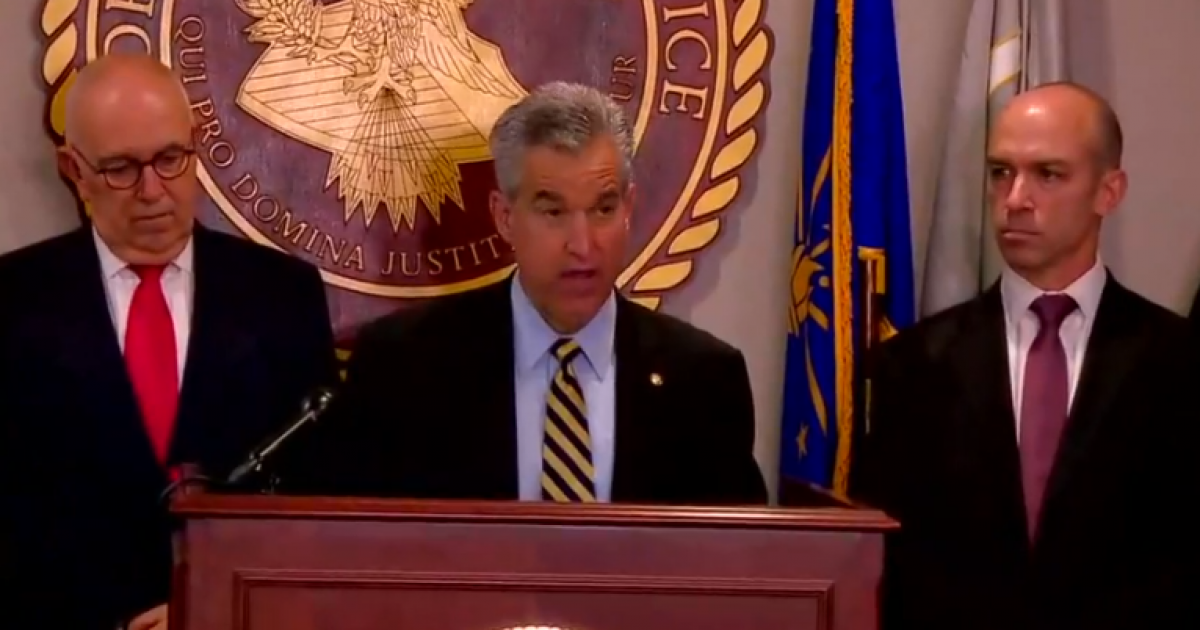 In what many believe to be going on all across the nation, US attorney Josh Minkler announced that 15 people had been arrested and charged in a corruption investigation conducted by the State Board of Accounts and the FBI, Indiana State Police and several county prosecutors.

Though the announcement was made in October, due to the news of elections, many people never heard of the arrests.

According to Minkler, the corruption led to losses in excess of $1 million.

Kellie Cline, 35, Greenwood: Cline served as the Extra-Curricular Activity (ECA) Treasurer at Greenwood Middle School. She is alleged to have stolen approximately $50,000 from the school’s extra-curricular account.

Sami Dillon, 38, Crawfordsville: Dillon served as the Clerk-Treasurer of Cayuga, in Vermillion County and is alleged to have stolen approximately $44,000 by not depositing utility receipts.

Clint Madden, 51, Columbus: Madden served as the Wayne Township Trustee and the Jonesville Volunteer Rural Fire Department Treasurer, in Bartholomew County. He is alleged to have misappropriated over $100,000 from the township and the fire department.

Mathew Mathis, 47, Columbus: Mathis served as the Treasurer of the Hope Volunteer Fire Department in Bartholomew County and is alleged to have stolen over $48,000 from the fire department.

Norman Burgess, 44, Danville: Burgess served as the Treasurer of the Wayne Township Fire Department in Hamilton County and is alleged to have stolen approximately $140,000 from the fire department.

Angela White, 44, Indianapolis: White served as the ECA Treasurer for Robey Elementary School in Wayne Township, in Marion County. She is alleged to have stolen approximately $10,000 from the school. Charges are pending with the Marion County Prosecutor’s Office.

Rachel Bentz, 44, Portland: Bentz served as the Jay County Sheriff’s Department jail matron. She is alleged to have stolen approximately $9,000 by not depositing inmate trustee receipts. This case is pending with the Jay County Prosecutor’s Office.

Dallas Davis, 56, Russellville: Davis served as the Clerk-Treasurer for the Town of Russellville, and is alleged to have stolen approximately $7,600 by not properly depositing utility receipts. This case is pending with the Putnam County Prosecutor’s Office.

Jacqueline Fitzgerald, 54, and Monica Durrett, 56: They both worked at the Indianapolis Local Public Bond Bank and are alleged to have stolen approximately $400,000. This case is pending with the Marion County Prosecutor’s Office.

Nicole DeMunck, 35, Michigan City: DeMunck served as the AK Smith Center Treasurer in the Michigan City School System. She is alleged to have stolen approximately $13,000. This case is pending with the LaPorte County Prosecutor’s Office.

Cheryl Pruitt, 50, Gary: Pruitt served as the former Gary Schools Superintendent, is alleged to have received a $1,256.75 “reimbursement” for funds that she never spent.

Donald G. Minnick, 64, Gosport: Minnick served as an Owen County Commissioner. He improperly sold a vehicle to the county with a loss of $7500. He was found guilty in Owen County.

Minkler said the statewide charges send a message that authorities will be ever present and vigilant to review suspicious accounting and spending at the local government level, which would also indicate that authorities expect such corruption to be endemic to the system.

“The State Board of Accounts is going around auditing these townships and they’re talking to these boards in a preventative effort to explain to them, ‘Hey, what about having somebody else besides your treasurer getting a copy of these bank statements?’”

CBS also provided statements from various parts of government who were responsible for oversight of the individuals who were busted in the investigation, along with statements by US attorneys.

This is the only thing that is going to make any serious changes in our society, bringing justice upon criminals not only regular citizens, but those who carry the public trust.