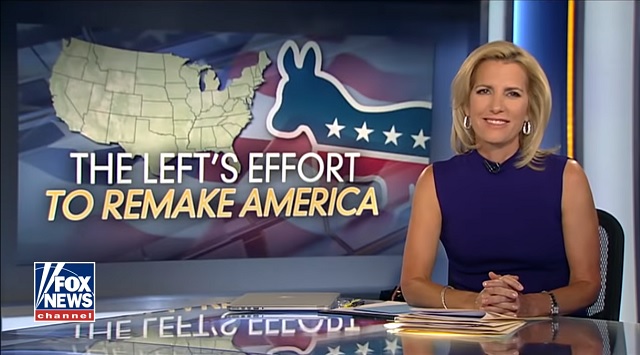 On Wednesday, Fox News host Laura Ingraham highlighted the left’s effort to “remake America” by foisting “massive demographic changes” on the American people which “none of us ever voted for.”

“In some parts of the country, it does seem like the America that we know and love doesn’t exist anymore,” Ingraham said.

“Massive demographic changes have been foisted on the American people and they’re changes that none of us ever voted for and most of us don’t like,” she said.

“From Virginia to California, we see stark examples of how radically in some ways the country has changed,” she continued.

“Now, much of this is related to both illegal and in some cases legal immigration that of course progressives love.”

Ingraham said we need to start enforcing our immigration laws, build a wall and end sanctuary cities “once and for all.”