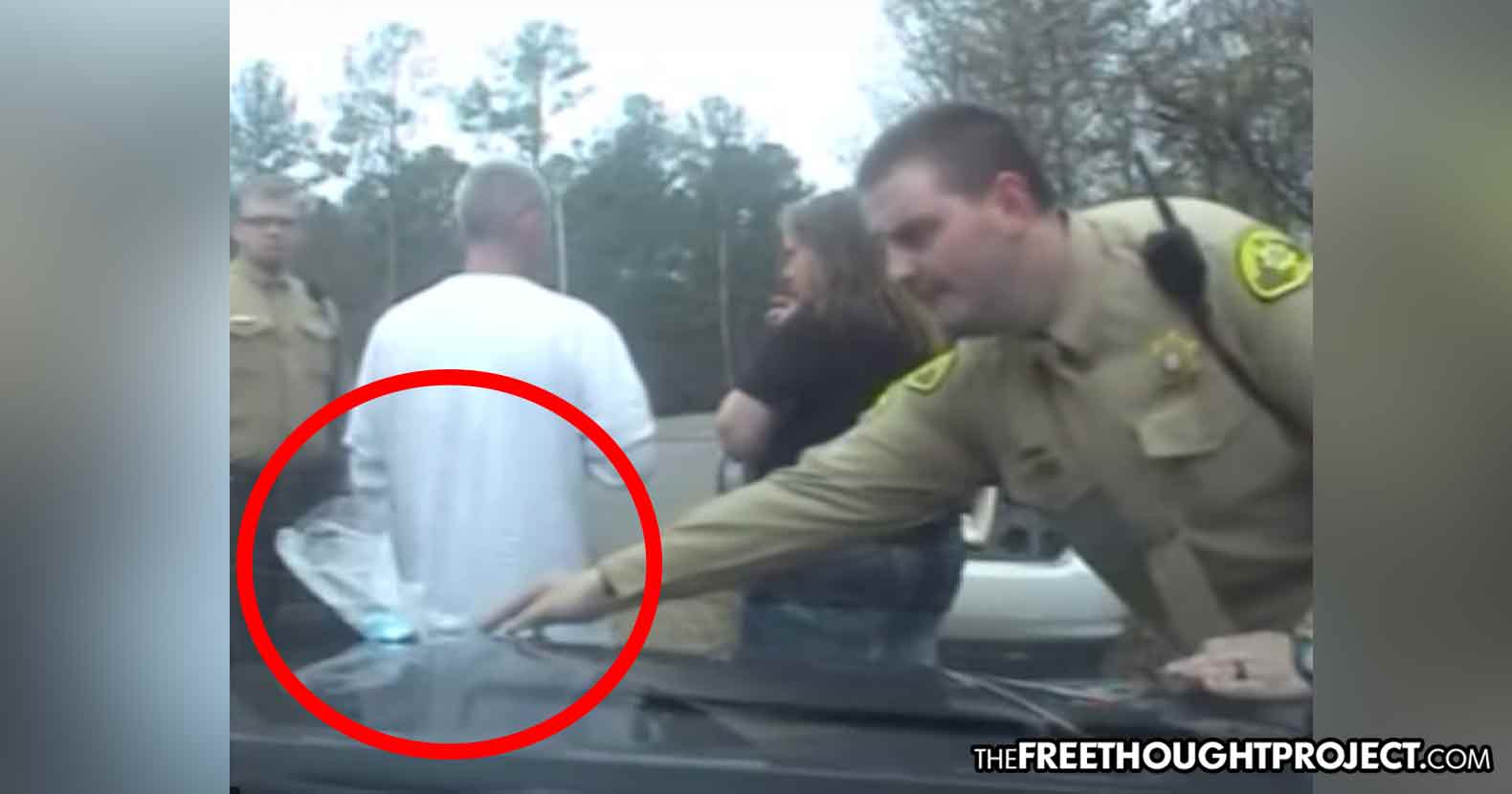 Monroe County, GA — An innocent grandma, Dasha Fincher, was kidnapped by police and thrown in a cage for months—not because she did anything wrong—but because police couldn’t tell the difference between cotton candy and meth. Now, this innocent new grandma is going after the police who did this to her as well as the company who manufacturers the dangerously inaccurate tests cops used to take her freedom.

This gross negligence and kidnapping is all due to a flaw in the system stemming from prosecutors and police being unconcerned with actually testing evidence. A new report from CBS uncovered this problem in dozens of states in which innocent people are rotting in jail because police departments don’t send the evidence — that could potentially free them — into the lab to get tested.

According to the report, the average lab turn around time is around 100 days. This happens to be roughly the same amount of time Fincher spent in a cage for cotton candy.

This horror movie for Fincher started back on New Year’s Eve of 2016, a day this innocent grandmother says she’ll never forget.

Fincher was on her way to a pawn shop with her boyfriend that day when cops targeted her for extortion, claiming her tint was too dark. Her tint was legal, but cops used the stop as a fishing expedition to look for other “crimes.”

Fincher said she wasn’t nervous because “we weren’t doing anything wrong.” Never did she expect police would claim the cotton candy in her backseat were drugs. But that’s exactly what happened.

“Then they found the cotton candy in the floorboard of the car,” said Fincher.

As the video shows, the bag police claimed was meth was an obvious bag used to hold cotton candy. It looked nothing like the zip lock bags or other tiny bags meth is usually found in. It would be like a cocaine dealer selling coke from a purple Crown Royal bag.

The cotton candy was blue as well which is atypical because real meth is clear or white and only drug dealers looking to be like Breaking Bad add blue tint to their product, which is highly uncommon.

Still, however, this innocent grandma to be was accused of trafficking a large quantity of blue meth, in a cotton candy bag, that looked like cotton candy.

As Fincher noted, Deputy Cody Maples and Deputy Kevin Williams asked her what was in the bag. When she told them it was cotton candy, they did not believe her. According to the incident report, these expert drug recognition officers claimed that “based on the packaging and crystal like feature, Corporal Williams tested the substance.”

The officers then used the highly faulty field test kits which have been known to produce false positives—repeatedly. Predictably, the cotton candy falsely tested positive for drugs.

However, Fincher would then become one of many women and men to suffer horrific fates at the hands of negligent cops and their continued use of faulty field drug test kits.

In fact, tens of thousands have been convicted and served time — even earning the black mark of a felony — for crimes they likely didn’t commit, according to a report, because the cases against them relied on horribly unreliable field drug test kits.

So prone to errors are the tests, courts won’t allow their submission as evidence. However, their continued use by law enforcement — coupled with a 90 percent rate at which drug cases are resolved through equally dubious plea deals — needlessly ruins thousands of lives.

Dasha Fincher is one of these people.

As WMAZ reported, this innocent grandma was put in jail for more than three months. Fincher says a judge set her bond at $1 million. In March 22, 2017, GBI lab tests came back to said there were “no controlled substances confirmed in the sample.”

Fincher told CBS that she considered pleading guilty to a lesser crime just so she could get out of jail. She said she was about to do just that before the lab tests came back.

While in jail, Fincher’s daughter miscarried a baby and could not be comforted by her mother. Also, Fincher missed the birth of her twin grandsons.

“My daughter had a miscarriage. I wasn’t there for that. My twin grandsons were born. I missed that,” said Fincher.

“I want Monroe County to pay for they did to me,” said Fincher. However, if history is indicator, the only people to pay for locking up an innocent grandma for cotton candy will be the taxpayers.

Sadly, Fincher’s story is extremely common and happens every day throughout the US. The standard $2 field drug tests, manufactured by The Safariland Group, have been proven to be unreliable. And according to the manufacturer, should not be used as a stand-alone test for convictions related to drug possession.

Studies have shown how everyday foods, spices, and medicine tested positive in field drug tests. In one experiment, scientists even discovered that air could set off false positive for these tests.

According to Forensic Resources:

“The director of a lab recognized by the International Association of Chiefs of Police for forensic science excellence has called field drug testing kits “totally useless” due to the possibility of false positives. In laboratory experiments, at least two brands of field testing kits have been shown to produce false positives in tests of Mucinex, chocolate, aspirin, chocolate, and oregano.”

Dr. Frederic Whitehurst, a Ph.D. chemist and former FBI lab supervisor, has also voiced objections, saying that he has “no confidence at all in those test kits.”

According to the national litigation and public policy organization, the Innocence Project, at any given time there are an estimated 40,000 to 100,000 innocent people currently locked in a cage in U.S. prisons.

Over the years, The Free Thought Project has reported on countless stories of odd things creating false positives in field drug tests. We have seen people put behind bars for possession of things like drywall, glazed donuts, crackers, kitty litter, baking soda, and apparently cotton candy.