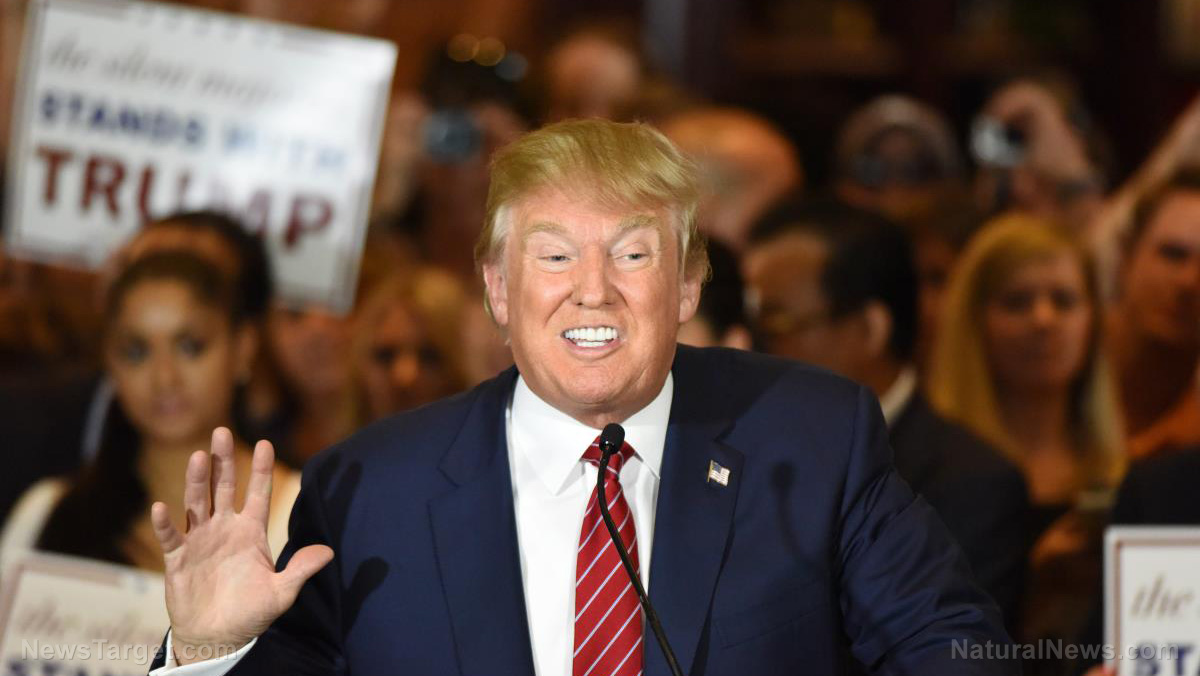 (Natural News) If you are someone who still holds out hope that the social media giants and the ‘mainstream media’ are staffed by people other than left-wing Stalinist authoritarians who hate America as founded, disabuse yourself of that notion because it’s not true.

The New York Times Editorial Board flat-out called on Twitter to censor the President of the United States on election night if he tries to declare victory (because, you know, the Times and everyone else on the left know that their sycophant Democrat buds are planning to steal as many races as possible, including the presidential race).

“Imagine: It’s midnight, and the electoral map looks quite red. But news networks and election officials aren’t calling the swing states, as this year’s record numbers of mail-in and absentee ballots have yet to be fully counted,” the Board wrote last week.

“Mr. Trump, leading in the popular vote, decides he’s seen enough. He takes to his social media platforms and declares that he has won re-election and will accept no other result. He tells his tens of millions of followers that the Democrats and the press will try to change the result and steal the election. The door to unrest and constitutional crisis swings wide open,” the editorial continued.

“Facebook, Twitter and YouTube have all pledged to crack down on misinformation around voting and electoral outcomes. Perhaps in the above scenario they append a label to the president’s posts saying that the information is disputed and that the results are not in,” the editorial said. “They could introduce friction into the algorithms to slow the reach of the posts.”

Wow — talk about gaslighting. Now, even if the president is eventually reelected after what is expected to be a counting of mail-in ballots that will take a number of days, the insane left will point to this op-ed and scream, ‘See? See?? The Times was right! Trump cheated!’

What’s more, The Hill, which carried portions of the Times’ op-ed, engaged in its own bout of gaslighting, noting:

Trump has for weeks questioned the integrity of voting by mail, arguing they would lead to fraud. Experts say there is no reason to think there would be more fraud with mail-in voting than in-person voting.

‘No reason?’ What ‘experts’ would they be? Because for months, reports — mostly in indy and local media — have documented case after case of mail-in vote fraud and other problems.

In fact, the president laid out the evidence to reporters just this past week:

The president cited the following stories, questioning the integrity and stability of the mail-in voting process:

And really, these instances are just the tip of the iceberg. In New York City earlier in the spring, it took more than two months to count ballots from a Democratic primary; tens of thousands of ballots were thrown out because they were not correctly postmarked.

“They still don’t really know who the winner is,” Trump said, referring to Iowa. “I think they called somebody eventually but it was many, many, weeks later.

“[Democrats] can’t run a simple caucus, yet now they’re trying to dramatically write election laws nationwide just weeks before an election,” the president continued, adding that people should just vote in person (which is right because if people can shop for groceries safely during the pandemic — or riot — they can vote safely).

The coming storm of protests and violence following this planned post-election chaos will far and away exceed what we saw in the country over the summer.