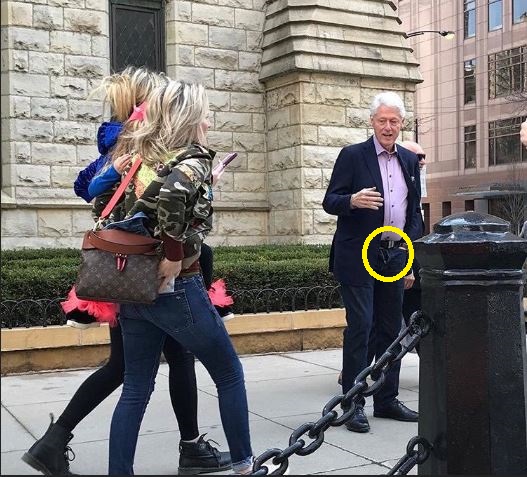 This post originally appeared at Fellowship of the Minds and was reprinted with permission.

According to Alana Goodman and Daniel Halper in their soon-to-be-published book, A Convenient Death: The Mysterious Demise of Jeffrey Epstein, Bill Clinton had an affair with socialite Ghislaine Maxwell, who is accused of helping recruit underage victims for notorious pedophile Jeffrey Epstein.

Ghislaine Maxwell at L.A. fast-food joint, but the FBI can’t find her, or so they say

Writing in the New York Post on May 27, 2020, Goldman and Halper claim that Clinton — who denies cheating on wife Hillary Clinton with Maxwell — engaged in “romps” with Maxwell during overseas trips on Epstein’s private plane, a customized Boeing 727 that’s since become known as the “Lolita Express.”

Maxwell was “a constant presence” at Bill’s side during these trips, and was the primary reason Bill let Epstein ferry him around the world. A source who witnessed the “relationship” said in an interview: “[Bill] and Ghislaine were getting it on. That’s why he was around Epstein—to be with her.”

The source explained that reporters have been missing the point about the Clinton- Epstein relationship by focusing on Epstein’s sex crimes. “[Clinton’s] stupid but not an idiot,” the source says, dismissing the idea that the ex- president was sexually involved with children.

Clinton’s primary interest in Epstein was Maxwell. The source said, “You couldn’t hang out with her without being with him [Epstein]. Clinton just used him like everything else.”

But the relationship between Clinton and Maxwell was not confined to these overseas junkets: