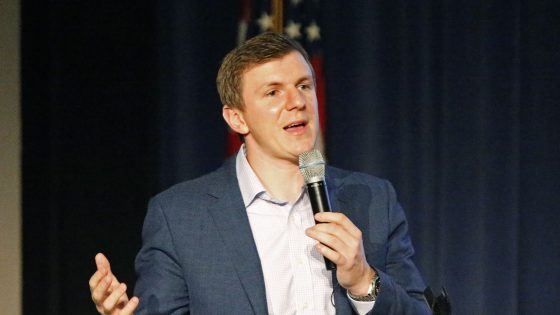 Project Veritas founder James O’Keefe has announced that he intends to take CNN to court for making false statements about his conservative media organization. He says more sensational revelations about the network are to come as well.

O’Keefe said “we believe we can win” hours after releasing bombshell videos of a director saying the network uses “propaganda,” according to a report by Sky News. “Ana Cabrera is the host that lied about us and said that we were taken down for – she mentioned misinformation,” O’Keefe told Fox News. “That’s just simply not so. “Actual malice is the standard in the US, we believe we can win against CNN, so I’m announcing on your show I’m going to sue CNN for defamation.”

O’Keefe has an uphill battle, considering he’s using the United States government’s system, which pays the mainstream media to lie and propagate stories, to try to beat their lapdog. Maybe it’ll work, but it likely won’t have a lasting effect, unlike the propaganda already solidly stuck in the heads of the American masses. Using the system to try to beat the system is a guaranteed way to fail. As long as CNN is backed by the government and being paid to do their bidding, no court (which is the government) will go against them. It’s probably past time to realize this and just exit the system entirely.

On the other hand, O’Keefe is doing what he feels is right, and hopefully, his lawsuit will have some effect on the muddles minds of the sheep. He is going to continue to release videos of CNN employees saying that what they are doing is literally “propaganda” and in one, a CNN employee can be heard saying “if it wasn’t for CNN, I don’t know that Trump would have got voted out.”

That doesn’t exactly sound unbiased. According to a report by RT, O’Keefe also teased the release of a second part of the video, saying that Project Veritas plans to continue to release more footage. He predicted that CNN would eventually have to explain itself, or fire technical director Charlie Chester, considering he actually says the media outlet is pushing outright fraud when it comes to the massive COVID-19 hoax.