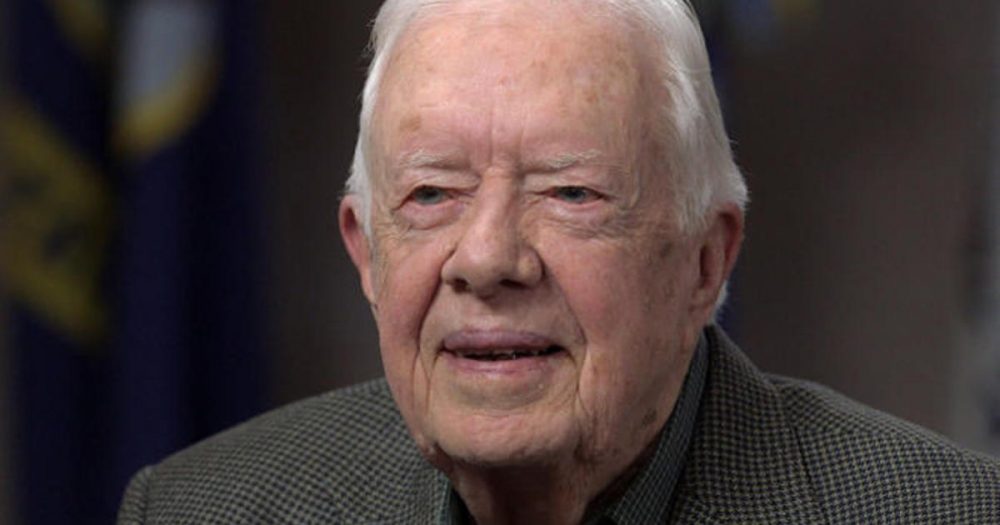 Jimmy Carter told a crowd Friday that a full investigation into Russian election interference would show President Donald Trump did not win the 2016 election and that he ascended to the presidency by way of the Russians.

The 39th president made the remarks during a panel discussion on human rights with his former Vice President Walter Mondale.

Historian Jon Meacham, the moderator, asked Carter about Russian meddling in the 2016 election, which American intelligence agencies have confirmed did occur.

“The president himself should condemn it, admit that it happened,” Carter said. “There’s no doubt that the Russians did interfere in the election. And I think the interference, although not yet quantified, if fully investigated, would show that Trump didn’t actually win the election in 2016, he lost the election, and he was put into office because the Russians interfered on his behalf.”

Pressed by moderator and historian Jon Meacham on whether he believes Trump is an “illegitimate president,” Carter stared, and then said smiling, “Basically, what I said, I can’t retract.” Carter’s remark drew laughs from the audience and Meacham.

Carter has not been an especially vocal critic of the president and has sometimes even praised Trump’s policies. The oldest living president and Trump also spoke over the phone in April after Carter wrote to the president about his trade negotiations with China.

Carter also called for Trump to condemn Russia for their meddling in the election during the Thursday event, and said he should “admit that it happened,” as the intelligence community has already stated.