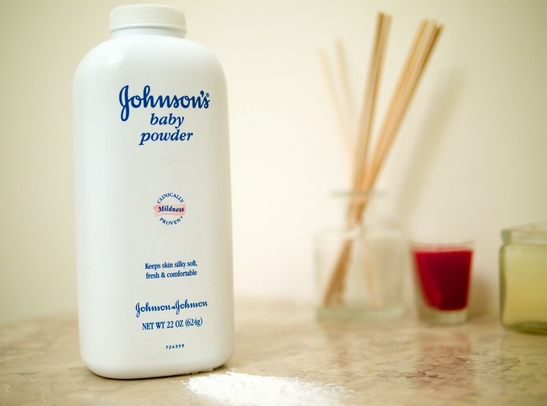 (Natural News) In an attempt to avoid having to pay up to the tens of thousands of victims who were harmed by its toxic, talc-based baby powder product, drug giant Johnson & Johnson (J&J) formed a new shell company, handed off all liability to it, and immediately declared bankruptcy.

Dubbed “Project Plato,” the plan involved having more than 30 staffers facilitate the transfer of liability from an astounding 38,000 pending talc cases into the subsidiary, along with a capped $2 billion to cover compensation for those cases and all future ones that might arise.

In case you missed it, it was previously determined that J&J’s talc baby powder has long been contaminated with asbestos, a cancer-causing toxin linked to mesothelioma, ovarian cancer, and other serious illnesses. Tens of thousands of people have sued J&J over chronic diseases they now suffer due to exposure.

When asked for answers to detailed written questions about his company’s planned bankruptcy maneuver, CEO Alex Gorsky did not respond.

One affected plaintiff, 78-year-old Thomas McHattie, says that he used to travel the world as an obstetrician-gynecologist before receiving a mesothelioma diagnosis in March 2020. Prior to that, he had recommended J&J’s baby powder to “countless pregnant women.”

McHattie ended up having to suffer through five courses of chemotherapy to treat tumors that developed in his abdomen because of exposure to the baby powder. He also now struggles with pronounced fatigue and shortness of breath.

McHattie later sued J&J in New York just a few months after receiving his diagnosis. His case had not yet gone to trial at the time when J&J subsidiary LTL Management filed for bankruptcy as planned.

“It is critical that any activities related to Project Plato, including the mere fact the project exists, be kept in strict confidence,” wrote J&J lawyer Chris Andrew in an internal memo reviewed by Reuters that exposes the plot.

In a 2020 court filing, J&J denied “each and every allegation, statement, matter and thing” asserted by McHattie in his lawsuit. McHattie responded by saying that he is “disappointed they’ve chosen to do what is expedient and not what is right.”

“There is no excuse for them filing a bankruptcy,” he added. “Why? This is a solvent company.”

According to reports, J&J, which is currently valued at more than $450 billion, had about $31 billion in cash and marketable securities on hand at the end of the third quarter of last year. The company came up with the Project Plato scheme to protect as much of this cash as possible.

It is now known that J&J secretly took concrete steps as early as April of last year to avoid having to pay the plaintiffs it harmed. The strategy seeks to ensure that all pending cases never reach a jury and are instead handled in bankruptcy court.

“Before the filing, the company faced costs from $3.5 billion in verdicts and settlements, including one in which 22 women were awarded a judgment of more than $2 billion, according to bankruptcy-court records,” one report explains.

“Now, J&J proposes to give the subsidiary in bankruptcy $2 billion to put into a trust to compensate all 38,000 current plaintiffs, as well as all future claimants. J&J has said in court filings and in public statements that the subsidiary, LTL Management LLC, could also tap a stream of royalty revenues valued at more than $350 million at the time of the bankruptcy filing.”

In a statement, J&J defended Project Plato and its LTL bankruptcy scheme as following an “established process” that has been “uniformly acknowledged by the courts.”

Filing Chapter 11 with this shell organization, J&J maintains, “is a legitimate use of the restructuring process.”

“LTL’s objective is to reach a fair and equitable resolution for claimants through a plan of reorganization and create a reasonable framework to address the unprecedented number of existing and future talc-related claims,” the company added.

J&J also still insists that its baby powder product is “safe, does not contain asbestos and does not cause cancer.”

J&J also tried to prevent this information from ever coming out in the first place by seeking a temporary restraining order against Reuters, which blew the lid on the matter.

“We reject the factually-unfounded and legally-meritless claims made by J&J’s lawyers and will continue to report without fear or favor on matters of public interest,” a company spokesperson said.

Rather than show any concern for the injured plaintiffs, J&J instead contacted Moody’s to ask if the subsidiary bankruptcy scheme it concocted would damage its “pristine” credit rating. J&J was told that it likely would not because the agency only considers the maneuver’s impact on the finances of J&J and not that of the subsidiary.

J&J executed the bankruptcy plan starting on October 11 and had the subsidiary swiftly file for Chapter 11 just three days later.

More related news about Big Pharma corruption can be found at Corruption.news.