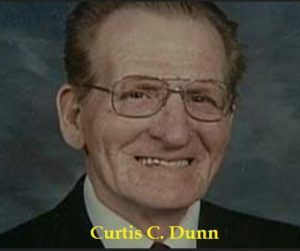 On December 18, 1972, a few weeks after Joe Biden won the U.S. Senate election in Delaware, his (first) wife Neilia and one-year-old daughter Naomi were killed in an automobile accident while Christmas shopping in Hockessin, Delaware. Neilia Biden’s station wagon was hit by a tractor-trailer truck as she pulled out from an intersection. Biden’s sons Beau and Hunter survived the accident in fair condition: Beau had a broken leg and other wounds; Hunter had a minor skull fracture and other head injuries.

News and law enforcement reports from the time cleared Curtis C. Dunn, the driver of the tractor-trailer, of any wrongdoing. Investigators determined alcohol did not play a role in the crash, and the police never charged Dunn.

But that hadn’t stopped Joe Biden from lying about Dunn.

Along with the lie that he had a “blue-collar” upbringing (he actually had a decidedly upper class, albeit not rich-rich, childhood), Joe Biden had for years claimed that Neilia and their daughter were killed by a drunk driver named Curtis C. Dunn.

In 2001 and 2007 — 29 and 35 years after Neilia’s death — Biden said in public forums that the tractor-trailer driver, Curtis Dunn, had been driving under the influence. By that time, having died in 1999, Dunn could not refute Biden’s slander:

The media all repeated Joe Biden’s slander of Curtis Dunn. As examples:

Ironically, it was Neilia Biden, not Curtis Dunn, who might have been at fault.

In October 2008, Dunn’s daughter, Pamela Hamill, had had enough of Joe Biden’s lies about her father. As reported by Carl Hamilton for Newark Post on Oct. 30, 2008:

Dunn died in 1999, but his daughter says she’s fed up with Biden publicly mischaracterizing him as having been drunk when the accident occurred.

According to Delaware Superior Court Judge Jerome O. Herlihy, who oversaw the police investigation 36 years ago as chief prosecutor, there is no evidence supporting Biden’s claim. “The rumor about alcohol being involved by either party, especially the truck driver (Dunn), is incorrect,” Herlihy said recently.

Police determined that Biden’s first wife drove into the path of Dunn’s tractor-trailer, possibly because her head was turned and she didn’t see the oncoming truck.

Dunn, who overturned his rig while swerving to avoid a collision, ran to the wrecked car and was the first to render assistance.

Police filed no charges against Dunn, who at that time lived in North East, Md. with his wife, Ruby, and their seven children….

Hamill says she defended Biden at first, believing that, perhaps, his words had been misconstrued.

But her disbelief turned to anguish when shown a video of Biden making his unfounded assertion during a public appearance….

“I just burst into tears,” Hamill said. “The story already is tragic enough, why did he have to sensationalize it by saying my father was drunk? My family is outraged.” …

Hamill appeared on “Inside Edition” on Sept. 18 to set the record straight and now, acting as family spokesperson, she is campaigning for Biden to recant his story and restore her father’s honor.

On Oct. 1, after several attempts to make contact, Hamill sent a registered letter to Biden’s camp, asking him to tell the truth.