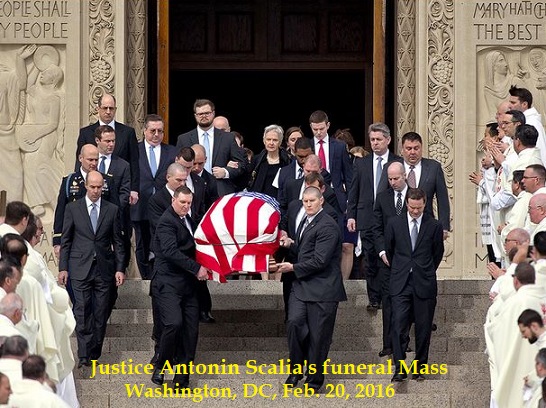 It is more than three years since the suspicious death of Supreme Court Justice Antonin Scalia.

We are told that on February 13, 2016, Scalia suddenly died in his sleep in his room in Cibolo Creek Ranch, a 1,700-acre ranch and luxury hotel in west Texas, only 15 miles from the US-Mexico border. To this day, Scalia’s death is shrouded in mystery. The things “that don’t fit together” include the following:

Adding to the mystery surrounding Scalia’s death is an email by John Podesta, the longtime Democrat operative who was the chairman of Hillary Clinton’s 2016 presidential campaign. Dated just three days before Scalia’s death, the email made mention of “wet work” — a slang term of spooks which means assassination of a public figure.

True Pundit personnel, who have served in varying intelligence capacities and agencies for the United States, were floored this morning when combing the Wikileaks database of John Podesta emails.

Podesta, Hillary Clinton’s campaign chairman, in a Feb. 9, 2016 email makes reference to an assassination. Using the term “wet work,” Podesta sent a cryptic email to Democratic strategist and heavyweight consultant Steve Elmendorf. The term wet work is an intelligence slang term with Russian roots. Defined it means to assassinate a public figure, diplomat or someone of political note.

Elmendorf replied to Podesta’s mysterious reference: “I am all in Sounds like it will be a bad nite, we all need to buckle up and double down”

We do not want to go down the conspiracy rabbit hole here based on one or two comments. However, Podesta’s email was sent on a Tuesday. By Friday, Associate Justice of the Supreme Court Antonin Scalia was found dead at a remote Texas resort. To say Scalia’s death was suspicious is putting it mildly.

We are not alleging Podesta or Elmendorf played a role in Scalia’s death. That is a large leap and making such a leap is how news sites get a reputation for spreading conspiracy theories. But neither are doing themselves any favors by discussing the topic via email either. And the timing cannot be ignored, even by partisan detectives. Simply put: The optics look very bad.

When public officials and Beltway insiders, especially those working for Hillary Clinton, start and correspond to an assassination-themed email thread, they open themselves up wide for criticisms. Likewise this is the definition of poor judgment by both parties, discussing anything related, jokingly or not, to assassination. Podesta, after all, is running a campaign for the presidency of the United States and therefore his communications are held to a higher standard. And in a functioning Republic where law and order prevail, the FBI would want some answers too to the questions were are posing here. Any competent investigator would, based on the troubling timing alone. But, not Director James Comey’s FBI. Not this FBI.

Here’s the link to the Podesta email on Wikileaks. Below is a screenshot I took of the email: