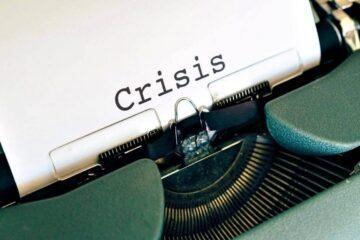 A few dozen protesters showed up to last weekend’s “Justice for J6” rally in Washington DC, but that did not stop the authoritarian Washington Beltway establishment from spending millions to again turn the area into a fortress, complete with a militarized Capitol Hill Police force and an army of undercover FBI agents. The protesters were easily outnumbered by reporters desperate for another “insurrection” story and by police officers who looked like they were ready for military combat.

Of the reported four people arrested at the event, one turned out to be an undercover FBI agent who was then escorted to “safety” by police after showing his badge. As conservative commentator Dinesh D’Souza Tweeted, the comedy of the event was that “there were so many undercover cops they were arresting each other by accident.”

Earlier, former President Trump warned that the rally was a set-up by an FBI, Homeland Security Department, and Capitol Hill Police Department eager for more trophies in their war against “insurrectionists.” He advised people to avoid the event and it appears their advice was taken.

They did not get their “Second Insurrection.” In fact, as we know from the FBI itself, they did not even get their First Insurrection. Though the Left elites continue to use that term, the FBI affirmed last month that there was no organized plan among the January 6th protesters to overturn the presidential election.

The media’s non-stop hysterical reporting about the January 6th “insurrection” – repeated endlessly by Democratic Party politicians – did serve an important propaganda purpose: anyone with concerns about the way the 2020 presidential election was conducted was immediately demonized and silenced.

But to me it seems a little too obvious that Biden backers and their allies in the deep state would hold a fake rally just to set-up more “insurrectionists” to be arrested. It’s possible that they believe conservatives and Trump supporters are dumb enough to walk into a trap – or perhaps another trap – but I find it unconvincing.

Instead, perhaps this rally was in reality a kind of psychological operation. After all, such an exercise would be a win-win for the planners. On one hand if a massive crowd showed up it would give new life to the now-discredited narrative that an attack on “our democracy” more serious than 9/11 (as President Biden laughably claimed) was operating just below the surface of society.

Authoritarians must be able to point to “the enemy” to consolidate their power.

On the other hand, if no one showed up, as it turns out happened, the real organizers could laugh and crow about how support has evaporated for the hundreds originally arrested after January 6th (many still held without bail, but none charged with “insurrection”). And also, they can claim that support for Donald Trump, who for some reason continues to mortally terrify them, has likewise disappeared.

This failed rally is a success for Team Biden on one front: very few would now dare to hold a rally calling attention to the shocking injustice that continues to stain the prosecution of so many January 6th protesters. But we must not let enemies of justice win. All liberty lovers must speak out for the unfairly persecuted. Even when it’s politically risky. We must not be silent!