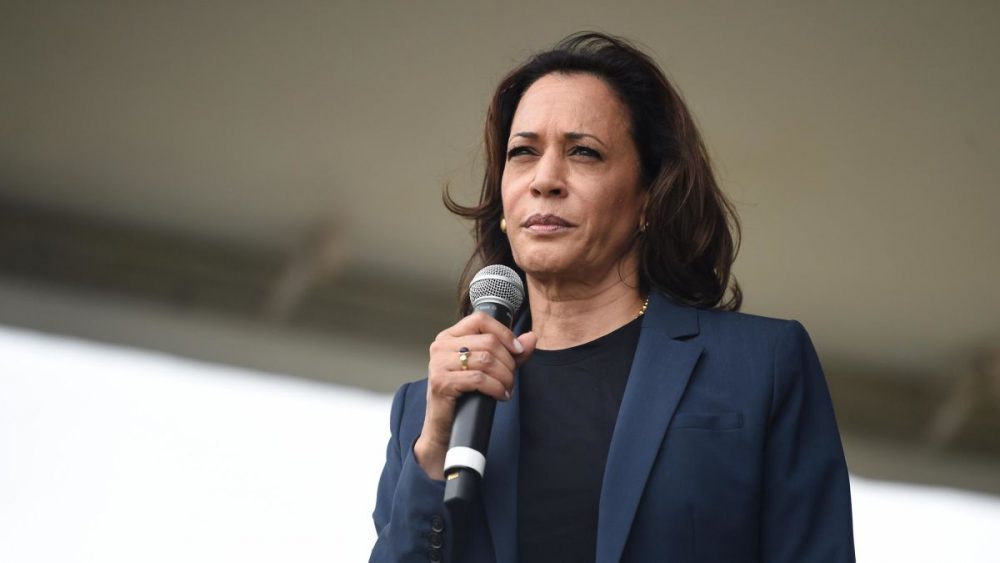 Democratic presidential candidate Kamala Harris is cutting all of her field organizers in New Hampshire and all three field offices in the Granite State, according to campaign aides. The number of staff cuts is in the “double digits,” with more than half of her New Hampshire staff being laid off.

According to a campaign spokesperson, “a handful of staffers will run a scaled-down campaign out of the Manchester headquarters.” The field offices in Portsmouth, Manchester and Keene will be closed.

“Senator Harris and this team set out with one goal – to win the nomination and defeat Donald Trump in 2020,” Nate Evans, communications director for Harris’ New Hampshire campaign said in a statement. “To do so, the campaign has made a strategic decision to realign resources and go all-in on Iowa, resulting in office closures and staff realignments and reductions in New Hampshire. The campaign will continue to have a staff presence in New Hampshire but the focus is and will continue to be on Iowa.”

Multiple New Hampshire state officials speaking on the condition of anonymity because of their official roles expressed surprise upon learning Harris’ scale-down. Sources unanimously referred to it as a “bad sign” for the California lawmaker’s campaign, given the crowded 2020 field.

The California senator will not be visiting New Hampshire next week to file for the first-in-the-nation New Hampshire primaries in person on November 6 and 7, as originally planned. Harris’ team is likely to mail in her declaration of candidacy, a break from the traditional walk-in filing by candidates. Among those to make the trip this year are Pete Buttigieg and Bernie Sanders, who visited the New Hampshire State House in Concord to make their candidacy official.

Secretary of State Bill Gardner says showing up in person at the State House is not mandatory under state law. “It does generate publicity,” Gardner told CBS News. “It’s just part of the ritual. It’s not required.”

But the secretary, who is overseeing his 11th filing period, having served over 43 years in public office, told CBS News he could not remember a major presidential candidate who did not send a surrogate or appear in person during the filing period.

“The lesser known candidates, a lot of them file by mail,” Gardner recalled to CBS News.

“We had to lay people off. Yes, we did. We had to lay people off,” Harris told reporters in Ankeny, Iowa. She said she did not know how many staff members total were laid off, deferring to her campaign manager Juan Rodriguez. Harris added, “I am very sad about that. It was a very tough decision that we had to make, but frankly a necessary decision. I am all in in Iowa. And I intend to win.”

Harris previously had just over 20 staffers in the Granite State. The presidential contender has made five trips to New Hampshire spending a total of 8 days here, fewer than other 2020 presidential candidates qualifying for the Democratic debates.

Harris last visited New Hampshire on September 7 for the New Hampshire Democratic Convention. She was asked during her press availability at the convention if she planned to spend more time in the Granite State.

She responded that it would be “a top priority going forward.”

“It’s a very important state. It’s obviously an early state,” Harris said in September. “And the people of New Hampshire are, in the my experience, are informed. They make me a better candidate. They give feedback on the issues that not only impact the state, but it is one of the barometers of how the country is doing.” She later added to reporters gathered, “Yes, I plan on spending and continuing to spend a lot of time in this great state, in the Granite State.”

According to a CNN poll released this week, Harris attracted just 3% support in the Granite State, falling from 9 percent in CNN’s July poll of the state.

Earlier this week, the Harris campaign outlined plans to slash salaries and reduce staff size at the campaign’s national headquarters in Baltimore and in some early states and redouble Harris’ plan to campaign in Iowa.