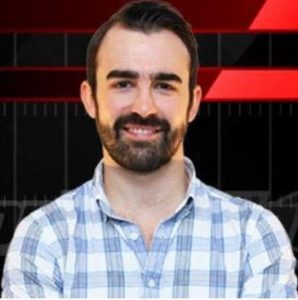 Paul Gallant is the host of a morning radio show on ESPN 710 Seattle.

On June 12, 2020, responding to a tweet from President Trump decrying the Antifa thugs who had taken over parts of Seattle (remember CHAZ/CHOP, the Antifa occupation of six city blocks in the Capitol Hill area of Seattle?), Gallant vehemently defended the anarchist thugs and told the President to “chill dawg”.

Six weeks later, Gallant discovered for himself how wrong he was.

In a series of tweets, including a video and pictures, Gallant described how rioters had damaged his apartment building. Calling the rioters “assholes,” Gallant said he would be evacuated from the building, that he’s “angry” and that he’s considering buying a gun.

Came home to my apartment complex. The Starbucks underneath has been destroyed, and cops are telling us to stay away in case something explosive is inside.

Unrelated, there’s a fire a few blocks from me which had me freaked out when I saw it from the highway. Zero clue what’s going on, but the cat and I are g’ing t f out

I feel like I need to buy a firearm, because clearly this is going to keep happening. Enough is enough. It looks like a block party down the street from me. Really angry right now.

Accused of being a hypocrite, Gallant then doubled down on his “Chill dawg” mockery of President Trump. He tweeted:

I stand by what I originally said. 5 weeks ago, Chaz/Chop/whatever didn’t seem as bad as portrayed by those outside of it. I’d walked through it a few times. Then burning & pillaging actually happened. Classic. Opinions should be able to adapt and evolve.

This response from tweeter @dwk64 is so on the mark:

This post first appeared at Fellowship of the Minds, read the rest