According to the site:

This includes support in the form of forum posts, projects, patterns, profiles, and all other content. Note that your project data will never be deleted. We will never delete your Ravelry project data for any reason and if a project needs to be removed from the site, we will make sure that you have access to your data. If you are permanently banned from Ravelry, you will still be able to access any patterns that you purchased. Also, we will make sure that you receive a copy of your data.

Sounds a bit hypocritical to us.

Translation: If you support Trump, sit down and shut the hell up — or else.  Sounds rather “liberal” to us, if you know what I mean…

The site even calls on users to help by “flagging … items if they constitute support for Trump or his administration…”  Gee, just like in the former Soviet Union or in Orwell’s classic book, “Nineteen Eighty Four.”

Then again, the presence of the rainbow flag in its logo should be a — pardon the pun — red flag:

Ravelry describes itself as:

“A place for knitters, crocheters, designers, spinners, weavers and dyers to keep track of their yarn, tools, project and pattern information, and look to others for ideas and inspiration. The content here is all user- driven; we as a community make the site what it is. Ravelry is a great place for you to keep notes about your projects, see what other people are making, find the perfect pattern and connect with people who love to play with yarn from all over the world in our forums.”

We are banning support of Donald Trump and his administration on Ravelry. We cannot provide a space that is inclusive of all and also allow support for open white supremacy. More details: https://t.co/hEyu9LjqXa

We reached out to the site for comment but have not received a response as of this writing.

Fear Pornographer Anthony Fauci Wrong Again: “Mysterious Inflammatory Condition” In Children Is Typical Every Year In 13 Of 100,000 Children In Study 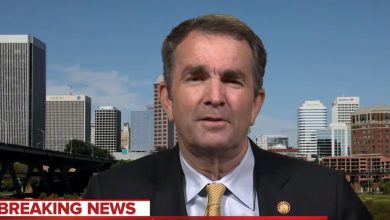 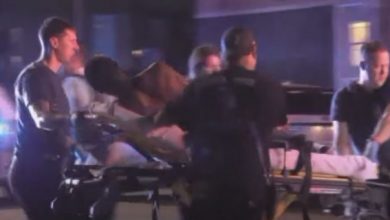 Media Silent After At Least 39 Shot In Chicago Over The Weekend, Continue Trump Attacks

Calm Down It's Just A Hat 100% Cotton Twill Hat

America is Not a Democracy Sticker

1776 Only You Can Prevent Socialism Sticker