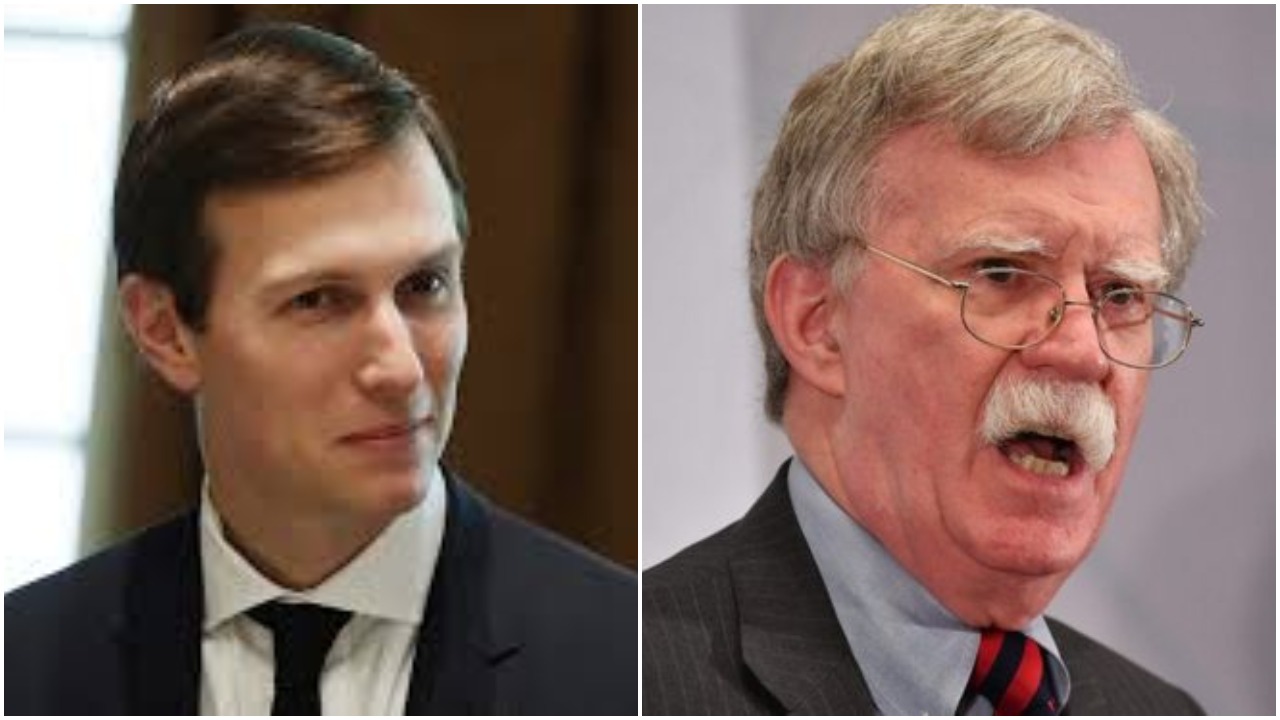 Over the Christmas holiday, patriotic Americans celebrated the good news of Jesus’ birth and received some more good news from President Trump. Trump announced the troops were coming home from Syria effective immediately and that he was willing to shutdown the government over border security, a shutdown that has now lasted 17 days.

But now, Trump’s progress on the key components of his agenda is in jeopardy because of two members of his own administration: national security adviser John Bolton and White House adviser Jared Kushner.

Bolton is the mustachio’d warmonger who was a cast off from the George W. Bush administration. He was considered a laughingstock before Trump resurrected him by giving him a key foreign policy position. Bolton has largely focused on Iran and the United Nations in his role but now seems to be undermining the President’s agenda on Syria.

“As we elaborate how the withdrawal is going to occur and the circumstances, we don’t want the Assad regime to see what we do as representing any diminution in our opposition to the use of weapons of mass destruction,” he added.

Of course, there was never any credible evidence produced showing Assad to have weapons of mass destruction. Previously, there had been chemical weapons attacks – likely staged by the Al Qaeda-affiliated White Helmets who are backed by Hollywood and the Western corporate media – widely attributed to Assad right before troops were getting ready to be pulled out of the area.

Bolton, a man who never met a war he didn’t like, is preparing the confused, beleaguered public to get ready for another one of these specious attacks and another US escalation.

“A lot of options would be on the table… if [the Syrian government] don’t heed the lessons of those two strikes, the next one will be more telling,” Bolton said.

On the immigration front, Trump is talking tough but being undermined by his own family. Kushner, Trump’s son-in-law, has been tasked with handling negotiations. He is pushing relentlessly for amnesty for illegal aliens.

The San Fransisco Gate reports on the troubling situation:

“Kushner, the president’s son-in-law, continues to tell his allies that he thinks there could eventually be a deal for border wall funding in exchange for immigration protections for undocumented immigrants who were brought to the United States as children, according to two people who were briefed on those discussions. Another person familiar with the discussions emphasized, however, that Kushner was not pushing for a deal on Deferred Action for Childhood Arrivals, or DACA, at this time.

Chatter about an agreement involving protections for young immigrant beneficiaries of the DACA program have risen a bit in recent days, although the administration has rejected previous wall-for-DACA deals and Democratic leadership is in no mood for one now.

After his work on a bipartisan criminal justice reform bill, Kushner is as engaged as ever with Capitol Hill, the people said. Still, Kushner’s interest in brokering a possible deal on immigration has caused some anxiety among conservatives close to Trump, several of whom said Saturday they feared the president could eventually be intrigued by Kushner’s position as the shutdown drags on and Trump searches for a way out.”

Trump may need to fire these individuals before they undermine him further and make the President look weak heading into next year’s general elections. If Trump cannot fully achieve his immigration and foreign policy mandates, he very well may be a one-term president.