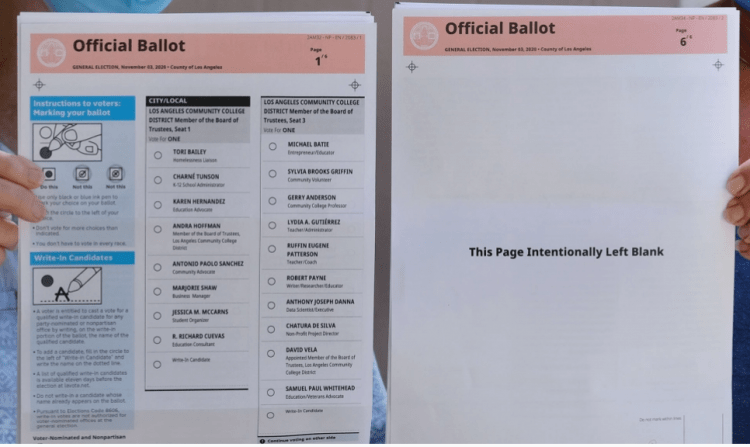 Clearly, the treasonous Democrats subscribe to the totalitarian belief that if the party-run press doesn’t report on election theft and stolen elections, then it didn’t happen. Like the tree that falls in the forest ……

L.A. County: Over 2,000 mail-in ballots sent without the option to vote for president

Nearly 2,100 mail-in ballots were sent to voters in Los Angeles without the option to vote for the next president of the United States, according to theLos Angeles Times.

“While this has impacted a very small number of Los Angeles County voters … we nevertheless apologize to those affected by the mistake,” said Michael Sanchez, a spokesman for the county clerk’s office, according to the LA Times.

The State of California has chosen to send mail-in ballots to the State’s registered voters in an effort to mitigate the spread of COVID-19.

President Donald Trump has criticized the move and says what comes with it is the potential for massive fraud. In fact, in California, the RNC, Trump Campaign, and California Republican Party have sued to stop ballot harvesting, which allows campaign workers to collect mail-in ballots.