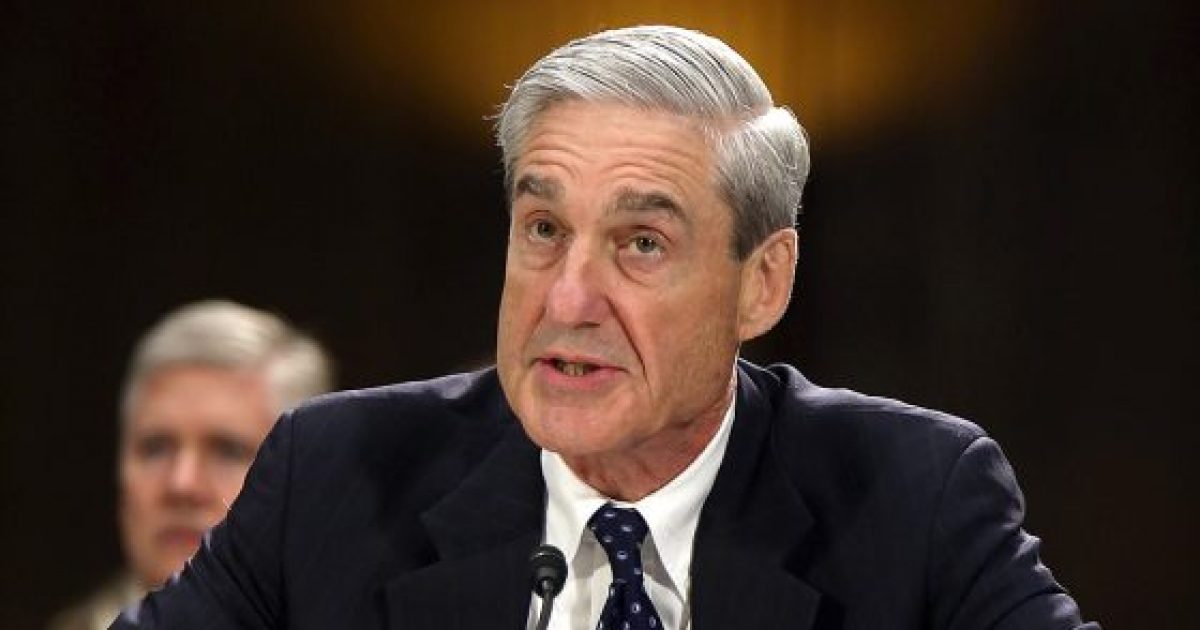 Well, it looks like we’re discovering more and more of the corruption of Robert Mueller. It is being reported that the Office of the Special Counsel deleted text messages from the iPhone of fired FBI agent Peter Strzok before turning it over to the Department of Justice Office of the Inspector General (OIG).

Yes, these are those infamous text messages between Strzok and FBI attorney Lisa Page. There are literally thousands of text messages that were wiped from the phones by Mueller’s team.

Can you say obstruction of justice?

The reason the investigation began was that the DOJOIG was notified that there was a significant gap in text messaging data from mid-December 2016 through mid-May 2017 from Strzok and Page’s phones.

According to the OIG report:

In view of the content of many of the text messages between Strzok and Page, the OIG also asked the Special Counsel’s Office (SCO) to provide to the OIG the DOJ issued iPhones

that had been assigned to Strzok and Page during their respective assignments to the SCO. Strzok and Page had each returned their DOJ-issued iPhones six months earlier when their assignments to the SCO had ended. The OIG was told that the DOJ issued iPhone previously assigned to Strzok had been re-issued to another FBI agent following Strzok’s departure from the SCO. The SCO obtained the iPhone from that individual and provided it to the OIG. CYBER obtained a forensic extraction of the iPhone previously assigned to Strzok; however, this iPhone had been reset to factory settings and was reconfigured for the new user to whom the device was issued. It did not contain data related to Strzok’s use of the device. SCO’s Records Officer told the OIG that as part of the office’s records retention procedure, the officer reviewed Strzok’s DOJ issued iPhone after he returned it to the SCO and determined it contained no substantive text messages.

The SCO was unable to locate the iPhone previously assigned to Page, which had been returned to DOJ’s Justice Management Division (JMD). Subsequently, in early September 2018, JMD informed the OIG that it had located the iPhonethat had been assigned to Page. The OIG took custody of the device. Page’s iPhone had been reset to factory settings on July 31, 2017, but had not been reissued to a new user. (The Office of the Deputy Attorney General told the OJG that the Department routinely resets mobile devices to factory settings when the device is returned from a user to enable that device to be issued to another user in the future.) The OJG forensic review of the phone determined that it did not contain any data related to Page’s use of the device. SCO’s Records Officer stated that she did not receive the phone following Page’s departure from the SCO and therefore she did not review Page’s iPhone for records that would possibly need to be retained prior to the phone having been reset. As noted on page 395 of the OIG’s June 2018 report entitled, “A Review of Various Actions by the Fedel’a! Bureau of Investigation and Department of Justice in Advance of the 2016 Election,” https://www.iustice.gov/file/l07199J/download, the Department, unlike the FBI, does not have an automated system that seeks to retain text messages, and the service provider only retains such messages for 5 to 7 days.

Strzok and Page testified before Congress this summer, and the former FBI agent admitted that he had not turned over all of his communications with Page to the Inspector General from his personal phone, even though their recovered conversations showed the two suggesting they move to apps like iMessage or Gmail. Strzok told outgoing Rep. Darrell Issa (R-CA) that it is a “safe assumption” that he sent messages to Page from his personal phone that were similar in nature to the widely-publicized messages attacking Trump supporters. He told House Judiciary Chairman Bob Goodlatte (R-VA) that he himself determined which messages on that phone were “relevant to FBI business” that the Inspector General could review.

At that time of their exchanges, the FBI was investigating whether former secretary of state and then-presidential candidate Hillary Clinton improperly used a private email account while she was Secretary of State. Strzok, a senior counterintelligence agent, was assigned to the case, as was Page. Reports claimed the two were romantically involved during this time. Strzok was ultimately fired after anti-Trump text messages between him and Page were discovered by the special counsel.

Thursday’s report said the FBI used special software to collect more than 20,000 text messages from the pair’s phones, but not all were sent between Strzok and Page. Investigators have already released some of the controversial texts, including a message from Strzok saying he would “stop” President Donald Trump from winning the election.

Missing text messages from the pair’s iPhones, though, continue to elude the FBI.

Meanwhile, both of them walk free while the Mueller probe continues to cost the American people $22 million and he still hasn’t discovered one thing the investigation was supposed to be about.

Robert Mueller currently has 4 criminal complaints about him. As I previously reported:

First, as you know, there is Dr. Corsi’s criminal complaint against Mueller. You can read about that here and the background on it here.

Second, I reported on an unnamed witness in Mueller’s grand jury who is to be heard by an appellate court later this month regarding a lawsuit against Mueller.

Robert Mueller has a history of deception and questionable conduct, including his aide in covering up 9/11, sabotaging America’s counter-terrorism training and former Secretary of State Hillary Clinton ordering Mueller to engage in treason by delivering uranium to the Russians in a secret 2009 tarmac meeting.

Can we now add obstruction of justice to the list of crimes Robert Mueller has been involved in?