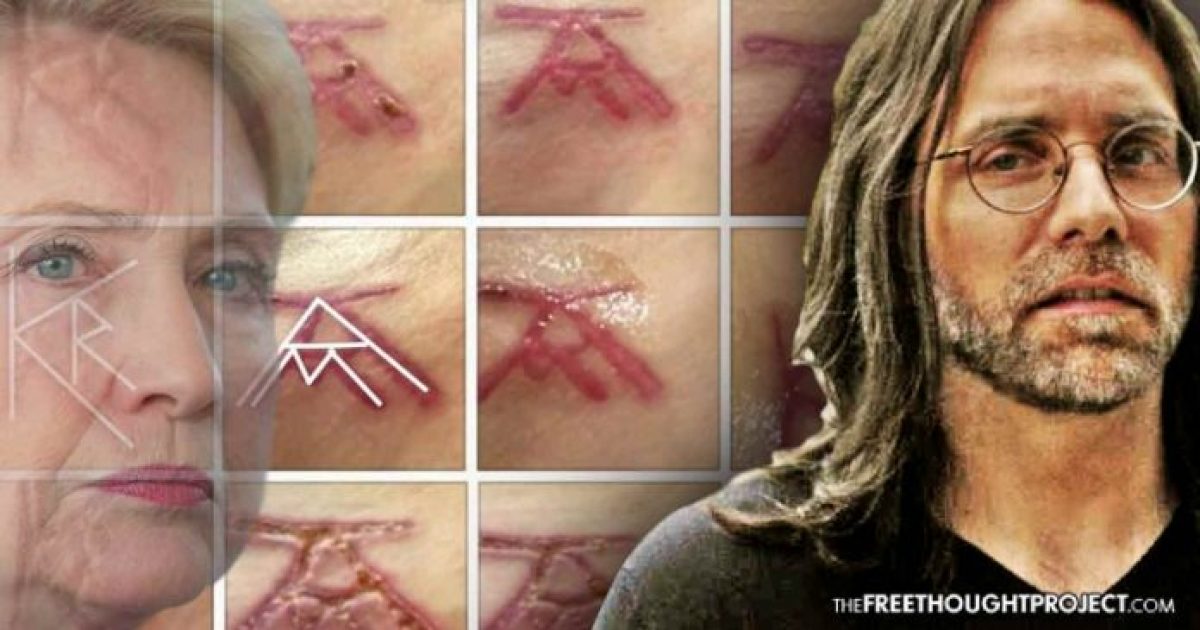 The facts coming out about the NXIVM sex cult have largely been ignored by the mainstream media, but demonstrates that those of us who have been reporting on pedophile rings in the US are not conspiracy theorists, but actual reporters of the truth the media doesn’t want to tell you about. The latest news coming out about NXIVM leader Keith Raniere is that he “had sex with a 15-year-old slave,” locked a woman in a room for 2 years because she would not have sex with him, said gang rape was acceptable in some cases and approved of incest.

Raniere appeared in federal court on Thursday to submit documents in a second request for bond.

The Judge denied him bond.

A federal judge has rejected NXIVM founder Keith Raniere’s latest request to be released on $1 million bond while his criminal case is pending.The order, handed down this week by U.S. District Judge Nicholas A. Garaufis, cited Raniere’s continued flight risk, noting again that he had traveled to Mexico in the fall of 2017 when a federal investigation of his organization was intensifying.In rejecting Raniere’s second request for bond, the judge also cast aside the defense argument that he would not run away because it would damage his reputation.”(Raniere) submits that, if he fled, he would risk losing the love and respect of his friends — in particular, the love and respect of his sureties, who would lose the money they had posted for bail,” the judge wrote. “Considering the charges Raniere faces, the potential loss of love and respect is an unavailing substitute for a financial stake in his appearance.”Raniere, 58, could serve up to life in prison on the sex-trafficking charges he faces, and potentially decades in prison if convicted on charges of wire fraud, racketeering and forced-labor conspiracy.He had proposed his $1 million bond would be secured by three properties owned by others, but the government said the value of those properties, owned by NXIVM clients, is only about $170,000.

The founder of Nxivm submitted papers hoping to be released on bond, and in response the prosecution pointed to many of the allegations they made about the man when he was first indicted earlier this year as well as some shocking new claims.These include the fact that Raniere had spoken in favor of incest, said gang rape was acceptable if the woman had an orgasm, and engaged in sexual relations with at least one underage member of his cult.It is also stated in the government opposition to Raniere’s request for bail that he kept one woman locked in a room for two years after she refused to engage in sexual relations.

The DM goes on to report:

‘The defendant also poses a serious risk of danger to the community. As the Court has already found, the defendant is “charged with serious felonies based on his alleged role in running a secretive, cult-like organization in which ‘slaves’ are allegedly branded with his initials and tasked with serving him and other senior members of the organization,”‘ wrote the government in their response.’The defendant’s creation of DOS was the culmination of a long history of abusing women and girls through manipulation and coercion. The government has obtained evidence that the defendant began having a sex with a “first-line” DOS “slave” when she was fifteen years old and he was forty-six.’That opposition letter goes on to state: ‘Among other sources of evidence, journal entries written by the DOS slave before her eighteenth birthday reflect an ongoing sexual relationship with the defendant.’Raniere was also deemed a risk based on his treatment of a woman identified as Jane Doe 4 in the case.’The defendant’s claim that he does not pose a danger because there are no allegations of violence, guns, knives, or weapons of any time, ignores the very real and significant consequences of psychological abuse, economic abuse, and sexual abuse,’ reads the government response.’For example, it was on the defendant’s orders that Jane Doe 4 remained in a bedroom for nearly two years. The defendant ordered her confined to the room not because she had stolen “from people in the community,” but specifically in order to exercise power and control over her.’For instance, in an email dated November 9, 2010, Lauren Salzman emailed the defendant to inform him that Jane Doe 4 had written a letter that begged to be “let out” of the room because she was “coming undone.”‘

This is beyond depravity.

And who is funding the defense of Raniere and others charged in the case, including actress Allison Mack, who molested an 8-year-old girl and recorded it? None other than co-defendant and Seagram’s liquor fortune heiress Clare Bronfman.

Court papers say a trust largely funded by Seagram’s liquor fortune heiress Clare Bronfman is bankrolling the defense for her five co-defendants in the sex-trafficking case. They include the leader of the secretive upstate New York group called NXIVM, Keith Raniere and TV actress Allison Mack.

A judge ordered hearings Thursday in the coming days to address what prosecutors have argued is a potential conflict of interest.All the defendants have pleaded not guilty to charges alleging that followers belonging to a secret society within NXIVM were coerced into becoming sex slaves who were branded with his initials. A trial is expected to begin in March.

In court papers, prosecutors say the main concern “is that this payment structure has the potential to affect defense counsel’s advice, including whether to seek possible leniency by cooperating with the government, including against Clare Bronfman, and whether to testify in their own defense at trial, where such testimony might implicate Clare Bronfman.”Prosecutors also claim the trust has sought to pay the legal fees of witnesses. One witness met with an attorney being paid by the trust who “recommended that she invoke the Fifth Amendment in response to the government’s questions in the grand jury” or else he wouldn’t represent her, according to the government papers.

Wow! Wouldn’t that be a form of witness tampering? One would think so.If you haven’t seen it, here is Raniere being interviewed in what is clearly a staged interview by Allison Mac.

This guy doesn’t need to be let loose in society.For more on this story: