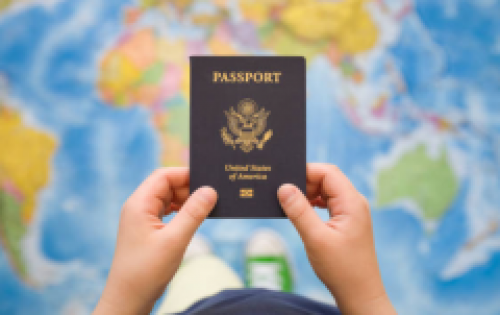 In certain conspiracy circles it has been claimed that Trump’s Southern Border Wall is not meant to keep immigrants out, but rather to keep Americans from leaving.

Now the IRS is throwing additional kindling on that fire.

Mises.org reports that the IRS has been given the power to hold passports hostage while disallowing certain passport holders to leave the country:

It should not be surprising, then, that the US government is now cracking down on Americans who have outstanding tax bills — by holding their passports hostage. This could affect more than 360,000 Americans.

In an extremely troubling move three years ago, the Republican-controlled Congress handed the Internal Revenue Service the power to strip individuals of one of the most important and tangible rights possessed by American citizens – their passports. The Service is now starting to use this hammer.

Barr rightly points out that, given we already know the IRS uses its power to target political enemies, this new power of the agency is especially troubling.

Barr makes a valid point. Let’s not forget the IRS targeting scandal that ended up going nowhere. Conservative individuals and groups were targeted by the IRS based solely on their political beliefs and affiliations.

Let’s pause and go back to that crazy wall conspiracy.

Does the wall really serve more to keep people in than out?

It sounds ludicrous but there is certainly a lot of circumstantial evidence to back the claim that your government does not want you to leave.

For instance, did you know that the fee to renounce citizenship in America is higher than any other country in the world?

Forbes reported that our expatriation fees quadrupled in 2015:

When the news broke a year ago that the U.S. was hiking the fee to renounce U.S. citizenship by 422% there was a backlash. If anything, the uptick in American expatriations grew rather than declined. The U.S. State Department said raising the fee for renunciation of U.S. citizenship is about demand and paperwork. Perhaps, but a hike from $450 to $2,350 is still steep. That is more than twenty times the average level in other high-income countries. The State Department complains about demand on their services and all the extra workload they have to process people who are on their way out.

So is our government really that desperate to keep people from leaving?

They are happy to let you go, so long as you leave the required pound of flesh behind. After that, please don’t let the door hit you in the assets because those assets belong to the IRS.