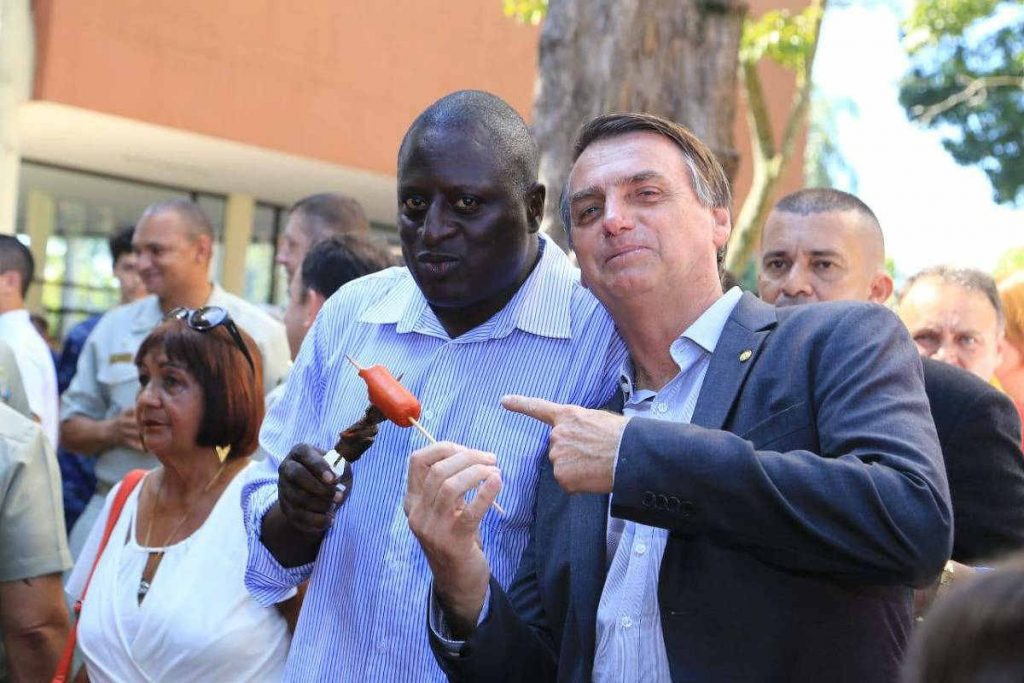 Bolsonaro’s triumph in Brazil has brought the left/right debate back to the forefront. It is a debate that includes extremism and, in recent months, has reached a paroxysm, whether with Trump in the United States, totalitarian feminism in Spain, the rejection of immigration in the United Kingdom, racism in Germany, or anti-Spanish sentiment in Catalonia.

However, the emergence—or the simple existence—of individuals who dare to think outside the carefully labeled politically correct boxes crafted by “polite society” harms the dogmatic positions in the discussion.

When the ingenious rapper Kanye West announced his support for President Donald Trump, I wrote that the artist represented a lethal danger to anti-Trump rhetoric.

If you support Trump, you are racist, xenophobic, a climate change denier, or a recalcitrant nationalist. Or, now, if you support Bolsonaro, you flirt with rape, assume blacks are inferior, and support the annihilation of leftist rebels.

When the black rapper said he loved Trump, they tarred and feathered him. He was subject to a barrage of attacks and insults. Writers questioned his mental health and tried to strip him of his racial identity. Presumptuous and haughty, they arrogate to themselves the power to decide where the support of various communities should go and how they should think because otherwise, they would be unbalanced and traitors to their racial identity, their gender, their sexual orientation…

“There are third parties, who are usually a presumptuous collective, who claim the right to speak on behalf of millions of individuals: women, homosexuals, African-Americans, Muslims…And they invoke their feelings, by subjective definition, to justify their intolerance.”

There is nothing more totalitarian than the left. It does not conceive of citizens. It does not conceive of individuals—only a huge collective. And these anointed divinities in the sky must subdue and manipulate various groups through identity politics. They must solemnly prescribe how they should act, what they must say, and how, according to their skin color or gender, they should think.

A recent Twitter debate has shined a valuable light on the intersection of politics and racial identity.

Documentary maker Andrés Carvajal wrote on his Twitter account: “Being a black man on the right is as respectable as being a cow and working in the butchery.” One Jorge Ugueto took umbrage at the remarks and penned a lengthy response, explaining why he is a black conservative.

This was what he said in a thread on Twitter:

Well, it turns out, my friend Carvajal, that I’m black and I’m conservative. And I’ll explain why:

Because the only equality in which I believe is equality before the law, while the left wants to equalize the whole world by force and the result of that is horror: Cuba, Venezuela. I am Venezuelan and I know what I am talking about.

Because I feel smart enough and able enough to get by without any government assistance. I am not in favor of any affirmative action or special treatment for blacks or for women. I believe, yes, in merit, work, and intelligence.

That’s why I do not want to be given work because I’m black, but because of my ability. When you say that blacks cannot be conservative, you are equalizing the whole world. It is annoying to have to explain something so obvious, but among the black community you will find great variety and diversity: brilliant people and stupid people; honorable people and scoundrels, brave people and pusillanimous people. There is everything, but you equal everyone and you arrogate to yourself the authority to say: ‘You can be this, but you can’t be that.’

And I ask you: who the hell are you to decide what someone else’s political views should be? I am on the right because I agree with what Sowell says in this interview (https://t.co/NdprXR5o6i).

I am on the right because I see myself as a full member of society, not as a victim. There is the debate, that the left builds its discourse on victimhood. Blacks, women, gays…it suits them that everyone is a victim.

I am conservative because what the left is offering today is nonsense: (Chávez, Castro, Iglesias, Monedero). Just look at what’s on the other side, and it’s not hard to see why someone leans to the right.

And before you commence with the spiel about fascism, nobody is talking about Hitler. I would have to be very disturbed to feel sympathy for that. I tell you clearly: as much as we hate fascism and Nazism, we also hate Communism. My thing is liberal democracy.

It just so happens that for people on the left everything that doesn’t square with their Marxist orthodoxy, is far right. That way they put everyone in the same bag. Even social democracy is called “right-wing.” That’s how serious and rigorous they are when it comes to a debate.

I always say that there are few things as racist as a socialist. For you, a black man can only be left-wing. And if one is not, they speak of alienation, of betrayal…Always the same cheap manipulation. They are so predictable, that they bore us easily.

Isn’t it the worst form of racism to want to define the political orientation of blacks, just because they are black? For you, people are defined only by their race. Is that not racism? I am on the right because it is “my” choice, not yours. I’m right because I feel like it. And period.

The Smallest Minority Is the Individual

There is no more to say. Sure, Ugueto wields a defense of liberalism, contrasting it with the totalitarianism of the left and their collectivist crusades.

Bolsonaro did not win in Brazil because almost fifty percent of the citizens of that country are racist, xenophobic, or sexist. To understand his triumph, this article by Álvaro Vargas Llosa is quite pertinent.

What the left does not understand is that we are free and independent men. Now they ask the individuals to shut up. They deny them. They exclude them. They claim to be the advocates in the defense of minorities. But to them, the opinion of blacks, gays, or women only matters until it becomes uncomfortable.

Orlando Avendaño is a PanAm Post intern who resides in Caracas, Venezuela, where he studies social communication at Andrés Bello Catholic University.