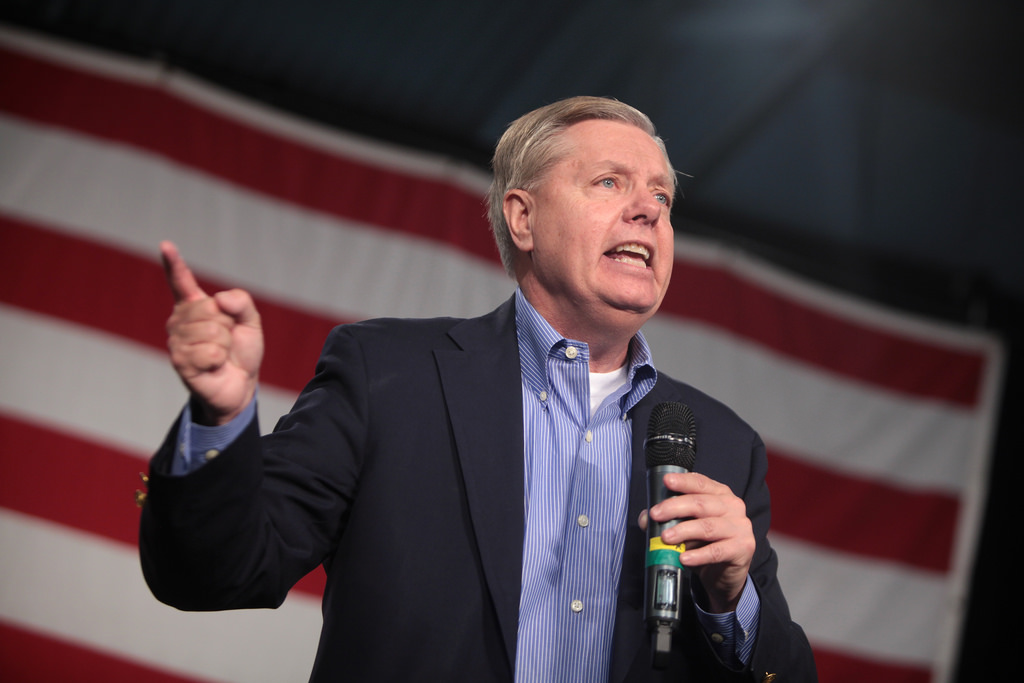 (Natural News) The $2.3 trillion “stimulus” spending bill being pushed by Congress in response to the Wuhan coronavirus (COVID-19) crisis is loaded with pork. And Sen. Lindsey Graham (R-S.C.) is defending that pork with claims that he is “concerned” about the plight of women in Pakistan, for instance, whom he says need tens of millions of dollars’ worth of American taxpayer-funded foreign aid to fund their “gender programs.”

Speaking on Fox News, Graham told a sob story about how women in Pakistan are currently not allowed to open up bank accounts without first getting signatures from their husbands. Because of this, Graham wants to send Pakistan $10 million of American taxpayer money for “gender programs,” along with another $15 million for “democracy programs.”

“Pakistan is a place I really worry about,” Miss Lindsey said to three perplexed Fox News hosts. “In 85 countries, a woman cannot open up a bank account without her husband’s signature. She can’t inherit property. If you’re a young girl in Pakistan, life is pretty tough. So we’re trying to make life better for women throughout the world.”

Graham was first elected to the South Carolina House of Representatives in 1994, by the way. In 2002, he was then elected to the United States Senate representing South Carolinians, and was reelected to that same seat both in 2008 and 2014, and once again in 2020. Graham is a textbook example of a career politician, in other words.

Lindsey Graham wants tens of billions of your tax dollars to go to foreign countries, but only $600 to go to you

Since his appearance on Fox, Graham was reportedly approached by President Donald Trump, who asked the South Carolina career politician to increase he and his colleagues’ proposed stimulus amount for Americans from $600 per person to $2,000 per person.

Graham is said to have agreed to the proposal during deliberations with Trump at his Mar-a-Lago Club golf course resort in Palm Beach, Florida.

“After spending some time with President @realDonaldTrump today, I am convinced he is more determined than ever to increase stimulus payments to $2000 per person and challenge Section 230 big tech liability protection,” is how Graham put it in a tweet.

Trump, as you may recall, has been upset for quite some time over the censorship labels that are being placed next to his own tweets on Twitter. Trump has repeatedly urged Congress to go after Big Tech, though nothing has happened thus far.

While the Democrats, along with Trump, have been pushing for Americans to receive much larger stimulus checks, Mitch McConnell, Graham and other Republicans have insisted that Americans only deserve $600 checks.

“Made many calls and had meetings at Trump International in Palm Beach, Florida,” Trump tweeted about his alleged efforts to convince Republican members of Congress to take care of their constituents rather than pander to foreign “gender programs.”

“Why would politicians not want to give people $2000, rather than only $600?” Trump further asked upon leaving his golf course on Friday afternoon. “It wasn’t their fault, it was China. Give our people the money!”

Trump went on to criticize Republicans for refusing to stand with him against the Democrats who are trying to steal the election for Joe Biden.

More of the latest news about government corruption can be found at Corruption.news.