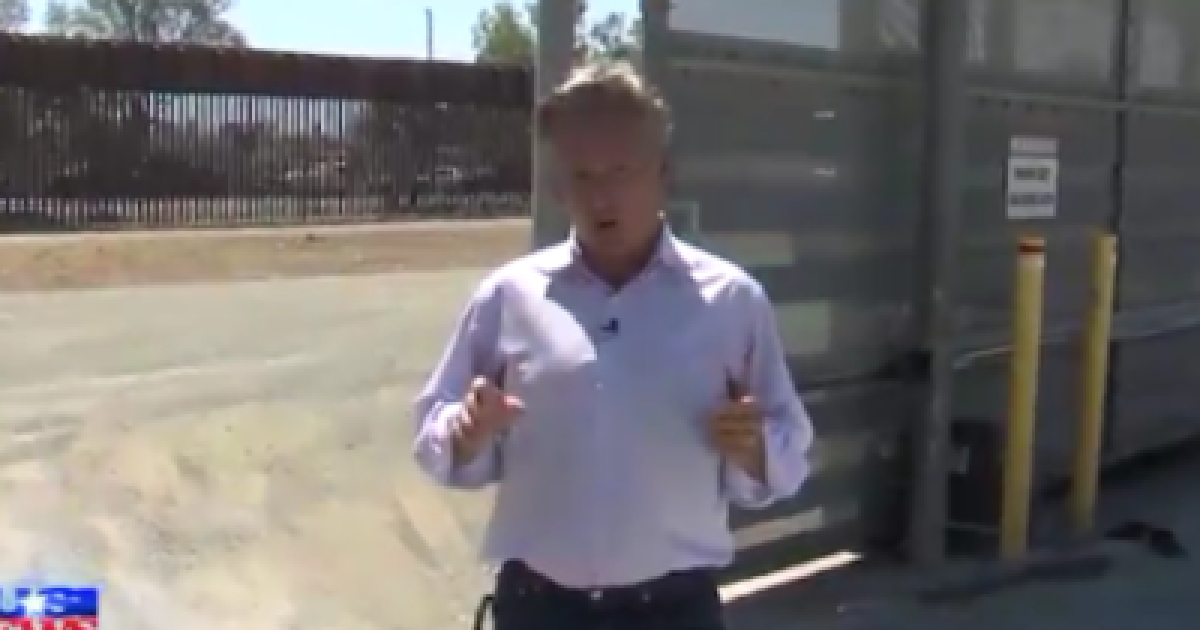 CNN isn’t anything close to news. It’s far-left propaganda. And just like Goebbels or Pravda, when the facts don’t fit their narrative, so much the worse for the facts. They simply don’t get reported, and the American people are subjected to lies, distortions, and deceptions instead. In this case, they’re working hard to give the impression that all is well and there is no problem at the border, so that Trump doesn’t declare a national emergency and build the wall.

Just a few months ago, they were screaming that there was a crisis at the border, when their migrant caravans were coming.

They don’t care about consistency or truth.

They only care about destroying Trump.

Thursday morning, @CNN called the KUSI Newsroom asking if a reporter could give them a local view of the debate surrounding the border wall and government shutdown. After we informed them about our past reports, they declined to hear from us.

A local news station in San Diego says that CNN contacted them for a “local view” from one of their reporters Thursday but lost interest upon learning that most Border Patrol Agents the station’s reporters have interviewed have confirmed that a southern border barrier is effective in reducing illegal immigration.

KUSI News, “San Diego’s more local news station,” said in a report Thursday that CNN contacted them earlier that day interested in getting a “local view” from one of their reporters, particularly on whether the wall works, to supplement their coverage on the current government impasse over funding for the border wall, a key component of President Trump’s attempt to curb illegal immigration.

“Thursday morning, CNN called the KUSI Newsroom asking if one of our reporters could give them a local view of the debate surrounding the border wall and government shutdown,” the outlet reports. “KUSI offered our own Dan Plante, who has reported dozens of times on the border, including one story from 2016 that was retweeted by former Speaker of the House, Newt Gingrich, and posted on DrudgeReport.com.”

So why did CNN decline the “local view” they said they wanted? “We believe CNN declined a report from KUSI because we informed them that most Border Patrol Agents we have spoken to told us the barrier does in fact work,” KUSI’s Mike McKinnon III reports. “We have continuously been told by Border Patrol Agents that the barrier along the Southern border helps prevent illegal entries, drugs, and weapons from entering the United States, and the numbers prove it.”

You can view some of their past reports here….