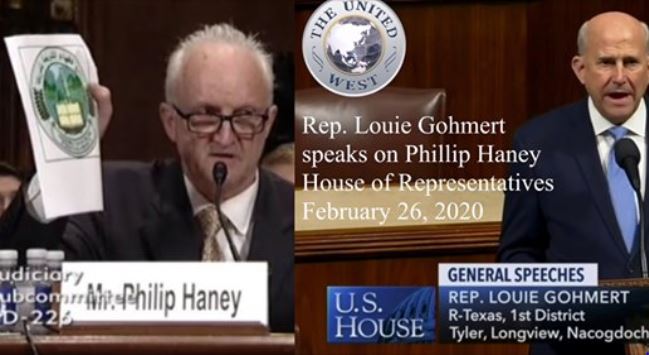 Opinion| Unless you have been living on the dark side of the moon recently you have likely heard about the sudden and tragic death of famous Obama Department of Homeland Security whistleblower, Philip Haney.

Haney, who blew the preverbal whistle on the Obama admin’s DHS and their alleged efforts to stop damaging and inconvenient information about threats from radical Islam INSIDE the United States from the American people.

‘Mr. Haney had told Fox News’ Sean Hannity, back in 2016, that he was ordered by the Obama administration to scrub the record of Muslims in the US with terrorist ties.

Philip Haney had claimed that during the Obama years, political correctness had forced the killing of the investigation. People has since asked if the scrubbing had not occurred, if we would have been able to stop the San Bernardino Christmas terrorists.’

We covered the Law Enforcement Today article which explained that ‘In 2018, Haney told Intercessors for America prayer activists that he had been working on a “special assignment” in Minnesota to stop Rep. Keith Ellison from being elected Minnesota’s Attorney General. As we approach the 2020 elections, friends of Haney’s told us he was planning on doubling down on efforts to “protect America from progressive leftists socialists”.’

The LET article also stated that people close to Haney were seemingly perplexed by the initial reports suggesting the whistleblower has shot himself:

‘‘Friends of Haney told us that they spoke with Haney earlier this week and he’d “never been happier”. They’ve suggested there’s absolutely no way he would have taken his own life… and reinforce that he’s had many enemies since he blew the whistle on the Obama administration.’

Now, the initial reports that Haney has committed suicide … by shooting himself in the chest, on the side of the road on an off the beaten trail road have been recanted.

Now Congressman Gohmert is saying that he plans on revealing the information that Haney was sitting on. Furthermore, the Congressman seemed to suggest that Haney knew his life was in danger as the two men had a pact where by if one of them ‘committed suicide’ the other would make the sensitive info they were preparing to release public.

Rep Gohmert said the following on the floor of the House this week:

“I had a friend I met here years ago. His name is Phil Haney and he was one of the kindest, most patriotic, competent people I’ve ever known in my life… We had a mutual pact. If it’s said that either one of us end up having committed suicide then the other is going to make sure that truth wins out… He saw things that were a threat to this country, he said something, and he was severely punished for it, because apparently the Obama administration had some radical ties that they did not want anybody, including Philip Haney, to expose… He was gonna name names of people that put this country at risk…and he ends with a bullet in him?”’

Vlad Tepes has the entire speech.

I pray that we are finally at the point where people in America no longer just believe law enforcement, the TV and MSM press when they tell us that someone who is working to expose powerful people (on either side of the isle) ‘commits suicide.’

Now, of course, these things do happen from time to time, however when a death is ruled a suicide before any investigation, it raises a serious red flag, in my mind at least.

Hopefully we will find out not only what happened to Mr. Haney, but also what it was that he was working on when he met his demise. Please join me in praying for Philip’s family and the safety of Congressman Gohmert, as they go through this terrible time.