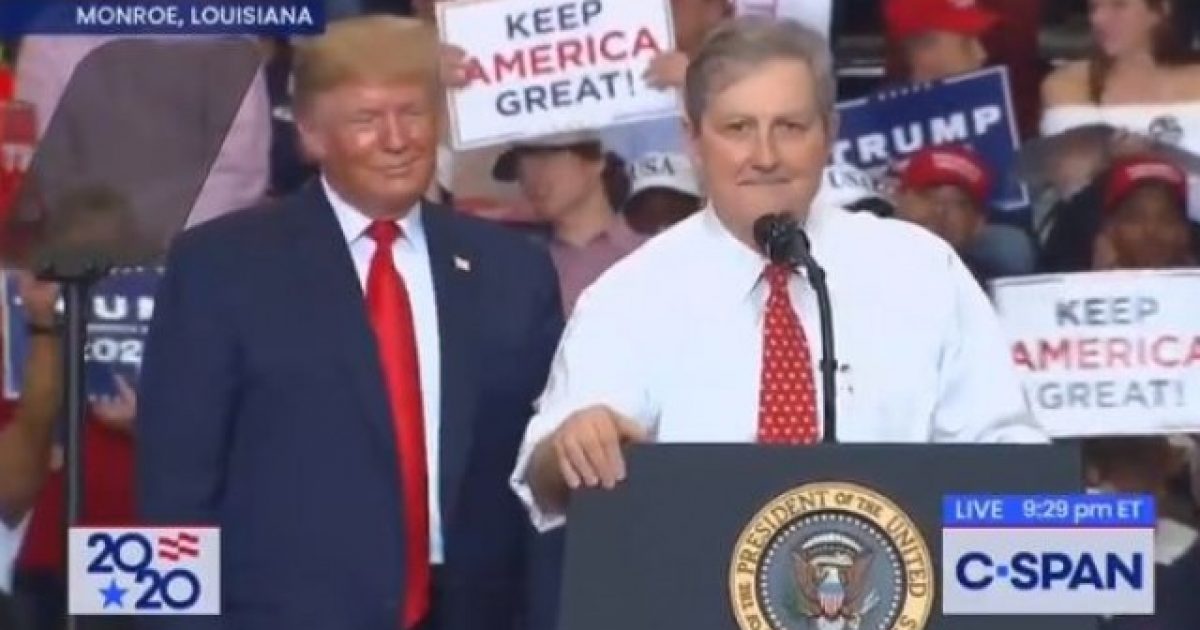 GOP Sen. John Kennedy of Louisiana joined President Trump at a rally in his home state Wednesday night, where he lit into House Speaker Nancy Pelosi (D-Calif.) and House Democrats who are laser-focused on impeachment rather than doing good things for the country.

“In three short years, President Trump has doubled the growth in the greatest economy in all of human history,” Kennedy said. “And you know what our Democratic friends have done for him? Speaker Nancy Pelosi is trying to impeach him.”

Then came the money line.

“I don’t mean any disrespect but it must suck to be that dumb,” Kennedy said, prompting a roaring applause from the huge crowd.

"I don't mean any disrespect but it must suck to be that dumb." pic.twitter.com/og8WVk353j

LMAO! Kennedy NAILS it once again!

In less than three years, President Trump has turned the American economy loose.

Unemployment is at historically low levels, to include blacks and Hispanics.

The president has signed trade deals with Mexico, Canada, South Korea, Japan, and, soon, China, that — for once — puts American businesses and American workers first.

The economy is red-hot and growing.

The stock market has set growth records practically every month he’s been in office.

There are more jobs than there are available workers, leading to higher wages and more savings.

The Trump/GOP tax cuts give Americans more money in their pockets and American companies more resources to expand and create jobs.

He signed prison reform legislation that Obama never even considered.

And he’s nominated one constitutionalist after another to federal courts and the Supreme Court.

So it’s no wonder all the Democrats have is impeachment. There isn’t a single economic, foreign or domestic policy issue they can compete with Trump on.

And in the end, impeachment will fail, too.