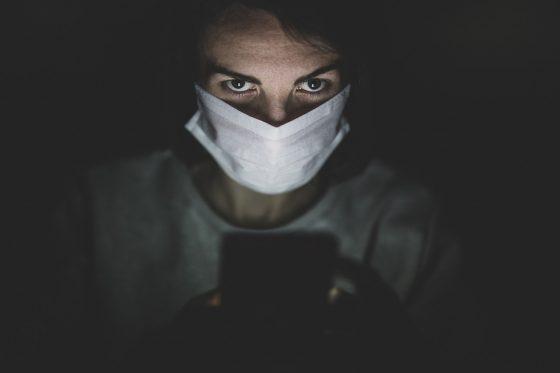 Editor’s note: The lengths to which these people will go to promote fear and panic in the population is incredible, especially when it comes to pushing the narrative about COVID-19, which has yet to be proven to actually exist through normal scientific means. For more on that, here’s my interview with Dr. Andrew Kaufman who points out just what I said in his study of the scientific documents. Now, after we’ve been told that this can be dealt with in just 1 minute of sunlight, we’re told a ‘second wave’ is upon us even though the sun has been out and the temperatures are warming up. Yeah, right!

The mainstream media, at the requests of the government, is busy making sure to shove the “fear” of a second wave of the coronavirus down the throats of the masses. As they insist we should all be panicked, some are, and you can see it in the symbol of the facemask.

James Corbett of The Corbet Report describes the face masks as a political statement. It has become a telltale sign that a person is buying the official narrative, even to their own detriment. The masks have been shown to do little if anything to protect from a virus that has been determined to be far less deadly than the flu in healthy individuals. SO why are so many strangling their own oxygen supply to comply?

Corbett Report, Richie from Boston, SHTFPlan, and a few other alternative media have been telling you that the second wave is coming, real or not, and you will be blamed for it. They are hearing up for the narrative right now as the New World Order is falling right in line. If you don’t have economic preps in place, you’d better make some quick, if you can.

“The second wave is coming and you will be blamed for it…it’s been set up for months and months. They’ve been panning this and setting it up. In fact, they even talked about this in Event 201, so it should be no surprise that it is starting to come to fruition,” says Corbett. “They are trying to make this real.” They will use as many waves as it takes to curb resistance to the end game. “This is designed to wear people’s resistance down to the agenda. It is coming, so brace yourself.”

If you are still stuck in the system, the Matrix, which was set up against you and rigged from day one, you should consider learning, reading, and waking up. Politicians are not going to save you, that’s not what they are there for. They are there ONLY to provide you with the illusion of choice and to comply with the elitists on the New World Order.

The solution is simple, but most people are still fighting to keep the system going, simply because it’s all they’ve known and the unknown is scary. As far as I’m concerned, I KNOW what the NWO will look like, and the unknown is a lot better!

The globe is also experiencing war-like situations between China and India, and North and South Korea. With little media attention, these conflicts have the capacity to blow up and generate a third bloody war.

“To address [WW3], I hope that this puts to rest the retort of the MAGA-cap wearing Trump supporters that say ‘Oh, it’s a good thing that he’s appointing Bolton and all these neocons to his administration! Keep your enemies closer, haha. It’s 27-D chess, yay!’ No. Actually, no. That was a stupid move. It always was. And it just proves that he’s just part of the same old boys club that’s working with the system and this is exactly what you get from that.” –James Corbett

You can be as angry as you’d like about the information, but that doesn’t change it. Trump has not done anything but help the deep state and push the globe toward war. Is it intentional?

“This is the kind of nonsense that calls out the political blather and hot air of the Trump administration on so many issues. It fails to deliver on absolutely anything. It’s all just pomp and circumstance and show, with nothing to show for it except for disaster and destruction.”-James Corbett

Manipulating The Masses: Edward Bernays & Why The System Needs Your Compliance‘”