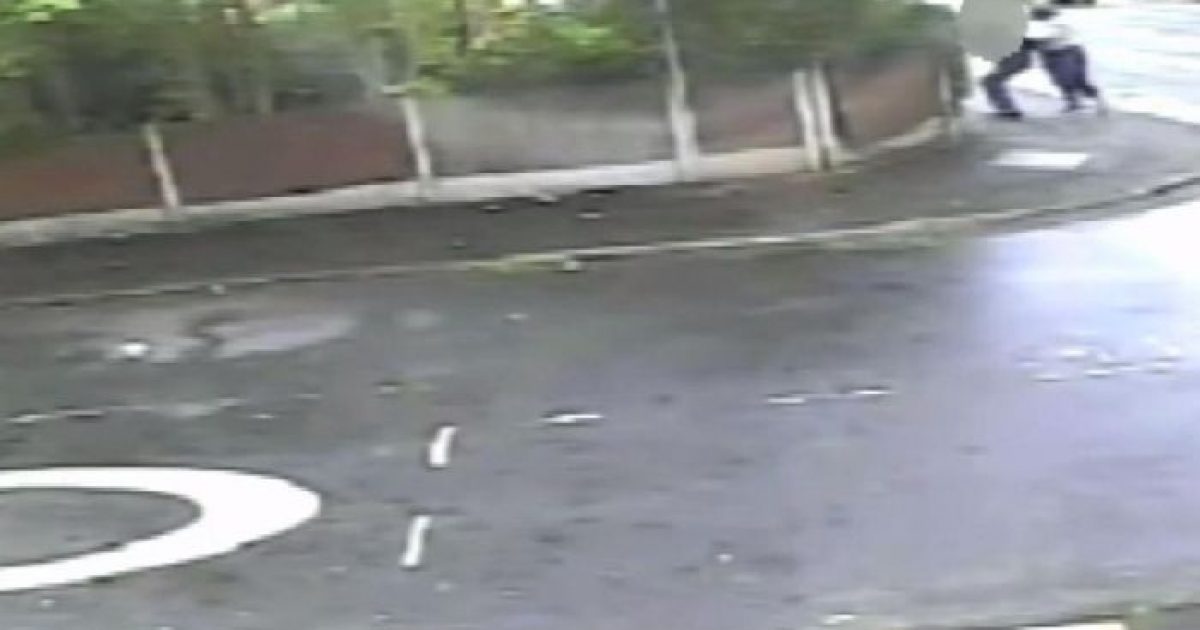 The UK’s Yorkshire Post reported Tuesday that “a Muslim convert from Leeds was seen on private premises at a military air base just days before he repeatedly stabbed a stranger in the neck in the street.”

Alex Davies, who now goes by the name Ahmad Ibn Abdillah, “stabbed Jaroslaw Poterucha six times from behind as he walked towards a bus stop in Manchester in August 2016. One of Mr Poterucha’s wounds was so deep, he was lucky to be alive, Manchester Crown Court heard.”

When he went to the military base, Ahmad Ibn Abdillah was wearing “full Islamic dress” and was “heard to be chanting was seen in an accommodation area for RAF personnel.” But when questioned, he refused to tell anyone on the RAF base anything; after he was searched by police and nothing was found, he was released.

But he hadn’t given up his dreams of jihad. “The following month he threatened two men in a takeaway pizza shop in Slough, Berkshire, with a large kitchen knife and said to them ‘Can I kill you now?’ and ‘You are not Muslims.’”

At that point he was arrested, but it did little good: “while on remand at HMP Bullingdon in Oxfordshire in October 2016 he attacked prison officers in two separate incidents – one in which he brandished a wooden stake with three razor blades embedded on its side and said: ‘Allahu Akbar, God is great.’”

However, Alex Davies/Ahmed Ibn Abdillah also knew how to play the system: “at his trial at Manchester, he pleaded not guilty by reason of insanity. Davies accepted he stabbed Mr. Poterucha but his lawyers argued he did not know what he was doing was wrong and that he believed he was stabbing an alien. Psychiatric experts for the prosecution and defence agreed that Davies is suffering from paranoid schizophrenia.”

He played the role to the hilt, writing a letter in November 2017 saying: “To whom it may concern. This is Ahmad Ibn Abdillaah, leader of the Muslims, confessing to a crime of which I am wanted for. Whilst in Birmingham I heard a voice saying ‘The Muslim Leader’ whilst in astonishment … I later went to Manchester and stabbed a man so I could establish myself as a fighter.”

The Yorkshire Post noted that “he is a devout Muslim who prays 15 times a day after he converted to Islam on his 20th birthday while in prison.” However, his case is not being treated as a jihad attack, but as yet another incidence of mental illness: “He is being treated at Ashworth high-security psychiatric hospital in Merseyside after being transferred from jail where he was serving a 10-and-a-half-year jail sentence, with an extended licence period of five years, imposed last May for the prison attack.”

No one who is dealing with Ahmed Ibn Abdillah’s case has likely considered the fact that the Qur’an gives straightforward instructions to believers: “When you meet the unbelievers, strike the necks…” (Qur’an 47:4)

Yet the British authorities’ decision to put him in a psychiatric hospital is fraught with its own perils. How “Islamophobic” of British authorities, to treat devoutness in Islam and obedience to the commands of the Qur’an as if it were mental illness. Will Islamic groups in the UK complain?

Note also this: when he threatened the men in the pizza shop, brandishing a knife and saying to them ‘Can I kill you now?’ and ‘You are not Muslims,’” where did he get this idea? Where did Ahmad Ibn Abdillah get the idea that he could kill non-Muslims but not Muslims? Could it have been from the Qur’an, which forbids Muslims to kill fellow Muslims (4:92) but commands Muslims to kill non-Muslims (2:191, 4:89, 9:5)? And who taught this young convert about the Qur’an and Islam? Is anyone in Britain investigating that, or are the implications of the question too ominous, such that they’re waving away such inquiries with the all-purpose dodge that he was “radicalized on the Internet”?

Britain is going to need to open up a great many more psychiatric hospitals.