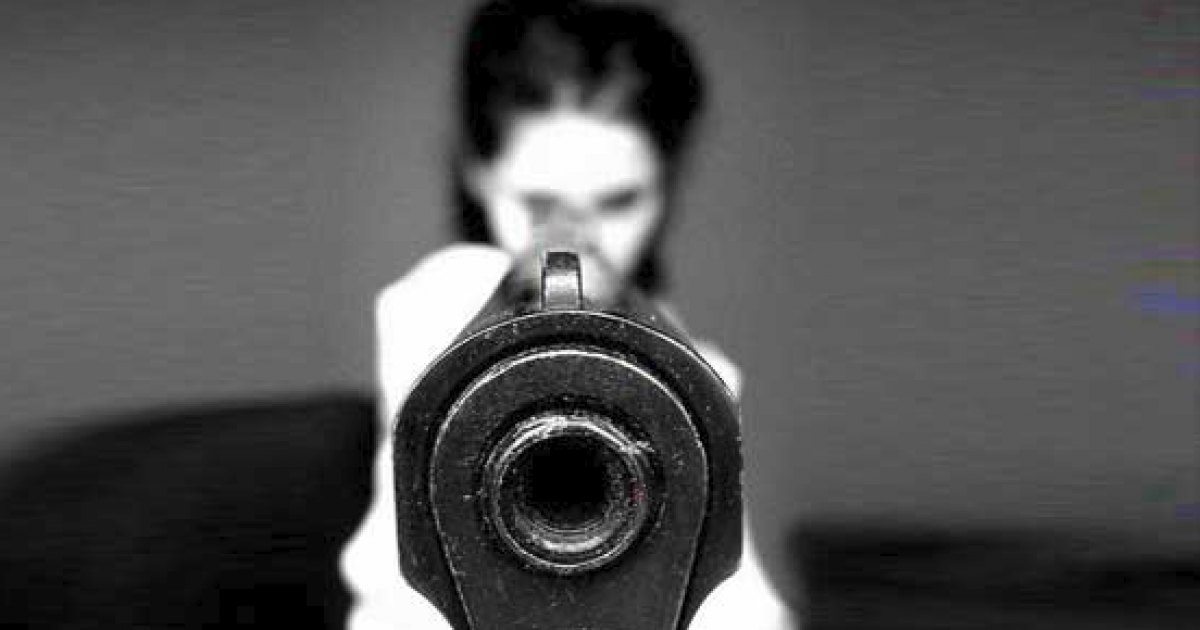 A woman and her daughter were shopping at a mall in West Virginia when things took a terrible turn. And if the mother had not been armed and willing to use her firearm, there’s no telling how badly this story would have ended.

Who would think that Old Navy would be a place that you need to be armed?

A mother from West Virginia just made a very good case for carrying everywhere, 24-7.

She was shopping at the Huntington Mall in Barboursville, a small town in West Virginia with a population of about 4000 people. Suddenly, a man grabbed her five-year-old daughter by the hair and began dragging her off.

According to the criminal complaint, a mother was shopping with her daughter in the Old Navy store a little after 6 p.m. when the suspect approached them.

The complaint says the suspect “grabbed the child by the hair and attempted to pull her away,” and then the little girl “dropped to the floor with the male still pulling her away.”

Police say the mother then pulled out a handgun and told the suspect to let go of the child. The mother told police the man then let go of the girl and ran out of the store into the mall. (source)

This story would probably not have ended with the suspect fleeing had the woman not been armed. It’s yet another shining example of a woman defending herself and someone else with a gun. Here’s an article I wrote a while back with my own experience protecting my child with a gun.

The mom identified the suspect to police.

In the Huntington Mall case, the police were able to arrest the suspect. After the mother scared off the would-be kidnapper, she reported the incident to mall security and the local police. They found him walking near the food court.

The attacker is facing felony charges.

…Barboursville police are investigating and believe this is an isolated incident, and no further danger to the public exists.

The magistrate says he’ll have to surrender his passport and stay in West Virginia.

An Arabic-speaking interpreter was used on the phone at the arraignment.

The suspect’s preliminary hearing is scheduled for April 8. (source)

Don’t hold your breath about seeing this on CNN.

It always defies the narrative when innocent people protect others using a gun, which means that stories like these, which would encourage public opinion to support concealed carry, are unlikely to see the light of day on the mainstream news.

But we know that it takes a good guy (or gal) with a gun to defeat a bad guy when you are either physically unmatched or carrying a weapon of his own. Women, particularly, need to be armed and confident in using their weapon.

Previously, I wrote about women who used guns to defend themselves and others.

These brave women didn’t wait around to be victims. They took their personal security into their own hands. Each of them got a gun and learned how to use it. They didn’t hesitate when the time came and because of this, they and others remained unscathed.

Notice that none of the assailants threatened the women with a firearm. They tried to use their superior strength and size to intimidate their would-be victims. In each case, the gun served as an equalizer.

Biology defies the politically correct ideal that everyone is equal. If my daughters were to ever find themselves in a position where they had to fight to save their own lives, I would far rather they be armed with the handgun of their choice than any number of weekend self-defense classes. Nothing is going to empower them more than a firearm that they can use with comfort and accuracy. Nothing is going to be more likely to end a conflict before it erupts into violence than seeing that the person you thought was going to be your victim is willing to fight back with deadly force.

The idea that we all need to hand over our guns and then the world would be a safer place is nothing but a silly, rose-colored daydream with no basis in reality. If that offends you, then you need to sincerely think about the fact that under your guidelines, the smaller, weaker person will always be the victim.

We all have the natural right to protect ourselves and our loved ones. Why are some people so terrified of the idea of taking control of their own safety?

There is no way to guess how many times a firearm in the hands of a would-be victim deters a criminal and saves a life. The mere sight of a firearm doesn’t cause violence. It can prevent the violence that is brewing. (source)

And here’s yet another story that supports my claim.

Unfortunately, our right to bear arms is under threat. I’m glad we have brave sheriffs across the country who are creating Second Amendment sanctuaries. This particular sheriff is even willing to go to jail to support our right to defend ourselves.

Daisy Luther is a freelance writer and editor. Her website, The Organic Prepper, offers information on healthy prepping, including premium nutritional choices, general wellness and non-tech solutions. You can follow Daisy on Facebook and Twitter, and you can email her at daisy@theorganicprepper.ca