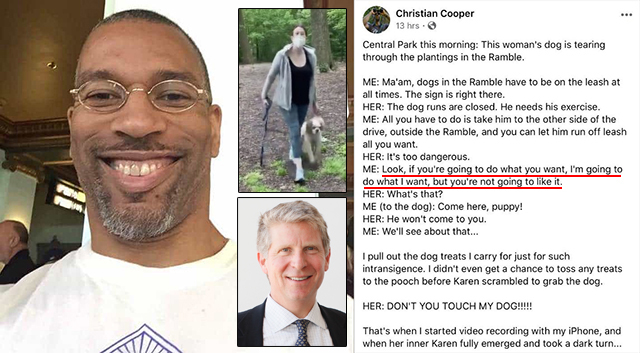 Manhattan District Attorney Cyrus Vance fought to lessen Jeffrey Epstein’s sex offender status despite the threat he posed to young girls and declined to prosecute Harvey Weinstein but he had no issue with charging Amy Cooper on Monday for calling 911 on an African-American Democrat activist who openly admitted he threatened her.

Breaking News: Amy Cooper, the white woman in Central Park who called the police on a Black bird watcher, will be charged with filing a false report https://t.co/5tZw1TrqcI

Manhattan DA's office charges Amy Cooper, the woman in the Central Park video, for falsely reporting an incident in the third degree pic.twitter.com/tGhLCpoQcw

A white woman who called the police and falsely accused a Black man of threatening her life after he asked her to put her dog on a leash will face misdemeanor charges, the Manhattan district attorney announced Monday.

Amy Cooper, the woman in the Central Park encounter, which was recorded on video and touched off intense discussions about the history of Black people being falsely reported to the police, will be charged with filing a false report, a misdemeanor punishable by up to a year in jail.

“Today our office initiated a prosecution of Amy Cooper for falsely reporting an incident in the third degree,” said Cyrus R. Vance, the Manhattan district attorney. “We are strongly committed to holding perpetrators of this conduct accountable.”

Christian Cooper on Facebook openly admitted that he threatened Amy Cooper immediately after the incident occurred.

He then pulled out mystery “treats,” which he said he carries “for just such intransigence,” and called her dog to himself.

Christian Cooper, the black man that seemed to try to abduct a woman's dog in NYC, told CNN that he pulled out dog treats specifically because it makes dog owners uncomfortable. "Dog owners hate when a stranger feeds their dog." pic.twitter.com/xg9qKjIrAF

He also works for the Democratic Party pic.twitter.com/Mmr3i8Q0iR

Amy clearly panicked as for all she knew the hostile man who threatened to do something she’s “not going to like” was trying to poison her pup with his “treats.”

She’s a single woman and her dog was everything to her, nonetheless her dog was taken away from her and given to a shelter while the incident was “investigated” (her dog was later returned). 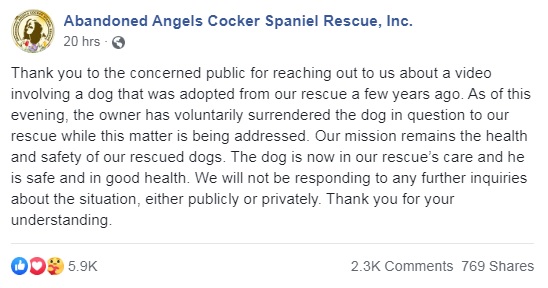 Amy Cooper was fired from her job by Franklin Templeton Investments and labeled a racist by Mayor Bill de Blasio and the international media.

Following our internal review of the incident in Central Park yesterday, we have made the decision to terminate the employee involved, effective immediately. We do not tolerate racism of any kind at Franklin Templeton.

The video out of Central Park is racism, plain and simple.

She called the police BECAUSE he was a Black man. Even though she was the one breaking the rules. She decided he was the criminal and we know why.

This kind of hatred has no place in our city. https://t.co/6PP7jIwL1g

“Once all the facts are known, Amy Cooper will be found not guilty of the single, misdemeanor charge filed in this case,” Amy Cooper’s lawyer Robert Barnes told ABC 7 NY on Monday. “The rush to judgment by some in the public, in this cancel culture epidemic, will be proven as wrong as cancel culture itself. She lost her job, her home, and her public life. Now some demand she lose her freedom? How many lives are we going to destroy over misunderstood 60-second videos on social media?”

Child sex traffickers and criminal rioters must be kept out of prison so white ladies like Amy Cooper can fill them up.

This is what passes for “social justice” the New America™.

Her racist behavior could have had dire consequences for a Black man.
Glad she’ll face consequences of her own. https://t.co/l7yNVOX2uM