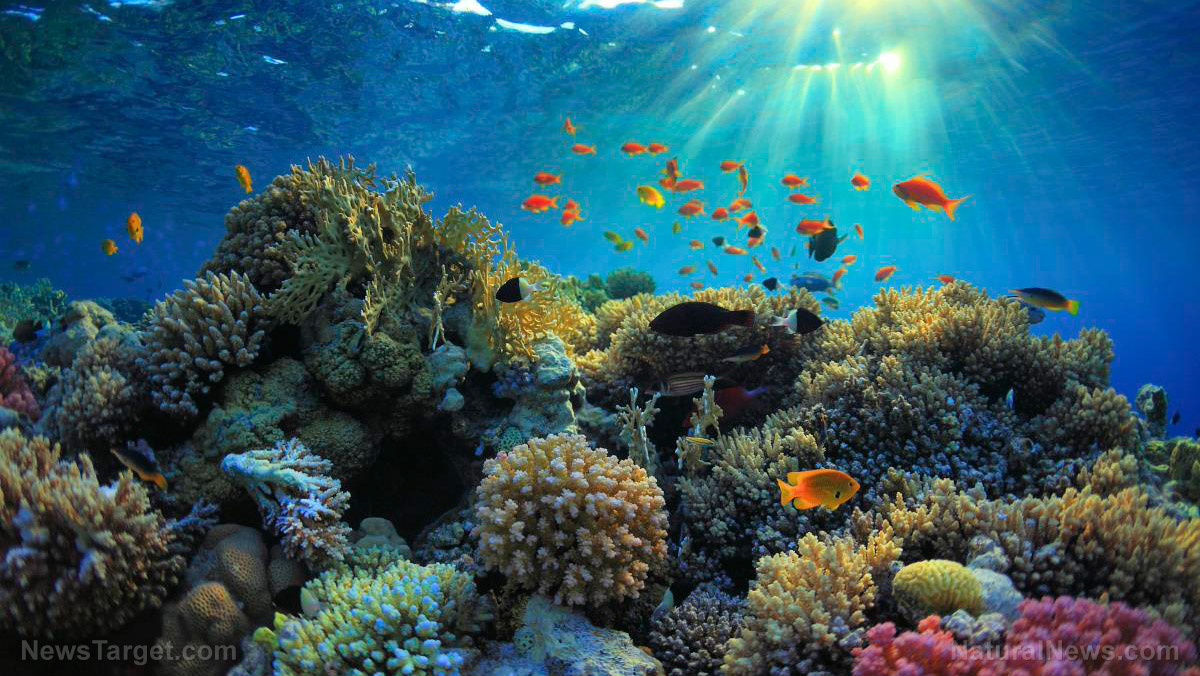 (Natural News) When it comes to biodiversity, the waters around the equator have long been miles ahead of most of the rest of the planet. The tropical waters are known for their rich and varied marine life, with creatures ranging from vibrant coral reefs, whale sharks and sea turtles to tropical tuna and manta rays.

Unfortunately, its reign appears to be coming to a close as scientists report a mass exodus of marine species from the area, and everyone on the planet could end up paying the price.

Researchers from the Universities of Queensland, Auckland and the Sunshine Coast are sounding the alarm bell about rising water temperatures in the areas surrounding the equator, which is causing species to head for cooler waters toward the polar regions in both directions.

As these species try to establish themselves in their new homes, they will essentially become invasive species there, and their fate looks grim. The researchers point out that when something similar occurred 252 million years ago, an incredible 90 percent of all marine species died. At that time, global temperatures rose by 10 degrees Celsius across a span of 30,000 to 60,000 years thanks to greenhouse gas emissions from a series of volcanic eruptions in Siberia.

A study last year of fossils from that time period showed how a strong peak in biodiversity around the equator flattened and then spread in a giant wave rearranging global diversity.

These changes are expected to cause serious disruptions to the global ecosystem. Species will be fighting for space, resources and food, which means that mass die-offs and extinctions could be right around the corner.

Of course, it’s not just the ecosystem that could collapse; humans will also suffer from this redistribution. Many tropical island nations rely on revenue from tuna fishing by selling licenses in their waters; this will no longer be possible as tuna head for cooler waters. Moreover, the reef species needed to support artisanal fishers will also likely head for the subtropics, threatening these nations’ abilities to meet Sustainable Development Goals related to marine life and hunger.

The researchers tracked nearly 50,000 different species by looking at distribution records that dated back to 1955 to determine their trajectory. They said that even though the warming seen at the equator of 0.6 degrees Celsius in the last half century is considered relatively modest when compared to the warming seen at higher latitudes, these tropical species need to move further in order to stay within their thermal niche compared to species living elsewhere.

They wrote: “For each of the 10 major groups of species we studied (including pelagic fish, reef fish and molluscs) that live in the water or on the seafloor, their richness either plateaued or declined slightly at latitudes with mean annual sea-surface temperatures above 20?.”

The typical global distribution of ocean life is similar to a bell curve, with the poles being home to a dramatically lower number of species than the equatorial areas. However, the curve is already starting to change noticeably as these creatures head for the poles.

The greatest species richness on the planet today can now be found in the southern oceans of Mexico and China and the norther oceans of southern Brazil and Australia, they reported. Their findings were published in the Proceedings of the National Academy of Sciences of the United States of America.

Changes to marine life around the equator might seem like an inconsequential issue to many people, particularly those who live far from the tropics, but the effects of the resulting mass extinctions will be felt throughout the planet.