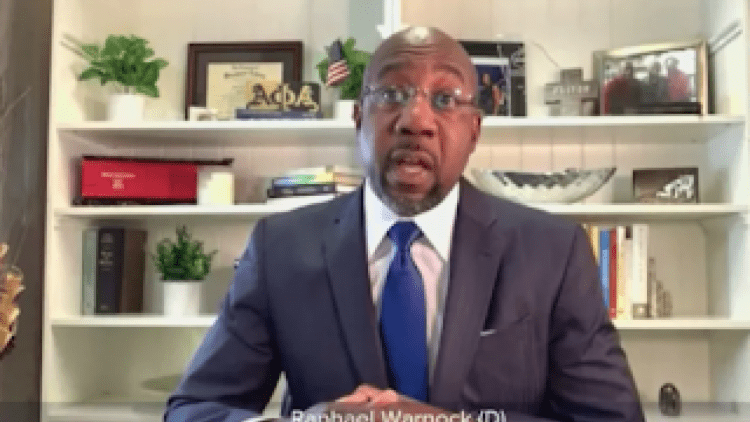 The new normal isn’t a biased media, it’s a media whose political coverage exists purely as the communications arm of the Democrats.

And that means there’s zero difference between media coverage of the Warnock-Loeffler debate and the Warnock campaign’s message. It’s why the media has built its coverage of the Georgia Senate debate over Loeffler being expected to somehow concede the election on behalf of President Trump, not remotely an appropriate question or issue, while ignoring Warnock’s dodging of the questions about…

1. His arrest for interfering with a child abuse investigation

Anyone reading the media coverage would think that the entire debate was about who won the 2020 election. And that’s the way the media wants it.

Take this bizarre rant from the Washington Post’s Greg Sargent, “of all the vile ways that Republicans have sought to justify President Trump’s effort to overturn his election loss, one of the worst is the ubiquitous claim that Trump is merely pursuing his legal right to contest the results.”

There’s nothing so vile… as exercising your legal rights. The same way that Al Gore did.

So in the category of things that the social justice government tabloid owned by the richest man in the world who makes warehouse workers pee into cups to make their quotas, when he isn’t cheating on his wife, is… pursuing your legal rights.

1. Being arrested for interfering in a child abuse investigation

4. Allegedly running over your ex-wife’s foot

Tim Brown is an author and Editor at FreedomOutpost.com, SonsOfLibertyMedia.com, GunsInTheNews.com and TheWashingtonStandard.com. He is husband to his “more precious than rubies” wife, father of 10 “mighty arrows”, jack of all trades, Christian and lover of liberty. He resides in the U.S. occupied Great State of South Carolina. . Follow Tim on Twitter. Also check him out on Gab, Minds, MeWe, Spreely, Mumbl It and Steemit
(Visited 16 times, 1 visits today)
Share
Tweet
Share
Pin