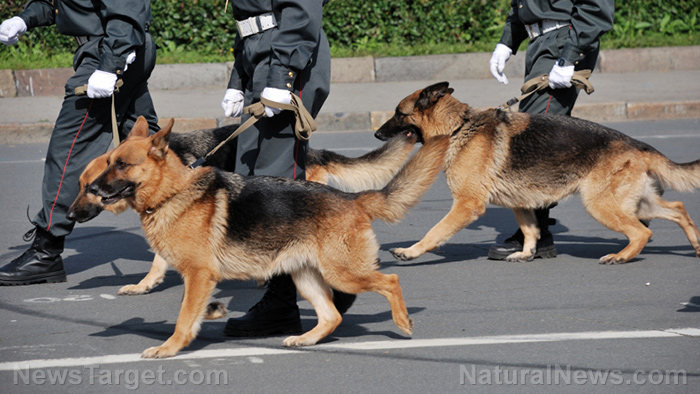 Natural News) You know what is more accurate than a PCR test for the Wuhan coronavirus (Covid-19)? A dog’s nose, according to a new study.

Researchers out of France claim that canines are more effective at screening for viruses than laboratory tests that, quite frankly, are being manipulated to further the Chinese Virus agenda.

Sniffing dogs are also more effective at detecting viruses than fast lateral flow tests (LFTs), scientists say, having the ability to detect the presence of the Wuhan Flu with upwards of 97 percent accuracy.

How they determined this is unknown, but a trial conducted back in March and April at France’s national veterinary school and at the clinical research unit of Paris’ Necker-Cochin hospital found that dogs are capable of detecting both “positive” and “negative” cases of the virus better than the tests the government has been pushing.

“These results are scientific confirmation of dogs’ capacity to detect the olfactory signature of Covid-19,” the Paris hospital board said, noting that the study is the first of its kind to make these determinations.

Now they want virus-sniffing dogs at the airport?

According to Prof. Jean-Marc Tréluyer, dog’s noses are at least as effective at detecting the Chinese Virus as the PCR test, assuming it is “tuned” correctly to not produce a false positive.

“These are excellent results, comparable with those of a PCR test,” he told Agence-France Presse.

“They could help identify those people who should undergo a full viral test and – because the dogs’ response is so quick – facilitate mass testing,” he contends, attempting to make the case that virus-sniffing dogs should be placed at concert venues, train stations and airports to sniff out the “diseased.”

So, in addition to going through the naked body scanner and getting pat down by some TSA pervert, air travelers might soon have dogs sniffing their crotches looking for Chinese Germs. If the dog barks, a nose javelin might then be inserted before a traveler is allowed to board a plane.

This all sounds like another excuse to ramp up the Covid-1984 agenda with the next phase of privacy invasion. There could come a time when dogs will be placed at the entrances of grocery stores to sniff out virus “carriers” and restrict their purchases until the dogs become happy with what they smell.

At PCR testing sites throughout Paris, hired lackeys are not only swabbing people’s nasal cavities looking for Chinese Germs, they are also rubbing cotton pads in their armpits and performing other ritualistic “medical” procedures as part of the testing process. Now they want to sic dogs on people to search for “illness.”

It is almost like the war on drugs is turning into the war on covid, complete with covid-detection dogs who will search your person for spike proteins – except those who have already been injected are exempt, of course.

Covid detection dogs are already being experimented with in Australia, Germany and Great Britain. Finland and the United Arab Emirates also both launched trials last year with sniffer dogs at the Helsinki and Dubai international airports.

More of the latest Chinese Virus news can be found at Pandemic.news.