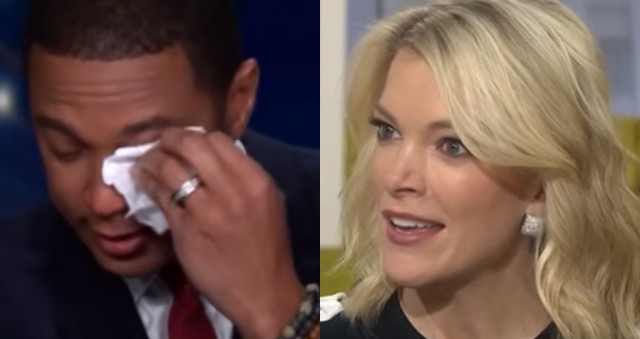 Lemon said Monday night he feels like the fictional character Howard Beale from the 1976 movie “Network,” where the iconic phrase, “I’m mad as hell, and I’m not going to take it anymore,” entered the American lexicon.

Lemon took issue with President Donald Trump “taking time to argue with reporters and air his grievances” during a coronavirus press conference briefing in which he was questioned about a Health and Human Services inspector general report noting shortages at hospitals amid the pandemic.

“I have to be honest with you. For the last couple of weeks, when I walk into this building, and I get in front of this camera, I swear I feel like I’m in the movie Network. I feel like Howard Beale,” he said. “Americans are mad as hell. What are you going to — how much more can Americans take?”

Kelly shot back at Lemon on Twitter following the segment.

“CNN still pretends he is an objective news anchor (yeah, sure) while the msm recoils in horror at the bias of Fox/OANN, etc. Who do they think they’re kidding?” she said, using the initials for “mainstream media.”

CNN still pretends he is an objective news anchor (yeah, sure) while the msm recoils in horror at the bias of Fox/OANN, etc. Who do they think they’re kidding? https://t.co/JwkhpTUvgs

Lemon is a frequent critic of the president and his administration.

The White House has noted in the past that it isn’t up to the federal government or the White House to dictate to private or public hospitals what they must stock in terms of supplies.

Also, the president himself has pushed back on claims from the media and some Democrats that he’s responsible for coronavirus deaths.