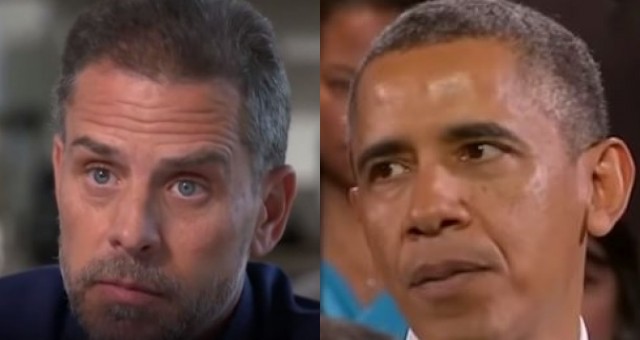 The son of former Vice President Joe Biden had “VIP access” to the upper echelons of President Obama’s State Department at a time when his father was working to kill a corruption investigation into an energy company paying him tens of thousands of dollars per month.

Investigative reporter and Fox News contributor John Solomon said Saturday that he has obtained memos via a Freedom of Information Act request that change the entire narrative from the Biden 2020 campaign.

“It’s pretty clear that Hunter Biden, his business partner Devin Archer, and their legal lobbying team in America for Burisma, the Ukrainian-owned company, had VIP access to the top of the State Department,” Solomon told Jesse Watters.

“Hunter Biden talked to Tony Blinken, the deputy secretary on a couple of occasions,” he continued. “That’s very significant. Blinken is the closest national security adviser Joe Biden had during his time in the White House.”

Solomon noted further that before Blinken “was Joe Biden’s guy, he was John Kerry’s guy” — when Kerry was secretary of state.

Hunter Biden and Chris Heinz, Kerry’s stepson, managed to land a lucrative billion-dollar deal with a Chinese government bank during the Obama administration.

Solomon also reported that Archer was actually talking directly to Kerry during the same period.

“And when they do it, they invoke Hunter Biden’s name,” Solomon said. “They say, ‘You need to help us because Joe Biden’s son is on the board.”

“That’s why you put Hunter Biden on the board, it’s a protect deal,” Watters countered.

Exactly right. So when Joe Biden was bragging that the U.S. would withhold $1 billion in loan guarantees to Ukraine unless that government fired a prosecutor looking into Burisma corruption, he demanded that quid pro quo specifically to protect his son.

Solomon noted further that the American legal team approached the Obama State Department in February 2016 after the home of the oligarch who ran Burisma at the time was raided by the Ukrainian prosecutor — an important timeline to note.