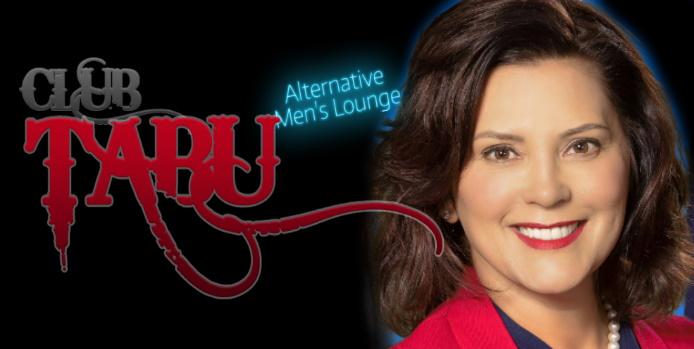 With many States having governors that are constitutionally illiterate, the treatment of business owners vary when it comes to deciding which businesses are “essential” and which are not during this coronavirus hoax. If you are a frequent Sons of Liberty Media connoisseur of the website, including the 6 AM Eastern and 3 PM Eastern radio shows, you have heard and read the stance on work – all work is essential; work honors God as He commands us to work; and, government has no authority to determine whether you can work or not.

However, some State governors, like Gretchen “Hitler” Whitmer, have usurped their authority by assuming the power to determine which businesses can open and which cannot, meaning it’s strictly subjective. How else can one explain why a homosexual, sodomite “swinger’s” club can remain open while “Hitler” Whitmer rabidly targets a 77-year-old barber? Yes, you read that correctly. An individual who cuts hair and follows strict cleaning protocols for the coronavirus hoax has lost his license, preventing him from earning a living, while the local homosexual, sodomite swinger’s club, Club Tabu remains open.

Megan Fox, writing for PJ Media, has the story.

There is perhaps nothing more confusing than Democrat governors’ orders during the Chinese WuFlu pandemic. Michigan Governor Gretchen Whitmer is by far the worst. That was made clear with the news that a gay swinger’s club with “glory holes” is being allowed to operate under her nose in Lansing while she aims her business-killing death ray on 77-year-old barber Karl Manke for giving haircuts.

But strangers servicing each other through holes in a basement wall in the state capitol is perfectly fine. I guess group sex is an “essential” activity in the Democrat-run state of Michigan. The underground private club, Club Tabu, has a website that describes what goes on there. (HT: Steve Gruber)

This homosexual sodomite swinger’s club describes events as “private party” lifestyle socials and prohibits sexual activity except in private accommodations. Well, that’s certainly better – NOT, Here’s the big question – If a barber shop cannot open because of violating social distancing “orders” despite the wearing of masks and rigorous cleaning protocols, how does a homosexual sodomite swinger’s club that engages in sexual activity not in violation of those same tyrannical decrees?

Unlike Manke, who is sterilizing everything in his barbershop and wearing a mask to cut hair, Club Tabu has no announcement on their social media about what precautions they are taking, if any, to keep people who are engaging in full body contact with strangers safe. In fact, the only messaging they are giving is that they are open. The website FAQ’s says, “Yes, we are still open; if this website is still up – we are open!!!”

No way was this writer going to “google” anything regarding the holes the basement walls because no need was seen in spreading the debauchery. And, the club does not even announce any precautions on the website – a site unpleasant to visit but necessary to check sources. Here’s the real kicker. Someone posted in the comment section the club should reconsider their precaution and open stance because of the close proximity of people. The club responded, “Data proves different. Additionally, we are a private club and if our members want to visit we will welcome them”.

To be fair, Fox, through PJ Media, attempted to contact the club to verify it being open since a review placed a “patron” there on May 14th. However, there was no answer, but the conclusion drawn, based on the information on the website, indicates the club is in full operation and open.

Fox deduced this is not about health, which is something the alternative media has been saying almost since day one. Where Michigan Governor Gretchen “Hitler” Whitmer is concerned, it is about ego, control, and revenge. This is a woman who sent six officers to serve Karl Manke orders to close his business for violating her “decrees” but can’t bring herself to send officers to Club Tabu to close that business for violating Queen Whitmer’s decree. Oh wait, homosexual sodomite swinging is essential while barber/beauty shops are not.

Our leaders have been giving us incredibly bad advice since this coronavirus pandemic happened including Dr. Fauci himself who insists we all stay in our houses and not see our parents or family members for their own safety while he and the state of New York have given very weird advice about sex and COVID-19. We were told we can’t have lunch with Grandma, but we can have sex with strangers. Seems legit. The New York Post reported:

Toward the end of the taped segment, Fauci was asked: “If you’re swiping on a dating app like Tinder, or Bumble or Grindr, and you match with someone that you think is hot, and you’re just kind of like, ‘Maybe it’s fine if this one stranger comes over.’ What do you say to that person?”

Then he dropped the bombshell. “If you’re willing to take a risk — and you know, everybody has their own tolerance for risks — you could figure out if you want to meet somebody,” said Fauci, who was named a candidate for People magazine’s “Sexiest Man Alive” award.

He added, “If you want to go a little bit more intimate, well, then that’s your choice regarding a risk.”

The state of New York put out an equally bizarre guide to sex during the pandemic, which didn’t seem to adhere to social distancing guidelines. Read at your own risk. “You should avoid close contact — including sex — with anyone outside your household. If you do have sex with others, have as few partners as possible.”

The more investigation done into this coronavirus “non”pandemic hoax, the more we see none of these actions are about health, despite the government parading out a doctor who hasn’t seen a patient in 30 years and is a government shill and another doctor who doesn’t even hold an active license in any US State telling us otherwise. This is about control – who will follow like the cowardly sheep they are and who will stand up for freedom, liberty, and God-given individual unalienable rights. Moreover, the government learns who is also apathetic, caring not which way the wind blows.

And, while much of the population is nestled, all snug in their forced “house arrest” and others run around wearing masks, over using hand sanitizer, government at all levels are busy little bees, while both Chambers of Congress not being altogether as the Constitution requires for passing of legislation, presenting pre-written bills by lobbyist that are passed without anyone reading them and sent off to the President’s desk where he is sure to sign them all.

Not to be taking sides here, but Club Tabu did get it right when indicating the data does not support the level of measures governors and the feds have “decreed” upon the people. Being a “private club” has nothing to do with whether you follow unconstitutional decrees or not. Neither does any other business the public enters. How could it when one is dealing with a hoax? This coronavirus hoax is being used as the catalyst to rapidly implement an agenda created by opportunistic globalists to crush the united States in every way possible.

For this agenda, Whitmer is the poster female governor idiot. If one wonders what fascist communism looks like as far as the social aspect, look no further than Gretchen Whitmer. If people do not get enraged by the fact that homosexual sodomite swinger club “Tabu” is open for business while law enforcement, under orders, descended upon a 77-year-old barber to shut his business doors, there is little hope for a return to a pre-hoax normal.